Kareena Kapoor Khan will next be seen in Good News opposite Akshay Kumar. The film also stars Diljeet Dosanjh and Kiara Advani in pivotal roles and is directed by Raj Mehta.

Kareena Kapoor Khan and her gang of girls are the most stylish ones in the city. We know that they dine together, work out together and slay together. In fact, Bebo and BFFs Amrita Arora, Malaika Arora along with sis Karisma Kapoor, even take off for exotic vacays and holidays together and slay there as well. It's really a sisterhood, a fun one at that and we can never stop gushing about the #SquadGoals they hand out every time they step out. Also Read - Super Dancer Chapter 4: Shilpa Shetty to make a grand comeback with her Dhadkan costar Suniel Shetty in tow

Speaking of which, Kareena Kapoor Khan and Amrita Arora are living it up in London currently and their pictures have flooded social media. While we are not sure if it's just another work trip or just another globe-trotting experience. Anyway, they are roaming the streets of the Queen city's and while being fashionable, if I may add. Check out their pictures here. (Also Read: Karan Johar on Kareena Kapoor Khan: Bebo wakes up and calls her PR team for gossip) Also Read - Super Dancer Chapter 4: Malaika Arora misses her gang of girls Kareena Kapoor, Karisma and Amrita Arora on the show – here's why! 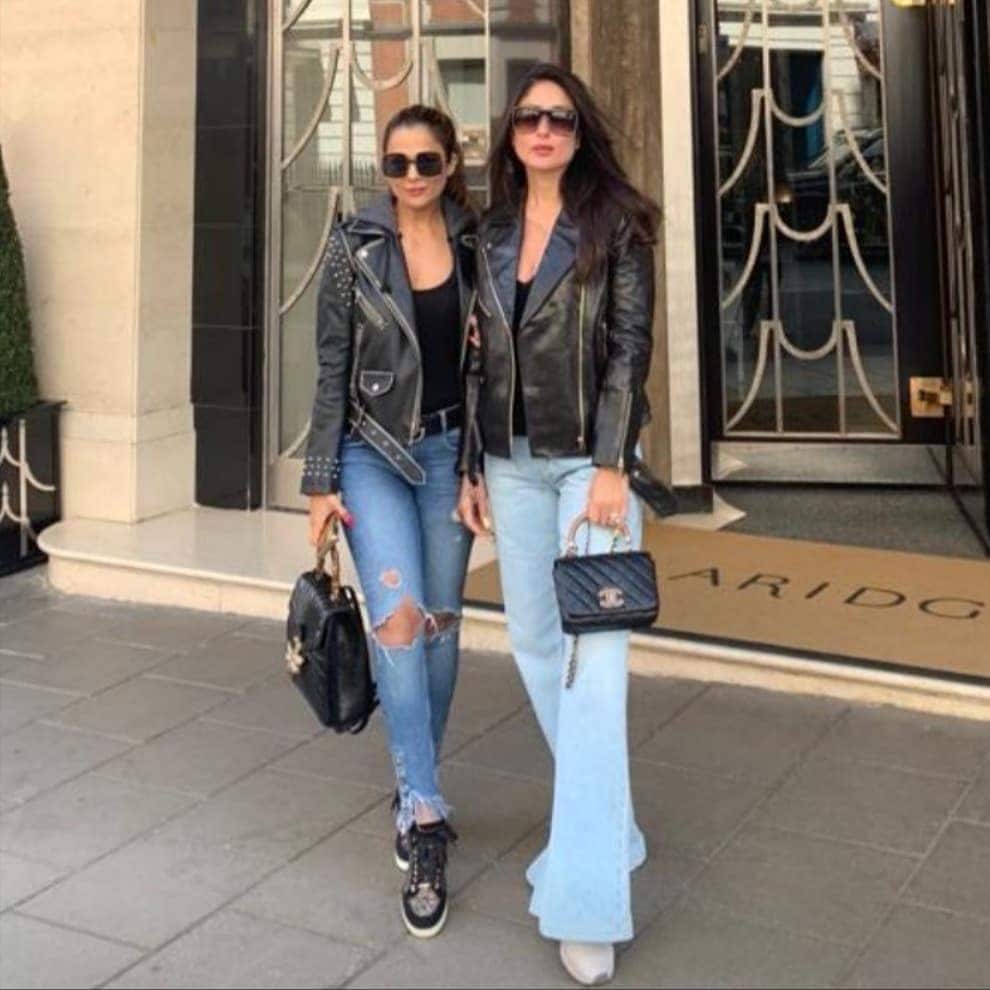 See how Kareena and Amrita are twinning in leather jackets and denim? Yeah, that's their thing! Earlier, they had a blast at Amu's terrace party where even Malaika had joined to raise the temperature.

On the work front, Kareena Kapoor Khan will be seen in Good News opposite Akshay Kumar. The film also stars Diljeet Dosanjh and Kiara Advani in pivotal roles and is directed by Raj Mehta. The film is set to hit the screens on September 6 and will clash with director Anurag Basu's untitled venture, which features an ensemble cast of Abhishek Bachchan, Rajkummar Rao, Fatima Sana Shaikh, Aditya Roy Kapur, Sanya Malhotra and Pankaj Tripathi.

The Bollywood diva is also endorsing some top brands and is a much-sought-after name in the circuit. She is associated with a top cosmetic brand and her equity has increased after marriage and the birth of Taimur. A source told DNA After Hrs, "In the last 18 years, Kareena has been a consistent face of over 15 brands at any given point. Her brand equity has increased after marriage and motherhood." Reportedly, she has bagged a whopping amount of Rs 11 crore to promote a health drink now and something tells us it's just the beginning!