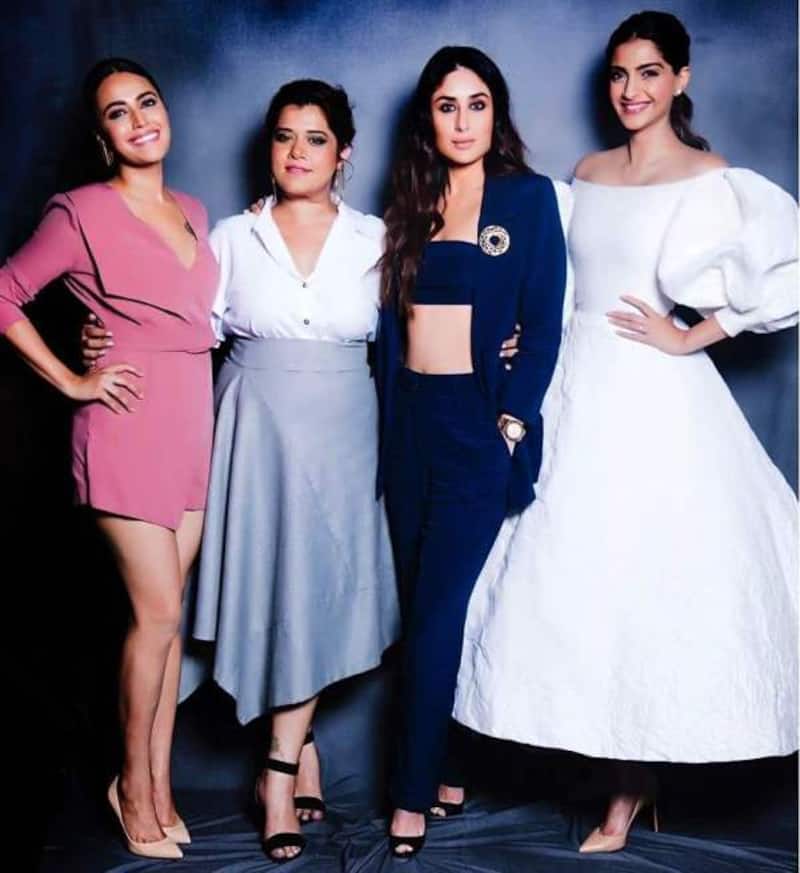 Casting couch has been a topic of debate across the world since decades. However, after the Harvey Weinstein scandal, the topic blew open once again a few months back. And when the matter had just about settled, Sri Reddy started it again. But it got even more messy when Saroj Khan made a controversial statement yesterday (April 24). The ace choreographer drew a shocking "rape" analogy to defend casting couch in Bollywood, saying "it provides livelihood at least." Several celebrities have spoken up about casting couch and Saroj Khan's remarks since yesterday. However, Kareena Kapoor Khan and Sonam Kapoor were in no mood to talk about the topic, as they royally ignored it at Veere Di Wedding's trailer launch. Also Read - Laal Singh Chaddha box office collection day 2 prediction: Aamir Khan starrer drops by 30% from day 1; some shows going empty

While Kareena was not at all ready to speak, Sonam mentioned at the Veere Di Wedding trailer launch, "Every question not relating to the film, I promise you, me, Kareena and Swara will answer this on a one on one basis. Right now we are launching the trailer of our film and we don't want the next headline to be like 'Swara Bhaskar told this about casting couch.' We will talk about this on a one on one basis." Check out all their reactions and answers about casting couch in our video right here and share with us what you thought about it in the comments section below! (ALSO READ - Ranbir Kapoor on casting couch: I've never faced it in Bollywood, but if it is happening, then it's very bad) Also Read - Laal Singh Chaddha box office collection: Exhibitors of Aamir Khan-Kareena Kapoor Khan film SLASH 1300 shows due to lack of audience; 'disastrous scenario' worries trade

For those of you who don't know, Saroj Khan was a part of a panel of members on a news channel, debating against the accusation of casting couch in India. That's when she said, "Can I tell you one thing? This has been going on since the beginning of time. It hasn’t started now. Someone or the other tries to take advantage of every other girl. The government’s people do it too. Then why are you after the film industry? It provides livelihood at least. It does not rape and leave you. It depends upon the girl, what she wants to do. If you don’t want to fall in wrong hands, you won’t. If you have art, then why would you sell yourself? Don’t take film industry’s name, it is everything for us." Also Read - Raksha Bandhan box office collection day 1: Akshay Kumar witnesses LOWEST opener in years; trade in tears; poor everywhere except, Gujarat, CI, Rajasthan