Looks like Taimur's weekend plans have been booked with grandmother Babita! Just yesterday, if you remember, we had shared some impeccably cute pics of the chota Nawab, stating that he was returning from his visit to nani. And looks like he has left to meet her, yet again, this time accompanied by mommy Kareena Kapoor Khan. Our shutterbug shared images of the couple mother-son duo outside Babita's residence. The most adorable part about them was the fact that they actually twinned in white. It's always nice to see when celebs twins with their kiddos. Just as Bebo had said after his birth, Taimur certainly is a handsome boy. In fact, he is so cute that we wish we could just meet him and pull his cheeks. Don't you feel the same, everytime you look at the young boy? Also Read - Trending Entertainment News Today – Saif Ali Khan reveals one thing he would not dare to do with Kareena Kapoor Khan; Kriti Sanon celebrates her birthday with the media

Unlike other parents in the industry, Kareena and Saif aren't fazed by the paparazzi giving their son Taimur so much limelight. Never once did either of them throw a fit at the shutterbugs for clicking his pictures. That shows just how cool both his parents are. Speaking of cool parents, from his outfits, we can be certain that the boy is living up to Bebo's reputation as a fashionista. The white shirt and beige pants are a classic match. Even Kareena kept it cool and casual in a white tee and black pants. You can check out the pictures of the duo below. Also Read - Saif Ali Khan-Kareena Kapoor, Sanjay Dutt-Maanayata Dutt – 10 celeb couples who didn't let age difference come in the way of love

ALSO READ - [Photos] Taimur Ali Khan is back home after a weekend trip to granny Babita’s place and it’s an cuteness overload Also Read - 'She would stab me,' Saif Ali Khan reveals one thing he would not dare to do with Kareena Kapoor Khan 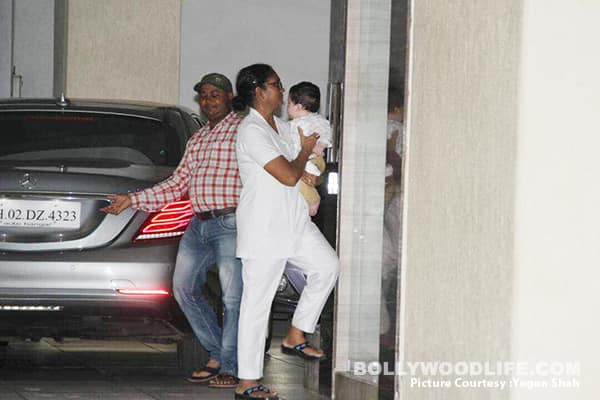 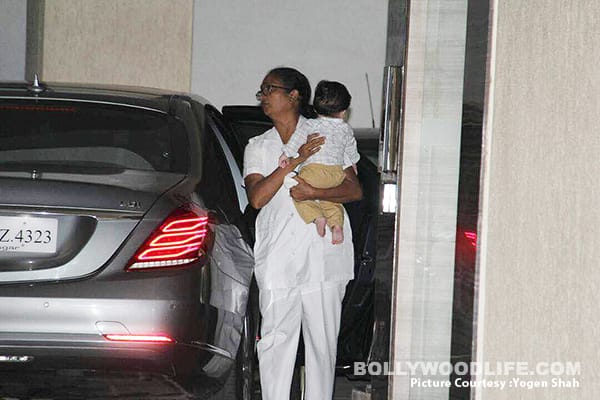 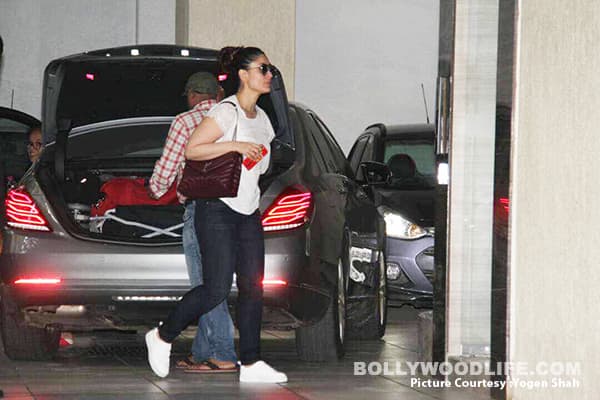 If you think about it, earlier too, when the young boy was spotted with his mommy dearest at Tusshar Kapoor's son Lakshya's first birthday, they were twinning. Perhaps that's how Bebo likes to keep it. It's a lot like how celebs in Hollywood would do. Be it Kim Kardashian or Blake Lively, they all have had their share of twinning outfits with their kids. We must say though, the Prince Taimur is certainly winning hearts! Ever since his birth, he has been loved by all. Not just family but even fans! His cuteness has left everyone stumped. Of course, with parents like Saif and Kareena, it is pretty obvious that he'd be getting the best of both worlds.

Anyway, what are your thoughts on the pictures? Tell us in the comments box below. Also, stay tuned to this space so you don't miss such lovely pics of celebs with their babies.