Kareena Kapoor Khan has turned a year older today. Her aunty, Neetu Kapoor has wished the actress in the sweetest way. Check out her post right here. 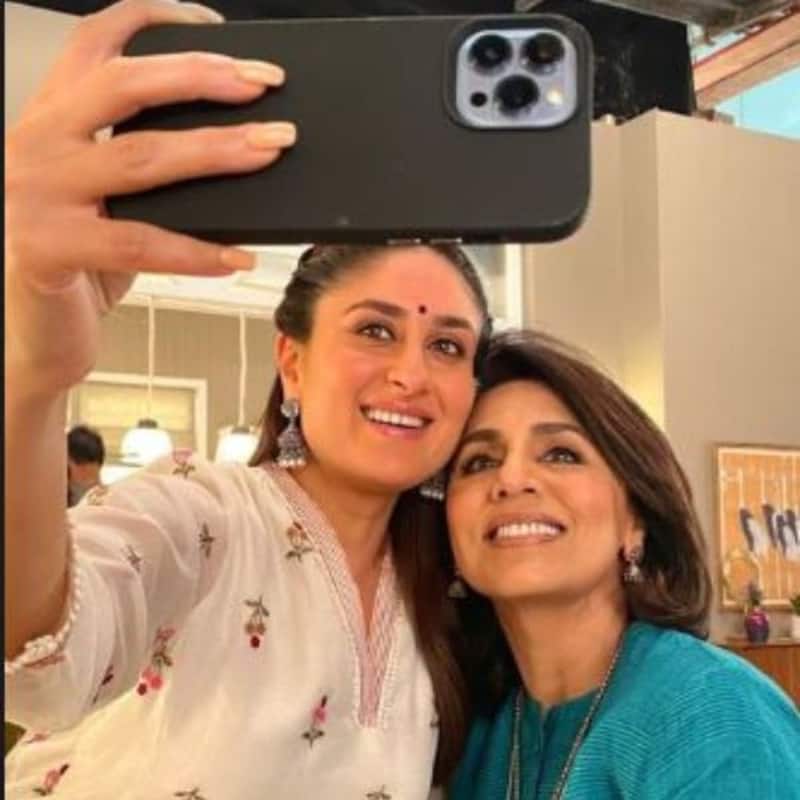 Kareena Kapoor Khan turned 42 today. The actress was last seen in Laal Singh Chaddha opposite Aamir Khan. As the actress turned a year older, her fans and well-wishers showered the actress with adorable birthday wishes. Even her aunt Neetu Kapoor, took to her Instagram stories to wish the actress on her special day. Also Read - Ananya Panday dating two men, Ira Khan gets engaged and more: Star kids who are in the news all thanks to their interesting love lives

Ranbir Kapoor's mom Neetu posted a selfie with Kareena on her Instagram story and spoke about Kareena being beautiful inside out and wished her happy birthday. In the throwback photo, the actress is seen wearing a white kurti with jhumkas and a bindi. Neetu was seen wearing a blue kurti. Also Read - Kareena Kapoor Khan's 7 unseen photos without makeup prove she is the real beauty queen 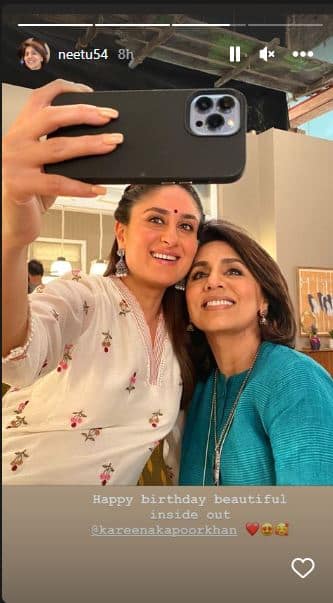 Neetu and late star Rishi Kapoor's daughter Riddhima Kapoor Sahni also wished her cousin. She posted a picture from her holiday in London and wrote on her Instagram story, "Happy happiest bday (birthday) darling Bebo (Kareena)". She also added a hashtag along with an emoji. The picture also showcased their aunty Reema Jain. 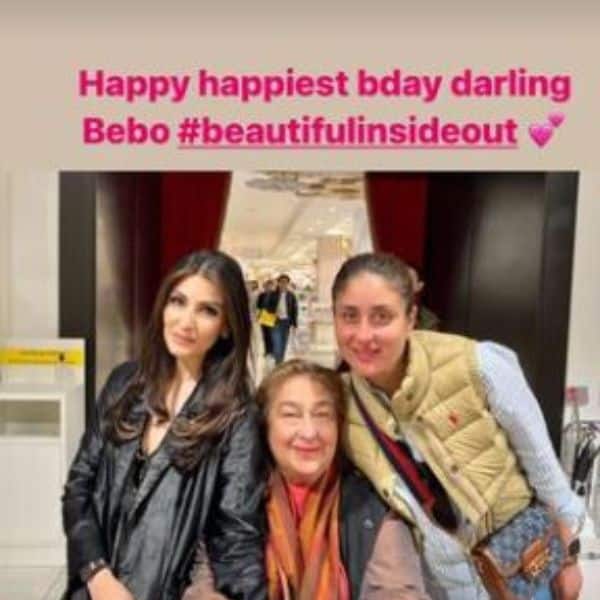 Talking about the actress she is known for her fantastic performances in Kurbaan, Heroine, Jab We Met and many other movies. From romantic to action-based movies, the actress has proven her acting prowess in every genre and is one of the highest-paying stars in the Hindi film industry. She is the daughter of Randhir Kapoor and Babita Kapoor, whereas Riddhima is the daughter of Randhir's brother late actor Rishi Kapoor.

The diva got married to Saif Ali Khan on October 16, 2012. It was in 2016 when they were blessed with Taimur and in 2021 they became parents to Jeh. Saif was previously married to Amrita Singh and has two kids Sara Ali Khan and Ibrahim Ali Khan. Saif and Kareena have worked together in LOC Kargil (2003), and Omkara (2006) but it was during their movie Tashan; that they fell in love with one another.