Laal Singh Chaddha actress Kareena Kapoor Khan was recently featured on Case Toh Banta Hai. And the actress' comment about helping to raise revenue for Indian Railways after Jab We Met has met with criticisms. 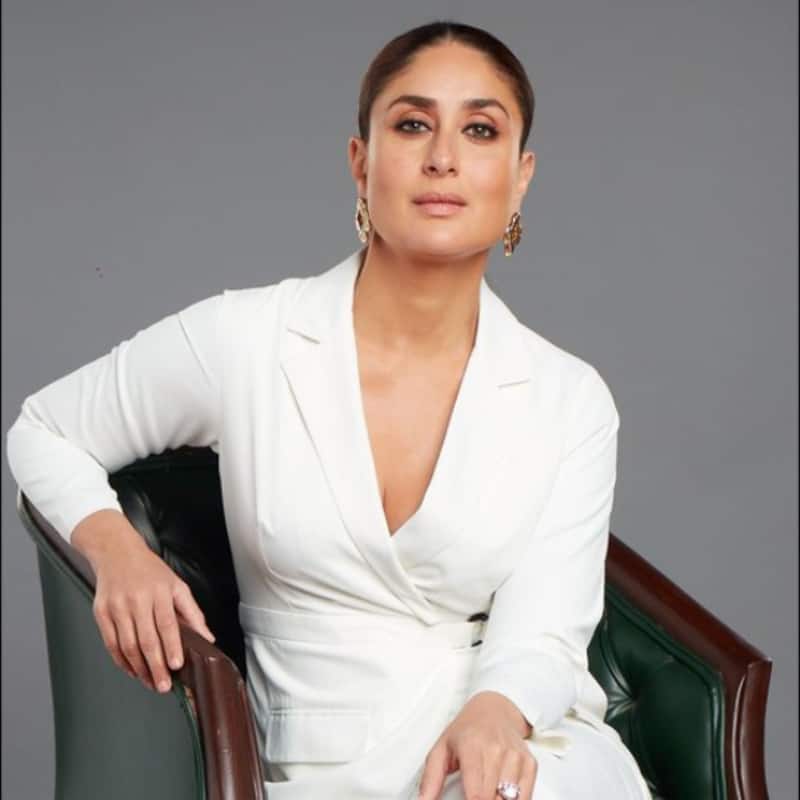 Kareena Kapoor Khan has been grabbing headlines a lot lately. Ever since the release of Laal Singh Chaddha co-starring Aamir Khan, the actress has been making it to the news quite often. Kareena Kapoor Khan has been busy making appearances, giving interviews and promoting Laal Singh Chaddha these days. She recently featured on Case Toh Banta Hai, a comedy show featuring Kusha Kapila, Riteish Deshmukh and Varun Sharma to name a few. Kareena Kapoor Khan's joke over her character increased revenue of Indian Railways has become the talk of the town. Also Read - It’s AWKWARD! Hrithik Roshan, Deepika Padukone and more celeb moments will make you laugh till your cheeks hurt

In the latest episode of Case Toh Banta Hai on Amazon Prime Mini TV, Kareena Kapoor Khan made an appearance. Pictures and videos of Kareena Kapoor Khan being the boss lady in a stunning white outfit have been going viral. Reel videos of Bebo have also grabbed the attention of the masses. And in the episode, Kareena Kapoor also made a joke about how her character, Geet from Imtiaz Ali's Jab We Met helped increase the revenue of Indian Railways. She also said that after the film, the sales of Harem pants in India increased as well. Slipping into her character of Geet years later, Bebo said, "Mere Geet play karne ke baad harem pants ki sale aur Indian Railways ki revenue, dono badh gayi hai by the way." Also Read - Malaika Arora to Kareena Kapoor Khan: Bollywood actresses over 40 who still make men go weak in the knees

Kareena Kapoor Khan always makes it to the trending entertainment news. And now, this statement of the actress has also grabbed the attention of the masses. And she is yet again getting trolled for making a joke about it. One of the netizens called Kareena's comment, a high-headed one. Check out the tweets here: Also Read - Remember Tarun Arora, Kareena Kapoor Khan's boyfriend in Jab We Met? He looks unrecognisable in his salt-n-pepper look [View Pics]

Indian railways used to make lose of 43 pc of its revenue in passenger train till 10 years ago. So Kareena was responsible for higher loss. ?

Hence railways should give royalty to Kareena!

Kareena Kapoor says she increased Indian Railways' revenue by playing Geet in Jab We Met https://t.co/ZB8OVG9ISX
via @htshowbiz
With her high-headed comment in the case of Lal Singh Chadha there is no chance anyone gaining by maki publicity through HER.https://t.co/aXHUYp2rwR

Kareena Kapoor says she increased Indian Railways' revenue by playing Geet in Jab We Met.
These Bollywood celebs are so out of touch with reality and then they wonder why people are not connecting with them.https://t.co/H4aZhpkFKQ

Yes, it was the first movie ever shot in train, before that nobody knew that we have railway transportation too..

After the disaster of LSC pic.twitter.com/CseKXj7NOa

Due to her movie " Chupke Chupke " The number of dumb girl increased .

Kareena on the receiving end after Laal Singh Chaddha

Laal Singh Chaddha is said to be a disaster at the box office. Kareena Kapoor Khan and Aamir Khan starrer is a remake of Tom Hanks starrer Forrest Gump and was released on 11 August. However, the film hasn't been able to recreate any magic at the box office. Instead, it has been the biggest trend for all the wrong reasons. Laal Singh Chaddha has been called for a boycott. Kareena Kapoor Khan's old interview wherein she claimed that nobody has forced the masses to watch their films have been going viral. She was slammed with the boycott trend after her latest video claiming people should watch Laal Singh Chaddha went viral.