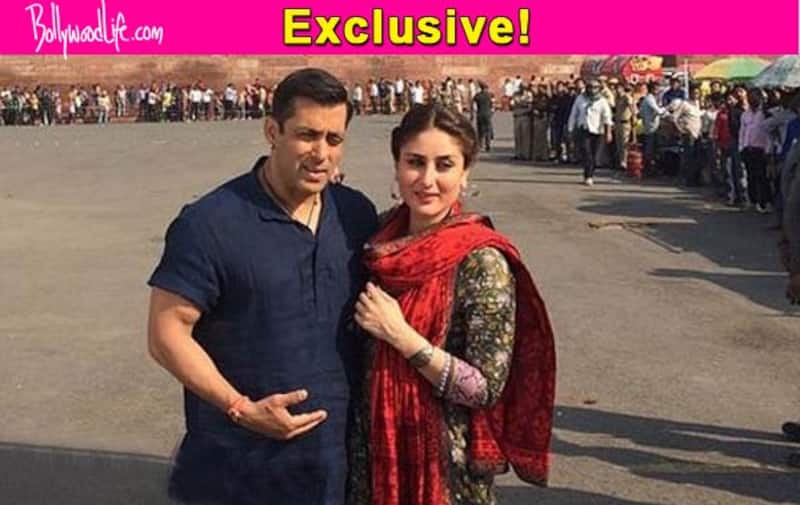 Well, if you're wondering what are we talking about then just read on...

Not so long ago Kareena Kapoor Khan was almost out of work after her films bombed badly at the box office. When everyone wrote her off we heard about her signing Kabir Khan's film Bajrangi Bhaijaan opposite Salman Khan. However, it seems like the much talked about movie is a disguised cameo! Why do we say so? Well, we hear that Bebo's role in the film is not beyond a 15 to 20 minute appearance. Also Read - Raksha Bandhan 2022: Ranbir Kapoor give the festival a miss due to wife Alia Bhatt

A source revealed that Kareena, who has been posting selfies with the Kick hero has a very little onscreen time. And that Salman is the central character of this movie along with a little girl. Like the title suggests, the film is about the little girl and her bhaijaan. We're sure KKK fans will be disappointed juts like us. After all we were looking forward to her collaboration with SK. Also Read - Suniel Shetty extends support to Akshay Kumar-Aamir Khan amidst the 'boycott trend' against Raksha Bandhan and Laal Singh Chaddha

Once a No 1 Bollywood heroine was hoping to revive her career. As if her changed relationship status wasn't enough her movies too bombed at the box office. The diva also apparently had a major fallout with her producer/director friend Karan Johar for replacing and promoting his new protege Alia Bhatt. She even had to opt out of Shuddhi starring Hrithik Roshan after the latter walked out due to health reasons and delay. The actress became the topic of discussion for her lack of work, when Rohit Shetty roped her for Singham Returns opposite Ajay Devgn. Thankfully the sequel turned out to be a hit. Also Read - Raksha Bandhan movie screening: Rupali Ganguly, Sunny Kaushal with mom-dad and more celebs attend the private preview of Akshay Kumar's film

But looks like her future line ups aren't as interesting. Coz not just Bajrangi Bhaijaan, Kareena also has a very small role in Akshay Kumar's Gabbar. It seems that she will be playing Akki's dead wife in the film. With two big films and really miniscule roles in both of them, do you think that Ms Kapoor should opt for a more meaty one? Well, we certainly do!