Kareena Kapoor Khan got mobbed at the Mumbai airport when a fan tried to hold the actress. Here's how netizens reacted to Kareena's patience. 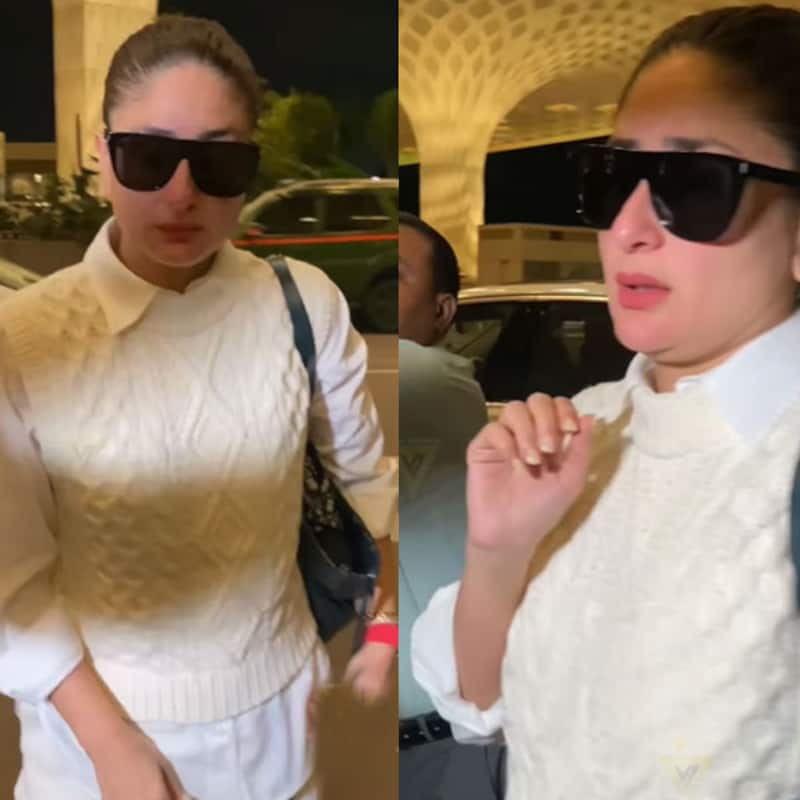 Bollywood actress Kareena Kapoor Khan was recently spotted at the Mumbai airport late Sunday night. She was accompanied by her younger son Jehangir Ali Khan and his nanny. Kareena was walking towards the entry gate when her group of fans surrounded her to click pictures. Bebo's security team came to her rescue and made her walk through the crowd. Kareena stepped out of her car and looked super cute in a white shirt and track pants paired with a knitted sleeveless sweater. Kareena was surrounded by a bunch of fans who gathered her. Also Read - Vijay Deverakonda to Deepika Padukone; When B-Town celebs openly spoke about their sex lives in public

Kareena looked scared for a moment as a fan was about to put his arm across her shoulder for a selfie picture. But the stranger was stopped by Kareena's bodyguard. Kareena did not lose her calm and was seen holding her patience. Also Read - Saif Ali Khan's son Ibrahim to debut in Karan Johar's Kashmir-based crime thriller with Kajol? Here's what we know

Watch Kareena Kapoor Khan get mobbed at the airport -

Users filled the comments section with negative messages and were seen supporting her. One user, “This is not right, fans should know how to behave.” While, another commented saying, “Very bad fans should not forget their limits.” Another user said, “People have gone Mad or what? Have some decency.” Also Read - Janhvi Kapoor, Alia Bhatt and more: A sneak-peek at Bollywood stars' phone wallpapers

On the work front, Kareena left for London to shoot for her next film which will be directed by Hansal Mehta. The film will be co-produced by Ekta Kapoor under her banner Balaji Motion Pictures. Kareena was last seen in a film co-starring Aamir Khan in Laal Singh Chaddha.