There were rumours that Kareena Kapoor Khan is pregnant for the third time. Now, finally, the actress has reacted to the rumours. Read on to know more... 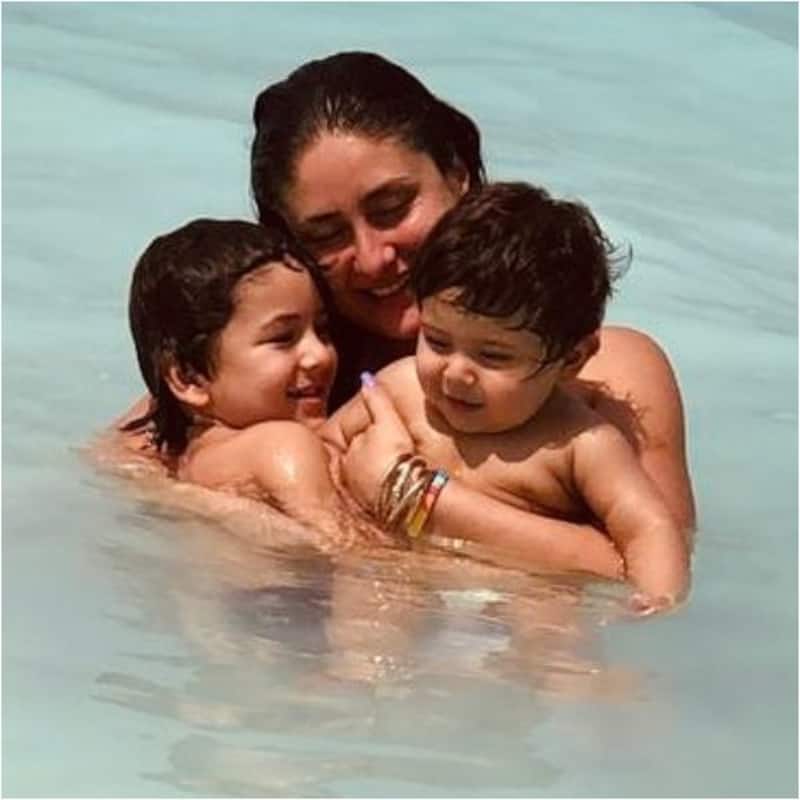 Kareena Kapoor Khan has been in the news for the past few days because of her rumoured third pregnancy. The actress along with her hubby Saif Ali Khan, and kids, Taimur Ali Khan and Jeh Ali Khan, is currently holidaying in London. After having a look at the actress’ pictures from her holiday, netizens speculated that she is expecting her third child with Saif. But, finally, the truth has been revealed as the actress opened up about it. She has clarified that she is not pregnant. Also Read - Emergency actress Kangana Ranaut buys some of PM Modi’s most valuable possessions [View List with Pics]

Bebo on her Insta story shared, "It's the pasta and wine guys... Calm down... I am NOT pregnant... Ufffff... Saif says he has already contributed way too much to the population of our country... Enjoy.. KK." Also Read - Kylie Jenner leaves precious little to the imagination in her latest sheer see-through gown [View Pics in PRIVATE] 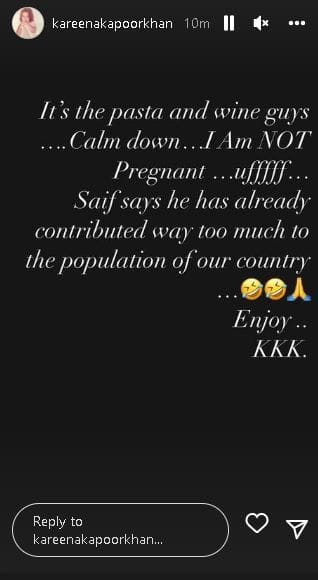 Also Read - SSMB28: Mahesh Babu, Trivikram film shoot to again get delayed for THIS reason; will it affect the release date? Here's what we know

Well, Kareena was trending on Twitter after rumours of her pregnancy made it to the headlines. There were some hilarious memes on the actress and her third pregnancy. Check out a few below...

This thread will be dedicated to Memes upon Kareena Begum Khan !!

You all can give your inputs too. ??

Kareena after Getting pregnent every alternative year: pic.twitter.com/xYt64arZzA

Apart from Kareena, Aishwarya Rai Bachchan has also been in the news for her rumoured pregnancy. Now, let's see if the Ponniyin Selvan actress will also give clarification or not.

Talking about Kareena's films, the actress will be seen in Laal Singh Chaddha, The Devotion of Suspect X, and Hansal Mehta's next. Laal Singh Chaddha, which stars Aamir Khan in the titular role, is slated to release on 11th August 2022. While Aamir has started the promotions of the film, the actress is yet to join him. Meanwhile, The Devotion of Suspect X will mark her OTT debut as the film is slated to premiere on Netflix.