Kareena Kapoor Khan pregnant for the third time? Memes inspired by Munnabhai, Mirzapur and more flood Twitter and they will make you ROFL

There have been reports that Kareena Kapoor Khan is pregnant for the third time, and these memes on social media about it will make you laugh out loud. 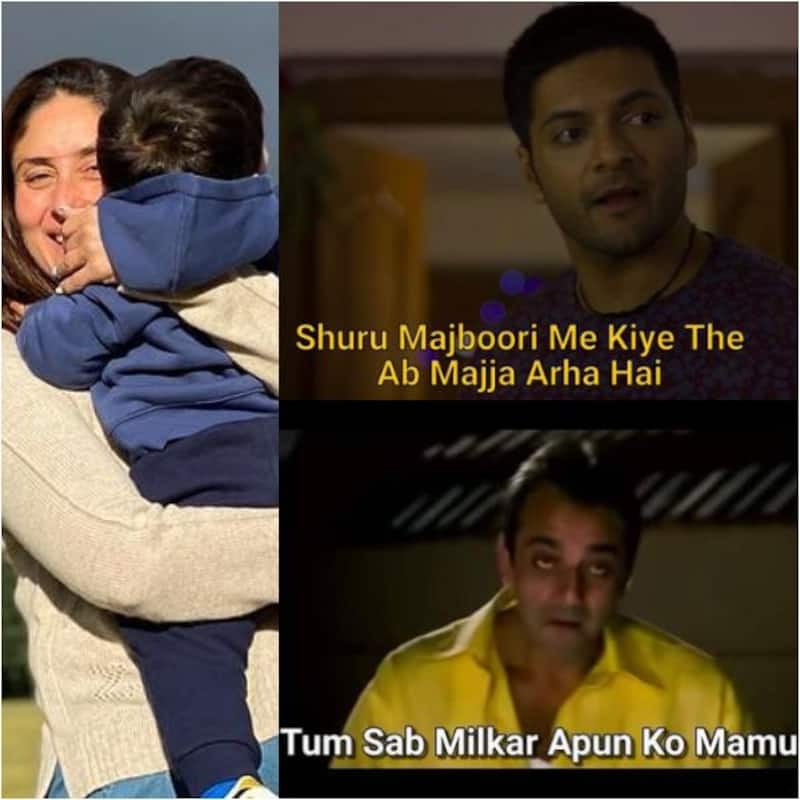 Bollywood actresses and their pregnancy rumours always make it to the headlines. Well, there are two actresses who have been in the news recently for being pregnant, Kareena Kapoor Khan and Aishwarya Rai Bachchan. Kareena already had two kids, Taimur Ali Khan (5 years) and Jeh Ali Khan (1 year). Now, the reports of Kareena’s third pregnancy have been doing the rounds on social media, and netizens have shown their creativity. There are some hilarious memes on social media about the actress’ third pregnancy. Also Read - Bigg Boss 16 contestants Sumbul Touqeer-Nimrit Kaur Ahluwalia, Simba Nagpal, Rohan Mehra and other TV celebs who took part in Salman Khan's show early in their careers

Well, the memes are inspired by Munnabhai, Mirzapur, Gangs Of Wasseypur, and other movies. A netizen posted a morphed photo of Katrina Kaif with Richa Chadha’s dialogue from Gangs Of Wasseypur, ‘Kab khoon kholega re tera?’ Check out the memes below… Also Read - Trending Entertainment News Today: Aryan Khan-Suhana Khan attend Maja Ma screening, Kareena Kapoor Khan gets mobbed at airport and more

This thread will be dedicated to Memes upon Kareena Begum Khan !!

You all can give your inputs too. ??

Kareena after Getting pregnent every alternative year: pic.twitter.com/xYt64arZzA

Ranbir to Saif and Kareena : pic.twitter.com/3jD6mPHstY

Kareena:- i don't want to get pregnant again

Deepika Padukone after looking at Saif and Kareena : pic.twitter.com/fQspvwYrad

We are sure these memes made you laugh out loud. Well, Kareena Kapoor Khan is one actress who has never hidden her pregnancy. During Taimur and Jeh, the actress proudly flaunted the baby bump on social media and in front of the paparazzi. Meanwhile, we just wait to know whether the pregnancy reports are true or false. Also Read - Bigg Boss 16: Ankit Gupta-Priyanka Chahar Choudhary's moments wins over Priyankit fans; say, 'Always standing there like a bodyguard' [Read Tweets]

On the work front, Kareena will next be seen in Laal Singh Chaddha which stars Aamir Khan in the titular role. The movie is slated to release on 11th August 2022. While Aamir has been promoting the film, Bebo is yet to join him in the promotions.