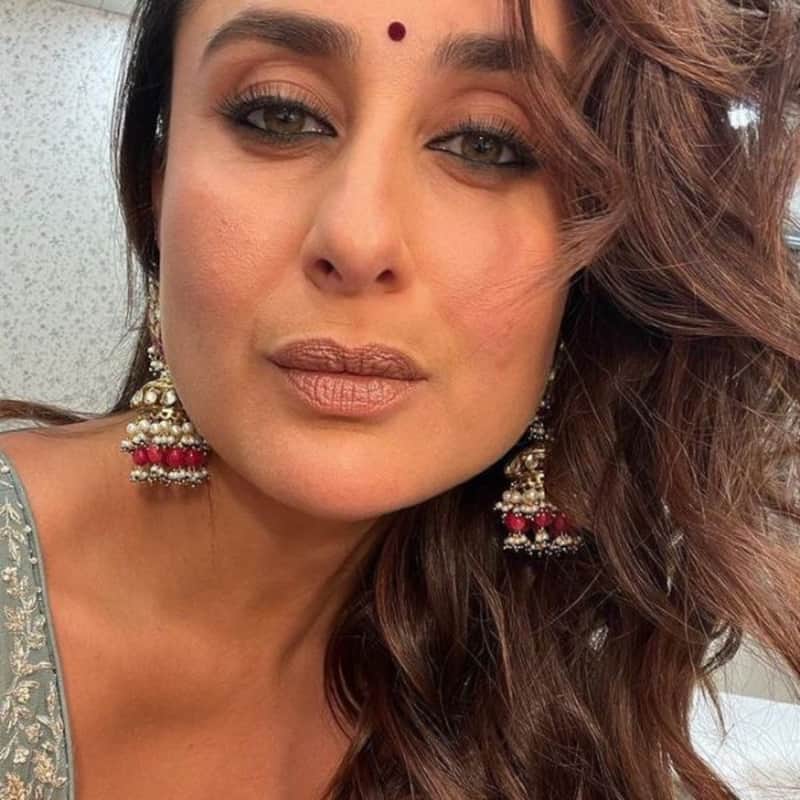 Kareena Kapoor Khan is known for sharing photos from her shooting locations and vanity van on her Instagram feed. Speaking about the same, the actress posted a photo of her lunchtime with her team in her vanity van. In the selfies taken, the actress looks hot in a traditional outfit. She has donned minimalistic makeup, a black bindi and jhumkas. In the other photos her stylist, makeup artist, hairstylist are enjoying a good lunch. Also Read - Manish Malhotra Birthday Bash: Janhvi Kapoor, Malaika Arora, Kareena Kapoor Khan and others make it a starry affair [View Pics]

In the first image, Bebo is seen wearing a grey outfit and earrings while in the other photos; sad and happy faces of her team members are seen; who are eating lunch. It looks like Bebo had a good time with them. Sharing the photos she wrote that what happens inside a vanity van stays inside the vanity van and in their hips. Also Read - Kareena Kapoor Khan to Aishwarya Rai Bachchan: Bollywood actors who were labelled as MOST arrogant

Soon later, Sonam Kapoor's sister Rhea Kapoor commented saying, "Scam Van" and tagged Bebo and Mickey Contractor who is a makeup artist. Mickey, in the photos is seen enjoying South Indian food. He commented saying that he needs to be careful while eating in her vanity van. He also added a laughing emoji.

Talking about Kareena Kapoor Khan, she turned 42 on September 21. She had posted a cute photo with Amrita Arora and Mallika Bhat who are her BFF's. While sharing the post she wrote that laughter is the best medicine and nothing is like a warm laughter with the BFFs.

Professionally, the actress was last seen in Aamir Khan's Laal Singh Chadha. She would next be seen in The Devotion Of Suspect X by Sujoy Ghosh which also has Vijay Varma and Jaideep Ahlawat. She also has a project with Rhea Kapoor.