Kareena Kapoor Khan shared an unseen picture of Karisma Kapur's daughter Samaira wherein she is seen all grown up. She looked as stunning as the Kapoor sisters in the mirror selfie and we wonder if she is now looking to step into the industry. 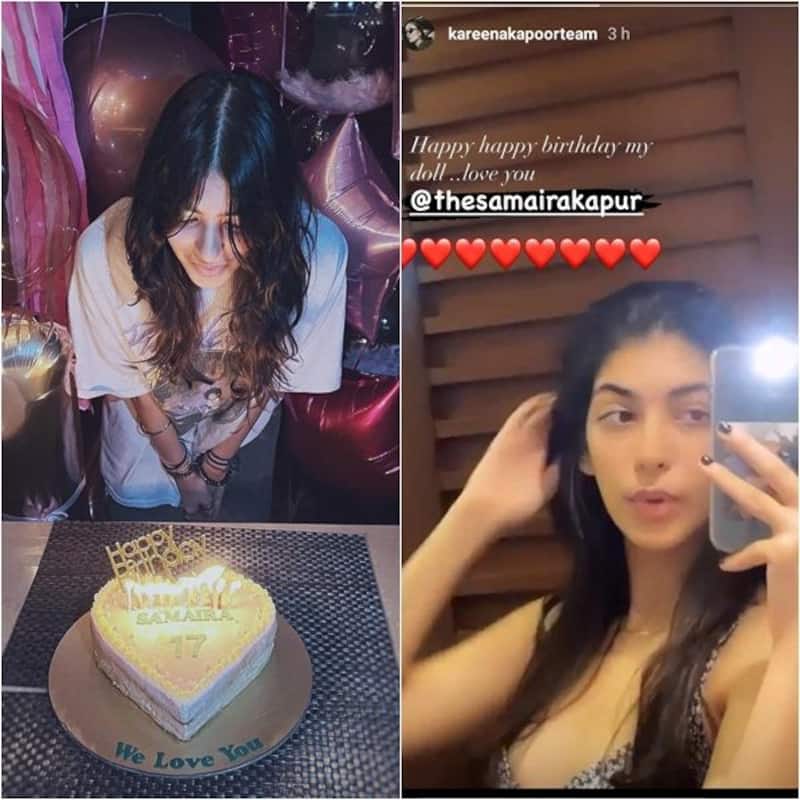 Karisma Kapur's daughter Samaira Kapur has turned 17 today and her mother has shared a few glimpses from the celebration. She took to her Instagram stories where Samaira is seen cutting her birthday cake. Kareena Kapoor Khan too shared an unseen picture of Samaira wherein she is seen all grown up. And needless to say, Samaira looked as stunning as the Kapoor sisters in the mirror selfie and we wonder if she is now looking to step into the industry. Samaira is Karisma's daughter with her ex-husband Sanjay Kapur. Karisma and Sanjay are also parents to a son named Kiaan. Also Read - Laal Singh Chaddha public review: Totally unexpected fan reactions after watching first day first show of Aamir Khan starrer

Kareena and Karisma are the daughters of actors Randhir Kapoor and Babita. They were raised by their mother alone. Kareena had earlier spoken about her father's role in her and her sister's life. "My mother is my best friend but I adore my father because I respect and love him a lot. He is not very in-your-face because he is someone who has always chosen to be at the back. He is not someone who is commanding the attention and wants that. He is silently always there for us and I know it,” Kareena said in an interview with Barkha Dutt. Also Read - Raksha Bandhan 2022: Bollywood films to watch this Rakhi with your siblings

Speaking about dealing with her parents' separation at an early age, Kareena had said, "My parents have a lovely relationship because sometimes, two people realise that their lives aren’t exactly going the way they planned, so it’s better that they don’t stay together but they can still be friends and sometimes, take decisions about the kids. It’s not necessary that they have to be staying under the same roof or being there 24*7 together. I think both Karisma and I understood that at a very early age, that this kind of relationship can exist as well. It has existed for almost 35 years with my parents and I see that in times when they need to come together, they are always together, but they prefer to have their day-to-day lives separately, which is wonderful.” Also Read - Laal Singh Chaddha movie review: Aamir Khan's film is a DISAPPOINTMENT, audience calls it boring to the core; 'Forrest Gump kharab kar di'