Did you know Kareena Kapoor Khan's baby has already made a debut on 5 famous platforms? Read on.

It is Kareena Kapoor Khan's baby after all! You wouldn't expect the unborn to make mommy sit at home, right? Bebo has always been ahead of the lot when it comes to doing new things and looks like her baby has got this trait from the diva! You have been noticing Kareena make a lot of appearances, right? Be it parties or vacations or even a simple brunch, she is going about living her life normally. And her baby is accompanying her everywhere because, duh, she's pregnant! But hey, did you realise something? Bebo's baby has already become a star by making debuts on various famous platforms! In fact, the kiddo has BEAT Jhanvi Kapoor, Navya Naveli Nanda, Aryan Khan and Sara Ali Khan into entering Bollywood! (ALSO READ: Mommy-to-be Kareena Kapoor Khan looks like a DOLL in her brunch pictures with BFFS) Also Read - A week with Taimur Ali Khan! Here's what our prince charming was up to from Monday to Friday

It's funny that the royal house is the last place her baby would travel to. Already her baby has gone to Kerala and back for Saifeena's anniversary. But we're not going to bring up those instances and say that 'oh the baby made a plane debut and stuff like that. We've actually narrowed down to five famous platforms Kareena's baby has made a debut on. Scroll away and check it out! Also Read - While Kareena calls Taimur the 'most gorgeous child'; Saif feels there's a lot of pressure on kids to be good looking

Lakme Fashion Week Also Read - Kareena Kapoor Khan holding baby Taimur must have melted your heart, but did you notice these hidden clues in the viral pic? 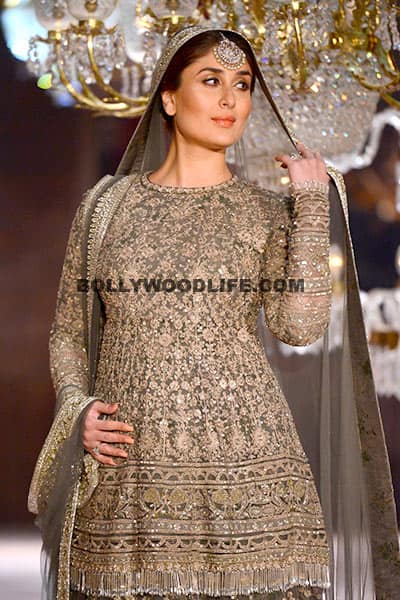 Even a model needs to reach a certain level to be able to walk the coveted Lakme Fashion Week ramp! Being such a popular Fashion Week in India, a lot if celebrated designers make sure they bring their best on the table. To close 2016 LFW, Bebo walked the ramp for Sabyasachi Mukherjee in an ethnic ensemble. This was the first time any Bollywood celeb has shown their baby bump in full glory and walked a ramp! Looking oh-so-resplendent, Kareena proudly flaunted her bump and left everyone at awe.

Koffee With Karan
As we've already told you, the 36 year old babe will be coming on KWK with none other than her Veere Di Wedding co-star Sonam Kapoor. Once again, being in the last leg of her pregnancy and shooting despite the same, Bebo is returning to the controversial couch after creating quite a stir in th last season! Kareena and Sonam have already shot their episode which will soon air. Not just this, the actress has already made a fantastic appearance on Vogue BFF with her bro for life, Manish Malhotra. Well, more like a bestie, for life!

Film offers poured in when Kareena announced the good news. Everybody wanted to sign her and get her onboard with her pregnant state. We hear Veere Di Wedding makers were more than happy as it all fell in place for them. In the film, Kareena is supposed to be pregnant in a few sections. Anyway, a lot of maternity related brands also approached her. She did sign one of them and bam! Next we saw Bebo was talking to herself while she embraced the early stages of motherhood. If you've not seen the ad, you can just click here and check it out. We even shared pictures of before she shot this ad film. 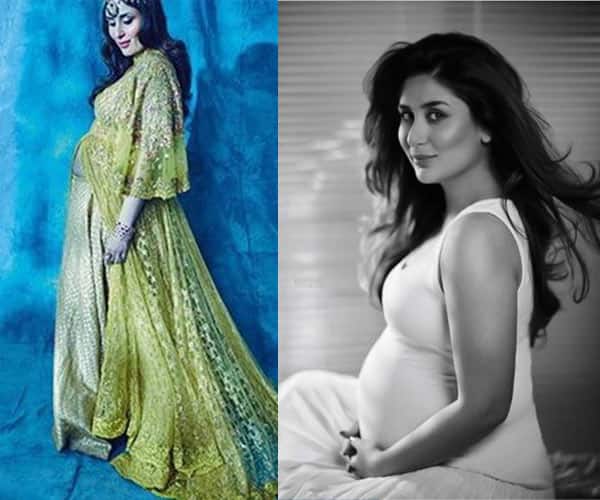 Its a matter of pride and prestige to make it to some of the biggest magazine covers. And looks like Bebo's baby has already covered that arena! Harpers Bazaar Bride wished to pay a tribute to Saif Ali Khan's royal dynasty and for the same, held a wedding photoshoot. In the shoot, you can see Saifeena look regal and gorgeous as they tug onto their roots and embrace their royal status. Could there be a more lovable and hot looking couple? You can check the pictures out here and reconsider whatever answer came to your mind! Even with sister Karisma Kapoor, the 36 year old actress made for a striking diva on a mag cover! 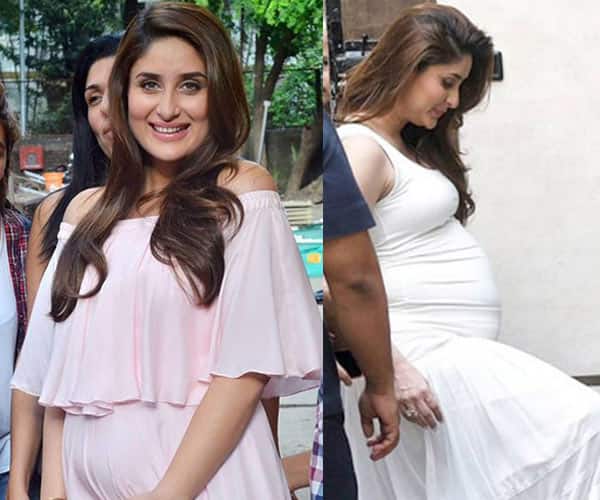 Ever since Bebo announced her pregnancy, we've been spotting her way too much in Filmcity. Well, she has a lot of photoshoots and endorsement deals to complete. We heard that she signed around 18 projects since the time of her pregnancy. Therefore, her visits to Mehboob studios has been quite frequent. Only recently did she complete her last project. That one was a maternity photoshoot. Basically, our point is that Kareena and her unborn baby have spent way too much time in Film city. So much that Saif even told her that she might end up giving birth there! In an interview, Bebo said, "I feel quite glamorous. I’ve been dressing up, going out, shooting, being normal. Saif keeps telling me I’ve never looked as beautiful. And that’s all any wife needs to hear, isn’t it?" (ALSO READ: Saif Ali Khan trying hard to wrap up his shoot before Kareena Kapoor Khan delivers )

Well, do you see it now? Honestly, if Veere Di Wedding shoot started this year like it was supposed to, we would have seen her baby be the youngest to make a debut in Bollywood! Okay, that's a bit far fetched. Let's not get there. Currently, Bebo is prepping aggressively towards bringing home all kinds of stuff for her unborn child. In fact, she is also working towards babyproofing the house. What are your thoughts on this, BollywoodLifers? Tell us in the comments section below. And stay tuned for more hot gossips!