we have a new set of pictures of Prince Pataudi

Taimur Ali Khan is loved by the fans of Saif Ali Khan and Kareena Kapoor just as much as they love the stars. The star kid is no less than a star himself and he is not even 1 year old. His popularity is only going to increase with time. Well, coming to point, we have a new set of pictures of Prince Pataudi, and you are going to gush even more on him. The little cutie is dresses in a white pyjama suit, all sleepy. It seems like he is all set to hit the bed, after having a long day of baby-ing. Also Read - Trending Entertainment News Today – Saif Ali Khan reveals one thing he would not dare to do with Kareena Kapoor Khan; Kriti Sanon celebrates her birthday with the media 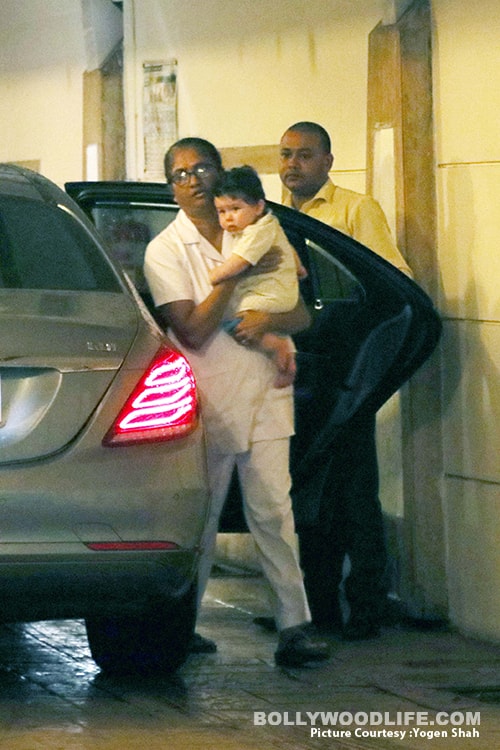 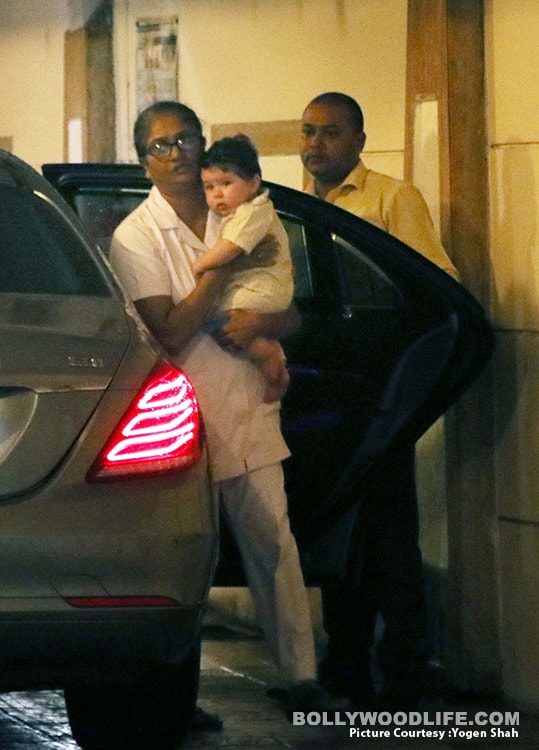 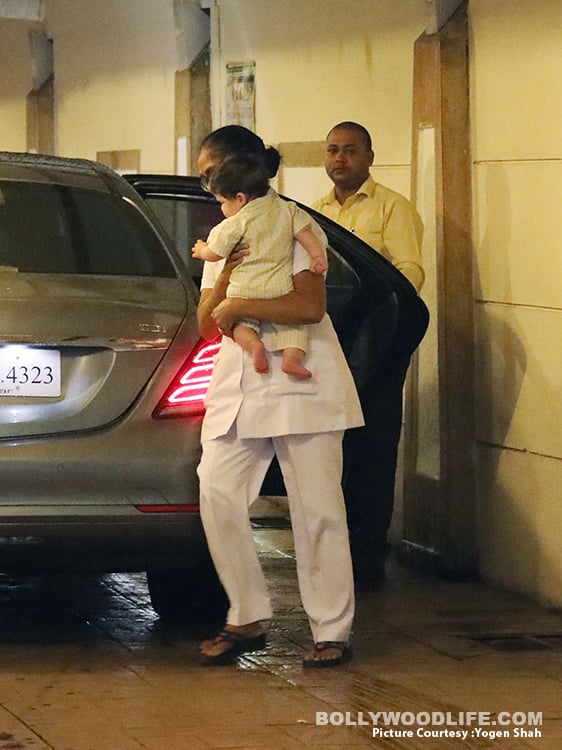 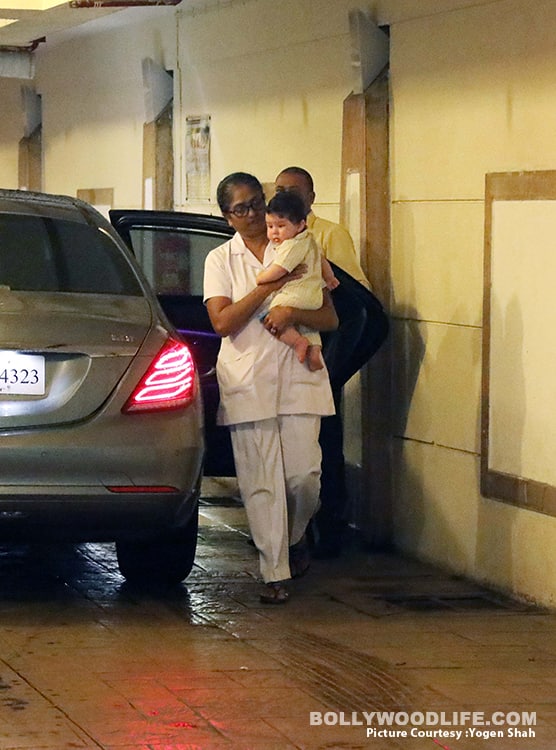 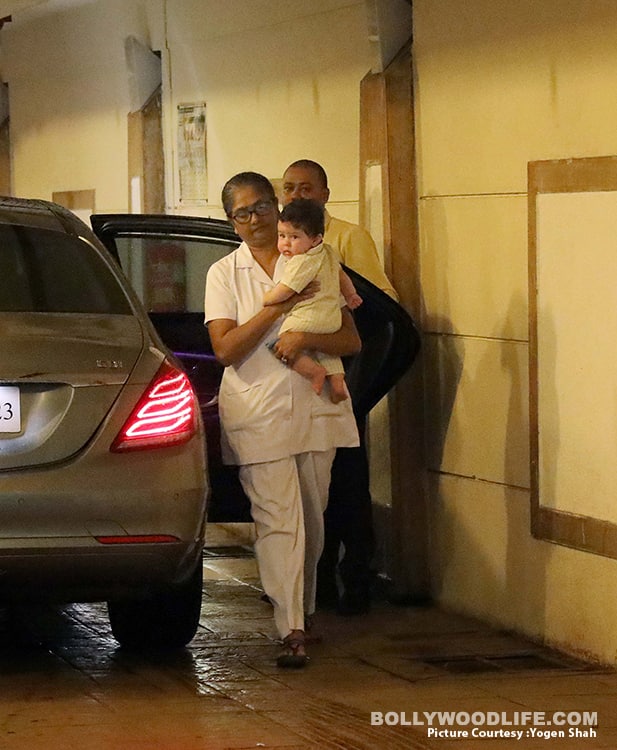 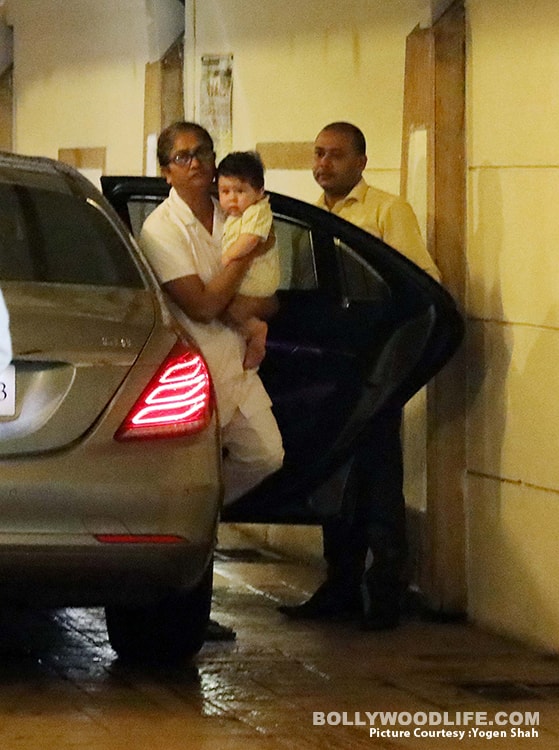 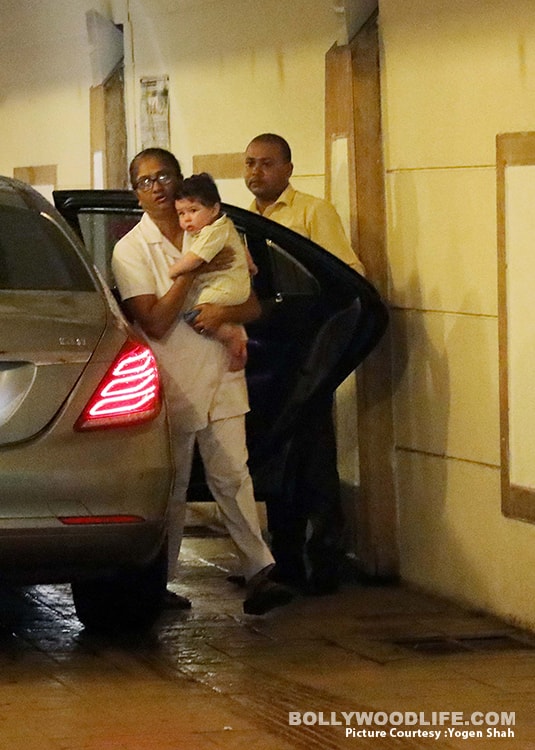 You know we gotta thank Taimur's doting father Saif for the fact that we get to see so many pictures of the little cutie. He was the one who decided to not keep Taimur hidden from the paparazzi for safety reasons. Recently he was quoted by DNA saying, "For me, it (hiding Taimur from the media) was not about superstition, it was about safety. The paparazzi culture is getting really bad. They are always outside our home. But it isn’t as bad as it is abroad. It will only get there for sure. They will get the picture anyway sooner or later. The more you hide, the more aggressive they will get. I wanted to avoid that push and shove. It’s better to give them that pic. I told Bebo to hold his hand and make him wave to the photographers. Also, I feel, why should Taimur be treated any different from other children out there. People put up their baby pictures." Also Read - 'She would stab me,' Saif Ali Khan reveals one thing he would not dare to do with Kareena Kapoor Khan

Taimur has been making headlines even before he was born. The little munchkin's name was at the thick of a big controversy after a certain section of the society could not stop posting mean comments about it. "I thought for a second about changing his name. For a couple of weeks. And Kareena was a little against it and she said, 'People respect you for your opinion and you can't'... So I said, yeah, but it's not about people. I don't want him to get unpopular," Saif said in an interview with Delhi Times.

BTW, we came up with how Taimur's school ID would look like when he grows up. Check it out right here: School time! Here’s how Taimur Ali Khan, Misha Kapoor, AbRam Khan’s ID cards would look like

Stay tuned to this space for hot scoops and latest updates…