Kareena Kapoor Khan's reaction to Saif Ali Khan's Chef trailer is pretty much same as ours!

After waiting for so long, the trailer of Saif Ali Khan's Chef is finally here! 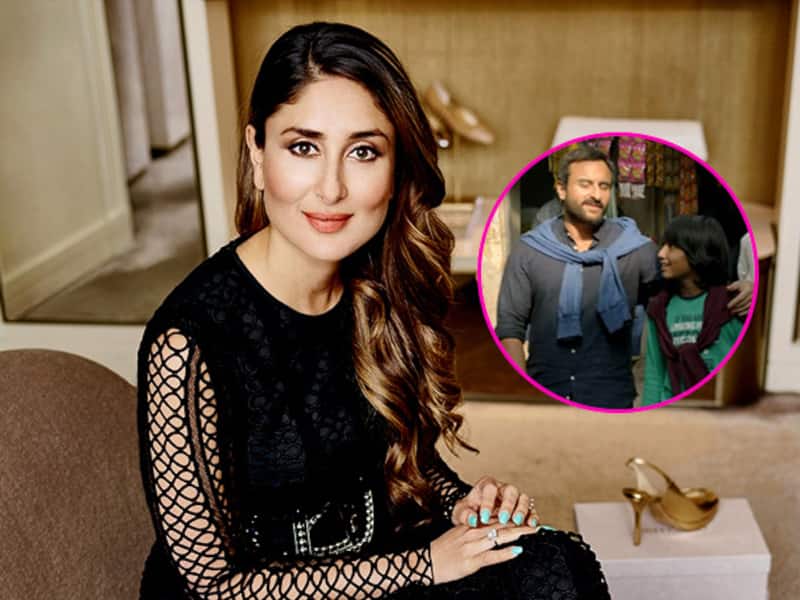 After waiting for so long, the trailer of Saif Ali Khan's Chef is finally here! While we are yet to understand if the audience has loved the trailer or no, we sure do know that Saif's beloved Wifey Kareena Kapoor Khan has already given it a thumbs up! At the trailer launch event today, when the actor was asked what Bebo thinks of the trailer of Chef, he said, "Kareena loved the trailer!" How cool is that? The actress is soon going to go to Delhi for her next film, Veere Di Wedding. (ALSO READ: Chef trailer: Saif Ali Khan cooks up a delicious looking tale of father and son – watch video) Also Read - Kareena Kapoor Khan to Aishwarya Rai Bachchan: Bollywood actors who were labelled as MOST arrogant

For those who don’t know Chef is a Bollywood adaption of the 2014 Hollywood film of the same name. The film was directed by Jon Favreau and starred the director along with Sofia Vergara, Scarlett Johansson, Robet Downey Jr, Dustin Hoffman. The film follows the story of a chef who quits a hi profile job after a public spat with a food critic. He then returns to his home town where he sets up a food truck. Through his journey of rediscovering food, he manages to re-kindle his relationship with his estranged wife and son. Also Read - Malaika Arora, Janhvi Kapoor, Priyanka Chopra and more actresses who wore outfits with bold and bizarre necklines

However, talking about Saif's Chef, we thought the trailer would showcase his journey as a chef, in the film. However, on the contrary, the storyline focuses more on the father - son bond. Saif is a chef by profession and he runs a restaurant abroad. He comes to India to meet his family and that's when his bond with his son strengthens. Padma Priya is his co-star in this movie. The actress is a popular face down south as she has acted in films across several languages – Malayalm, Kannada, Telugu and Tamil. Also Read - Moving In With Malaika: Kareena Kapoor Khan has THIS special advice for bestie Malaika Arora; says, 'Malla let your guard...'