Whose airport look gets the extra brownie points?

Two of Bollywood's most stylish actresses decide to step out on the same day and put us in a fix. Kareena Kapoor Khan, probably B-town's first fashionista, has her airport styling all figured and is way ahead than the others. She prefers being comfortable in her own skin and hates to follow any trends. You would see her opting for a casual T-shirt on days, while on others she flaunts her love for ethnic attires. She's a diva. Period. And if Kareena is one actress who loves to experiment with her airport looks, Anushka Sharma is exactly her opposite. Her airport styling is usually very casual and comfortable. She hates all the fuss around 'airport looks' and doesn't mind if haters hate her for it. Also Read: It’s a brand new day and we’re back with a new set of pictures of Taimur and Kareena Kapoor Khan Also Read - Disha Patani, Anushka Sharma, Mira Rajput Kapoor and more: Vacation pictures of Bollywood stars that will leave you green with envy – view pics

Though Kareena Kapoor Khan's recent airport outing has floored us and we're drooling over her semi-formal look, there's Anushka Sharma competing for our attention too. Will you prefer's Bebo's look of a plain white T-shirt, with dark blue jeans, black blazer and matching shoes at the airport or you will instead pick Anushka's love for casuals? The Zero actress simply paired a basic crop top with ripped jeans and white sneakers at the airport and it's amazing to see how gorgeous one can look even in the most basic attires. We personally adore Kareena, but we would pick Anushka's look over hers any day. It's more comfortable and easy breezy - ideal for long journeys. Also Read: Virat Kohli ‘clean bowled’ after watching Anushka Sharma’s act in Pari trailer Also Read - Not Virat Kohli but Anushka Sharma turned muse for THIS Bollywood actress in UK 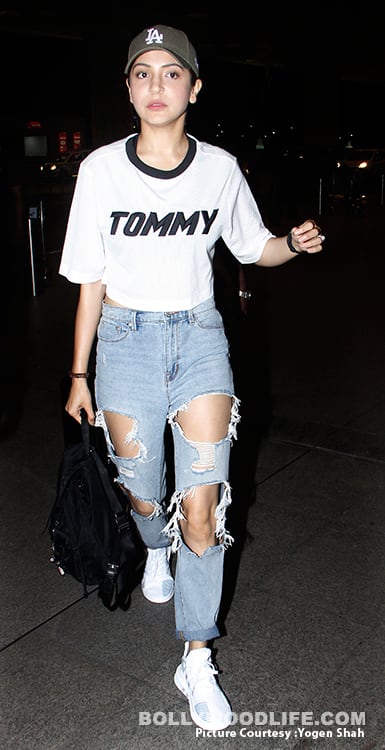 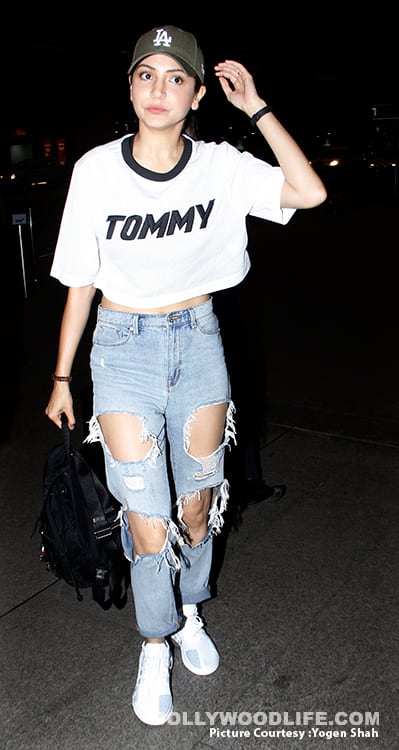 Kareena Kapoor Khan is yet to complete the final schedule for Sonam Kapoor-starrer Veere Di Wedding. In the meantime she's busy with her endorsements and shooting for some oh-so-gorgeous photoshoots. Coming to Anushka Sharma, the actress is currently relishing the success of her recent release, Pari, and shooting for Shah Rukh Khan's Zero simultaneously. Anushka's beau, Virat Kohli recently left for Sri Lanka for another cricket series and we wonder if the actress is planning to join him for the same.