The actress's personal style statement proves why she is called a diva.

The actress is expecting her first child in December, but that hasn't stopped her from being stylish...

Kareena Kapoor Khan has always maintained that she can balance her professional and personal life. Her acting career has not suffered post marriage and she believes that pregnancy too won’t affect it. The actress who is currently filming for Veere Di Wedding plans to wrap her shoot by September, post which she will take her maternity break and prepare for the arrival of her bundle of joy in December. Also Read - Deepika Padukone, Kareena Kapoor Khan, Anushka Sharma and more Bollywood beauties who went a little OTT with dramatic sleeves – view pics

They say that a lady glows when she is expecting and Kareena Kapoor just proved there's truth to this belief. The actress, who is now flaunting a prominent baby bump, wants to avoid the attention towards her pregnancy. The actress has made some smart sartorial choices to evade prying eyes from focusing on her baby bump. Bebo has been spotted wearing flowy dresses at most of her outings. BollywoodLife even suggested how Kareena can take inspiration from Hollywood star Blake Lively to weave style around her baby bump. But it seems like Bebo needs no style tips as she has a great fashion sense herself. After all Ms Kapoor is one fashionista and a trendsetter herself. Also Read - Tuesday Trivia: Did you know Shahid Kapoor once openly admitted his relationships with Kareena Kapoor and Priyanka Chopra on national TV? 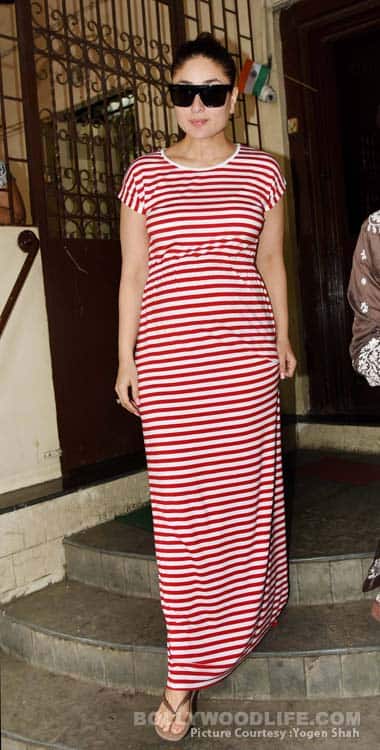 Bebo was spotted wearing this red and white stripe maxi dress outside Shankar, Ehsaan and Loy's recording studio. The actress was present there for a dubbing session of her upcoming movie Veere Di Wedding. 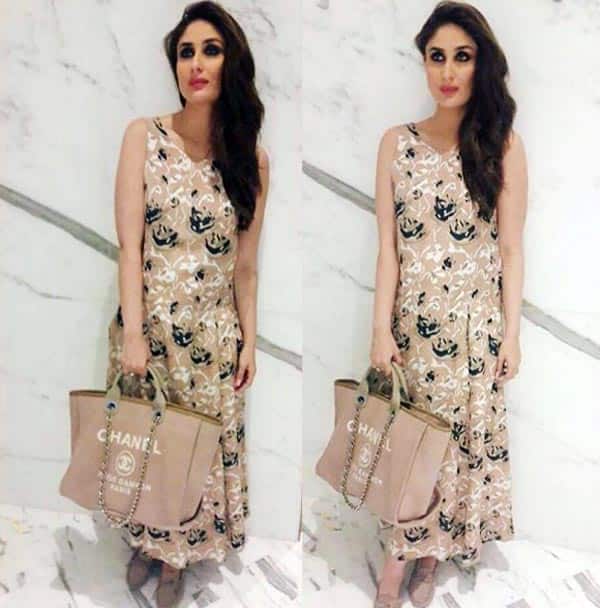 The actress wore this outfit from Nimish Shah's latest collection which she accessorized with Chanel bag and loafers from Tods. 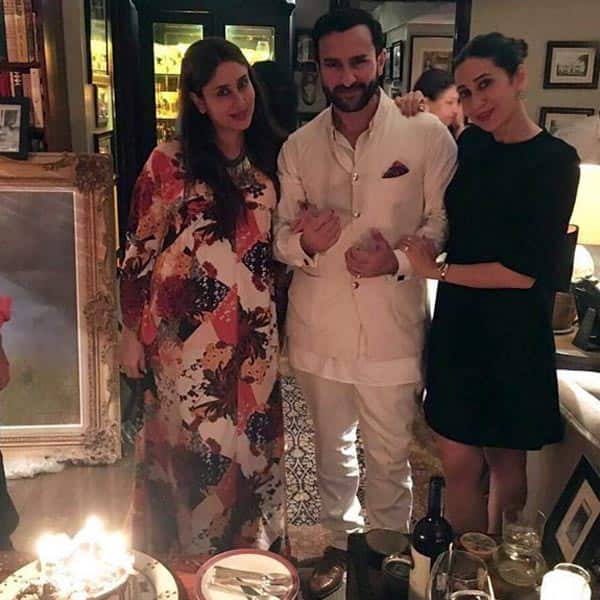 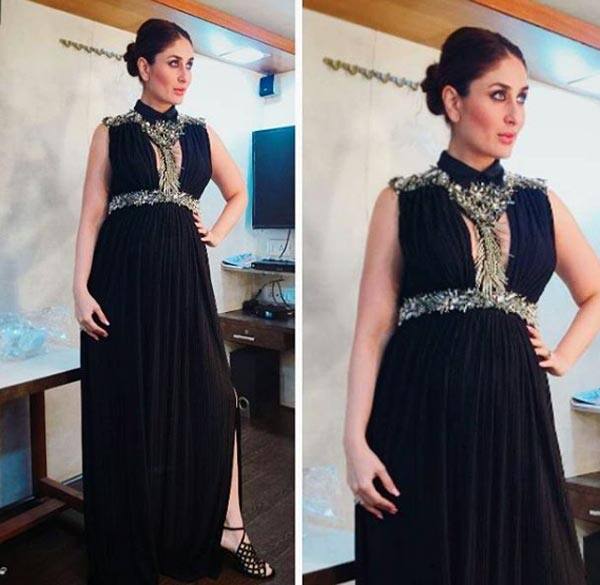 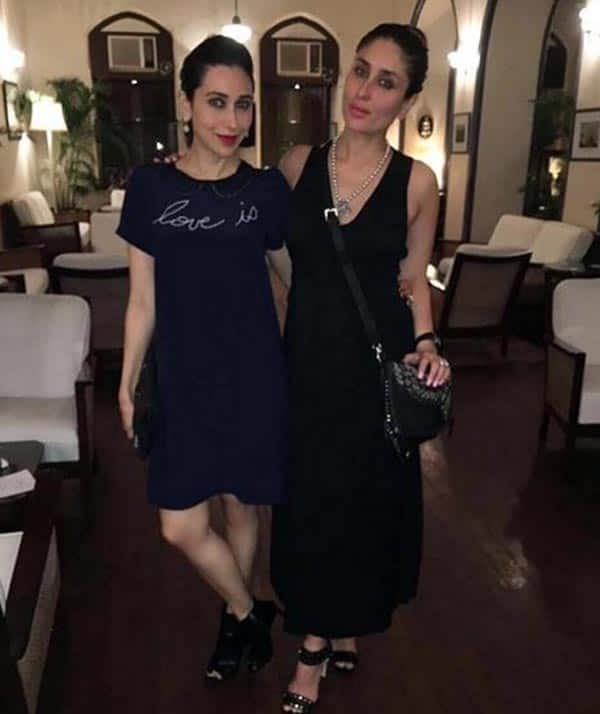 Kareena kept it simple this time while she was seen hanging with her sister Karisma Kapoor for a dinner.

Post announcement of her pregnancy, Kareena has made effortless fashion statements in maxi dresses. Not only is she hiding her baby bump but the actress is making sure that she's looking gorgeous as ever in these maternity clothes. Maybe this is the reason why this Udta Punjab actress decided to style her own wardrobe in her upcoming movie Veere Di Wedding. Take a look Bebo's fashionable outings and tell us if you agree with us.