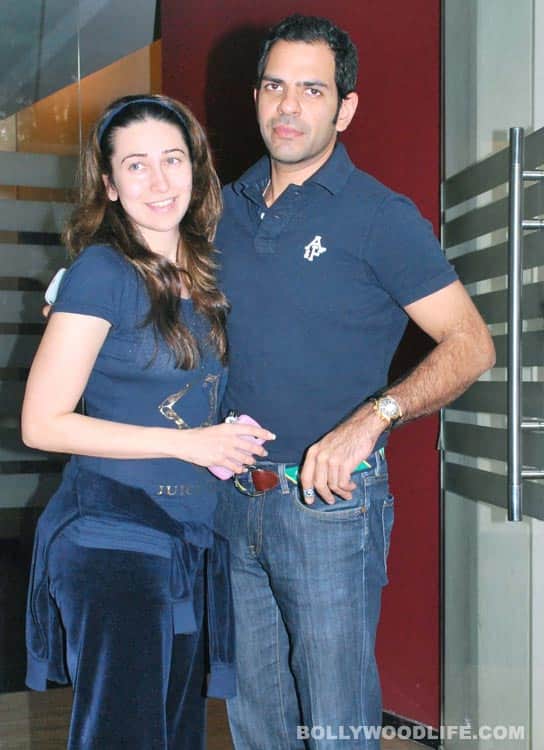 The actor spent Diwali with her husband, wanting to give a second chance to their marriage

Karisma Kapoor, who was struggling to sustain her married life with Delhi-based businessman Sanjay Kapur, seems to have decided to give one more chance to her relationship. She gave a fresh start to her bond with Sanjay on the occasion of Diwali, spending time with her husband and his family at their Delhi home. The couple’s kids Samaira and Kian, who stay with their mother in Mumbai, also spent a week with their dad. Our little birdie from Delhi revealed that Karisma appeared really happy. She clicked pictures with Sanjay and her kids and sent them to sis’ Kareena Kapoor, who was in London for the launch of her wax statue at Madame Tussauds. Karisma and Sanjay had been having relationship problems since the last two to three years, as the Delhi stud was apparently too close to his female friends list that included a socialite. But now, Sanjay seems to be back with Karisma and planning a new life with her. Meanwhile, the actor is rocking on the work front, with Vikram Bhatt’s Dangerous Ishq and Soham Shah’s remake of Satte Pe Satta in her kitty. We wish her all the best for her new professional as well as personal innings! Also Read - Kareena Kapoor Khan and Taimur's cutest pictures ever to melt your heart as you wait to see Bebo's second baby