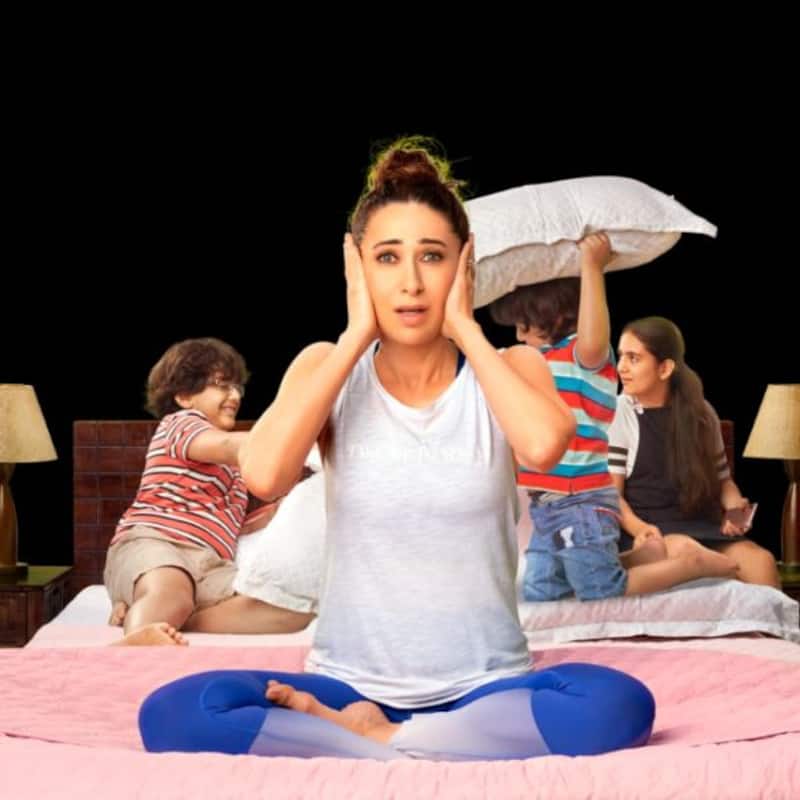 It's been over seven years since the audience saw actress Karisma Kapoor lighting up the screens with her high on energy and impactful performances. She says she chose not to do full-fledged roles in films for a while as she wanted to be at home with her young children. But now the "Dil To Pagal Hai" star is back in the saddle in a different avatar and on a new platform. Also Read - Shah Rukh Khan, Disha Patani, Ranveer Singh and more: Bollywood actors and their lesser-known siblings

The mother of two has been doing ads, fashion events and making special appearances in movies including last year's Shah Rukh Khan-starrer "Zero". Also Read - An Action Hero actor Ayushmann Khurrana proves he is the biggest Shah Rukh Khan fan as he passes by Mannat; netizens say, 'Srkians for life'

But did she get nervous working for long hours and acting in front of the camera after a gap? Also Read - Ahead of Ranveer Singh in Cirkus, list of Varun Dhawan, Kangana Ranaut and other actors who did double roles and their box office collections

Comparing acting to cycling and swimming, Karisma told IANS in a telephonic interview: "It (acting) is ingrained in you. It is something that never goes away. I was waiting for something really interesting. It was out of my choice that I didn't do any film because my kids were very young. It was out of choice that I wanted to be at home with my family and children."

Her children -- Samaira and Kiaan -- are also excited about her getting back to work.

"They are excited that I am working again. I started working at a very young age. Everyone in my family has been an actor and contributed to this industry. I have grown up with a really strong work ethic, and I think that's hopefully gone down to my children as well," said the actress, who belongs to the Kapoor family that has been regarded as Bollywood's first family.

But she didn't jump at any offer that came her way. On why she picked "Mentalhood", she shared: "The entire show is based on motherhood, the ups and downs, high and lows and all the various emotions of being a mom."

Being a mom is a full time job that you cannot clock out of. But it’s my favourite thing in the entire world! Everyday is a new lesson, a new challenge. And we’re always learning and working at it. So more power to all moms out there! Come accompany me on this mental ride?? #mentalhood streaming soon on @altbalaji @ektaravikapoor @karishmakohli

Karisma Kapoor plays the character of Meira Sharma -- a small town mother trying to navigate through this jungle of 'Mumbai momzilaas'.

Spilling details on her digital debut Karisma shared, “Out of choice I wanted to be with my family and children. After a while when I heard this script it was so interesting, the script was about today’s mother and it was so strong. Women of all ages and all those who are mothers will identify with my characters. It is also something which I am going through right now. Young parents and older parents will identify with Mentalhood. My character is today’s mom and as a human, she will do the right thing and is real. I am thoroughly enjoying shooting with all my lovely co-actors"

This is her first project on a digital platform.

"I have been lucky enough to have such a wonderful career and I have done a variety of roles. This is something different for me...a different platform. I have been a radio jockey also. I like trying out different things," said the National Award winner, who had starred on a TV show titled "Karishma - The Miracles of Destiny" as well.

Directed by Karishma Kohli, "Mentalhood" will showcase the topsy-turvy ride of the various kinds of mothers that exist and how they manoeuvre their way through unreasonable expectations to raise their children.

For her, her mother and actress Babita is the strongest.

"She has given me and sister (Kareena) the strength and the grounding. We have learnt a lot from her. She gave us really good values like to respect our family, to value money, to work hard and be sincere and be good human beings. These things go in a long way. These mould you as a person," she said.