Kartik Aaryan admits he dated a Bollywood actress: 'Shall I stop going out? Or shall I look for secret spots?'

Kartik Aaryan has finally admitted to dating a Bollywood actress in the past. The Bhool Bhulaiyaa 2 actor also opened up about infidelity in Bollywood. 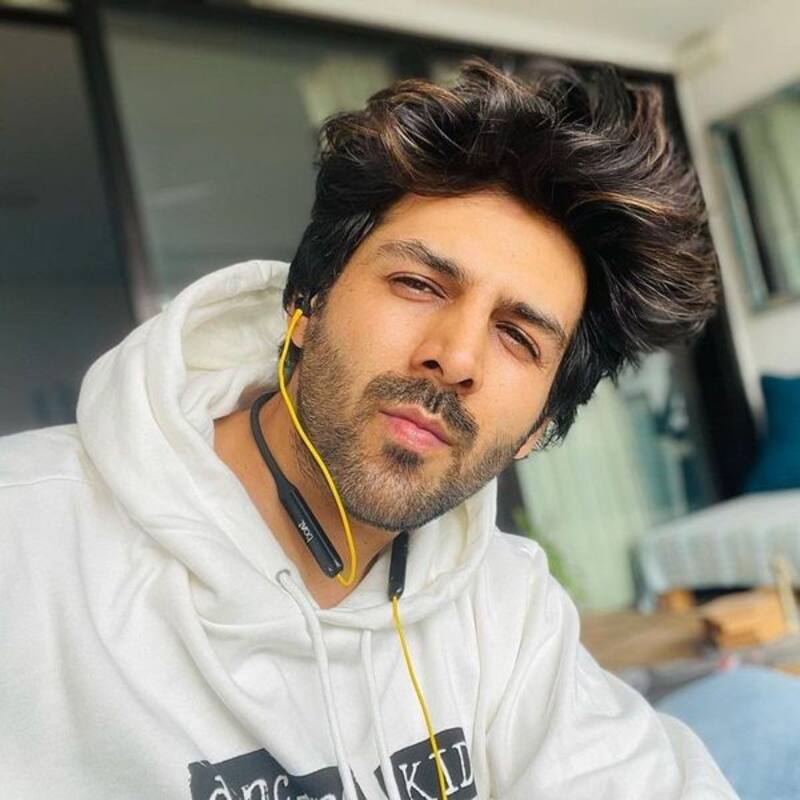 Kartik Aaryan has been in the news for his link-ups with his co-stars such as Sara Ali Khan, Ananya Panday and others. His most talked about link-up has been with his Love Aaj Kal 2 co-star Sara Ali Khan. Their frequent outings had made fans wonder if the two were seeing each other. And now the Bhool Bhulaiyaa 2 actor has finally admitted to dating a Bollywood actress. He also opened up about infidelity in Bollywood. Also Read - BTS: Kim Taehyung turns Rooh Baba as ARMY edits the Bangtan Boys into Kartik Aaryan-Kiara Advani-Tabu's Bhool Bhulaiyaa 2 [Watch Video]

During his recent interaction with Ranveer Allahabadia, Kartik was asked if he has ever dated a Bollywood actor and pat came the reply, "Yes." When he was further asked about infidelity in Bollywood, he added, "If two actors are working together and go out for a coffee, it will be reported that they were ‘spotted’ together. People will begin to talk. Shall I stop going out? Or shall I look for secret spots? What if two people are meeting just as friends? If four people go out, they’ll publish photos of just two. This happens. And because of this, it seems strange when you’re ‘spotted’ with someone else later.” Also Read - Koffee With Karan 7: Sara Ali Khan, Janhvi Kapoor took a dig at Kartik Aaryan? A lookback at Sonam Kapoor, Deepika Padukone mocking Ranbir Kapoor on the show

A few days ago, Kartik again sparked speculations about his rumoured relationship and his breakup with Sara Ali Khan. When Kartik was asked about his link-up with Sara, he gave a cryptic answer, "No, no. There was nothing promotional there. How do I explain this? No dear, I mean, we are humans as well. Not everything is promotional. This is all that I will say on this topic." Also Read - Koffee with Karan 7: Shah Rukh Khan, Salman Khan, Kangana Ranaut and more celebs who haven't confirmed but whom we'd love to see on Karan Johar's show

Sara had openly confessed that she has a huge crush on Kartik on Karan Johar's chat show Koffee With Karan in 2018 adding that she would love to go on a coffee date with. After the film tanked at the box office, Kartik and Sara were never seen together. Recently, the two came face to face for the time after their rumoured breakup. It was being said that they could not make time for their relationship and thought it was better if they focused on their careers.

Meanwhile, Kartik is riding high on the box office success of Bhool Bhulaiyaa 2. The movie has exceeded expectations with an impressive opening and standing out as one of the biggest opening weekend of the year with a total weekend collection of Rs 55.96 crore. It is now inching closer to Rs 100 crore mark by collecting Rs 76 crore so far. The day 1 collection of Bhool Bhulaiyaa 2 alone was Rs 14.11 crore, which was the biggest from any Hindi film this year, beating other projects like Gangubai Kathiawadi, Jayeshbhai Jordaar, among others.

Kartik is currently being hailed as a superstar by many critics and the audience for delivering the blockbuster of the year and is all set to impress fans with more interesting projects in his lineup including Shehzada, Captain India, Freddy and Sajid Nadiadwala's untitled next.