Kartik Aaryan and Karan Johar bond like BFF’s in this viral video; Dostana 2 on track again?

Kartik Aaryan and Karan Johar seem to have put an end to their rivalry forever and this viral video is a big proof. Do we see Dostana 2 being back on track again? 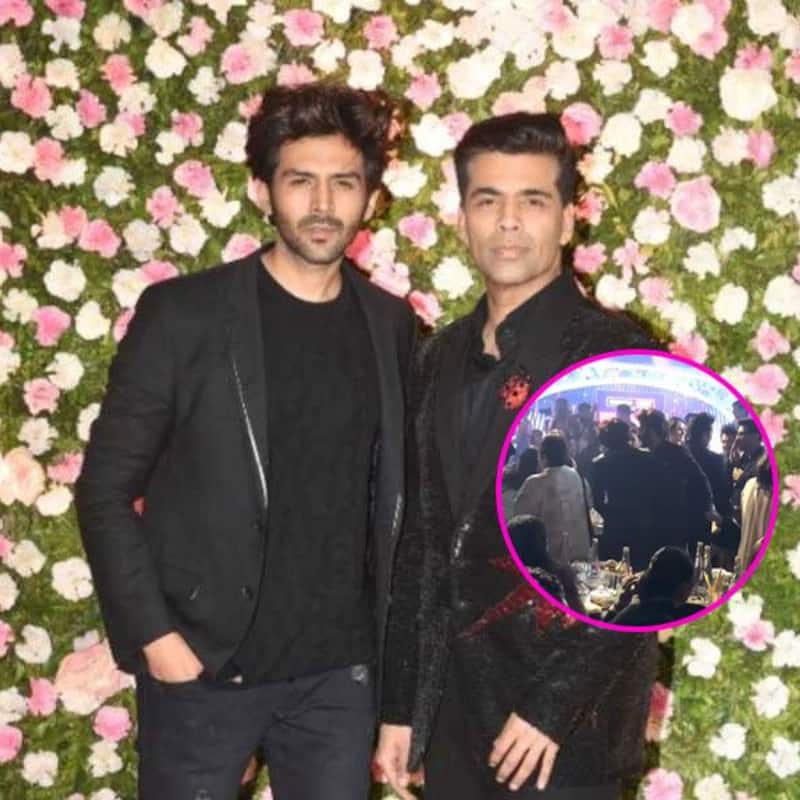 Now, this video will leave Kartik Aaryan and Karan Johar's fans pleasantly surprised. Ever since Kartik exited Karan Johar's film Dostana 2 featuring Janhvi Kapoor in the lead role, there have been reports of them turning into enemies. However, both Karan and Kartik maintained their dignified silence over it. And now this viral video of them bonding at an event only shows that there was no animosity ever between them. The filmmaker and the actor were seen gelling along like BFFs in this viral video only and gives hope to fans over Kartik returning to Dostana 2? As there is no dushmani between Kartik and Karan going by this video, we can expect the filmmaker and the actor to get back together for their first film.

Kartik Aaryan surrounded by negative news after his exit from Dostana 2
While Kartik never spoke about the negativity around him and the industry ganging up against him after his exit from Karan Johar's film. But there was filmmaker Anubhav Sinha who raised his voice against Kartik Aaryan being cornered just like Sushant Singh Rajput. Much later during the success of his film Dhamaka, Kartik in an conversation with Bollywood Hungama spoke about all the negative reports. He said, "I felt bad before, to face the family—in case they had a doubt, or they won’t convey their stress to me, I used to feel that. Now that there have been so many stories, that I don’t feel scared now. I laugh." Kartik even added that he has been advised by his colleagues to give it back, but he believes in the mantra of letting your action speak louder than words, and Dhamaka was that one answer that makes him sleep with a smile.
However, now seems like time has healed everything for the better and this video only shows they have let the bygones be bygones and have a fresh start. And right now the actor is celebrating the stupendous success of Bhool Bhulaiyaa 2 and is awaiting the release of Shehzaada.
Also Read - Trending South News Today: Mahesh Babu shares interesting deets about SS Rajamouli's movie, Rashmika Mandanna on dating and breakup rumours with Vijay Deverakonda and more
Advertisement