Kartik Aaryan finally breaks silence on his fallout with Karan Johar over Dostana 2: 'You ask yourself, ‘Why is this happening?’

"A lot of times you ask yourself, 'Why is this happening?' But more than myself, I feel for my family, because they don't belong to this world," Kartik Aaryan said when asked about being bothered about negative stories about him following his fallout with Karan Johar over Dostana 2. 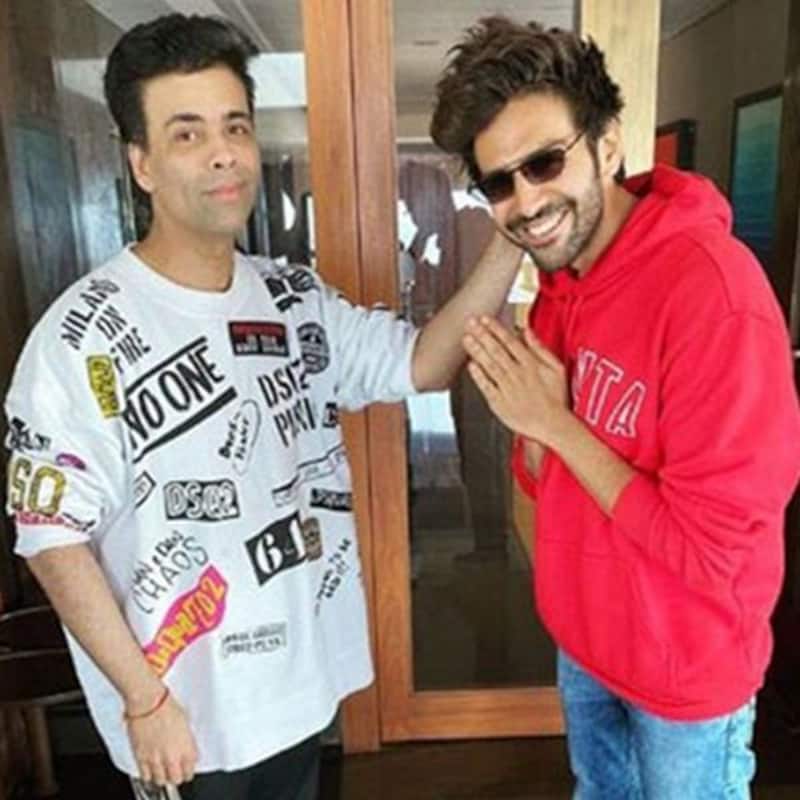 Kartik Aaryan's fallout with Karan Johar over Dostana 2 made a lot of noise in the industry earlier this year. Karan Johar's banner Dharma Productions officially announced that Kartik would no longer star in their upcoming production Dostana 2 citing creative differences. Both Kartik and Karan refrained from commenting on the matter. However, Kartik has finally broken his silence over the negative stories about him that deeply affected his family members. Also Read - Vijay Deverakonda confirms Liger 2; opens up on relationship with Karan Johar after Koffee with Karan 7 [Exclusive Video]

"A lot of times you ask yourself, ‘Why is this happening?’ But more than myself, I feel for my family, because they don’t belong to this world. I belong to this industry, so I know that as long as you concentrate on your work, nothing else matters. But my family gets affected, and that’s the only thing I get worried about. Other than that, it doesn’t matter. I know that my work will always speak volumes. If I fall short on that front, I want to improve myself,” Kartik told RJ Siddharth Kannan. Also Read - Koffee With Karan 7: Sidharth Malhotra, Vicky Kaushal drop big truth bombs about their lady loves Kiara Advani and Katrina Kaif

During the conversation, Kartik also admitted to doing films for money considering his financial situation. It said that one needs to make decisions keeping the future in mind. He said that he never compromised on his work ethics. However, he wished if he would’ve made different choices if I’d had options. Also Read - Koffee With Karan 7: Sidharth Malhotra is upset with Karan Johar and this has Kiara Advani connect

Several reports had earlier suggested that Kartik's unprofessional behaviour prompted Karan to remove him from the film. It was also being said that Kartik had an ugly fallout with his co-star Janhvi Kapoor and their friendship reportedly ended in January. Janhvi and Kartik were reportedly not on talking terms and asked the makers to drop Janhvi from the film. This reportedly forced Karan to make a tough call to drop Kartik and find his replacement. However, there was no official confirmation about these said reports.

After Kartik's sudden ouster, Karan has been frantically looking for his replacement in the film. When Karan was recently asked about Akshay Kumar taking over the project, he told Subhash K Jha, "My lips are sealed. Will announce soon." Karan also refuted the rumours of Janhvi and newcomer Laksh Lalvani being replaced and said, "Janhvi and Laksh are very much part of the film."