Kartik Aaryan gets teary-eyed as he recalls his mother's battle with breast cancer: 'It was a very emotional time for all of us'

Kartik Aaryan got teary-eyed and struggled to find words to talk about his mother's journey after she was diagnosed with breast cancer 4 years ago. 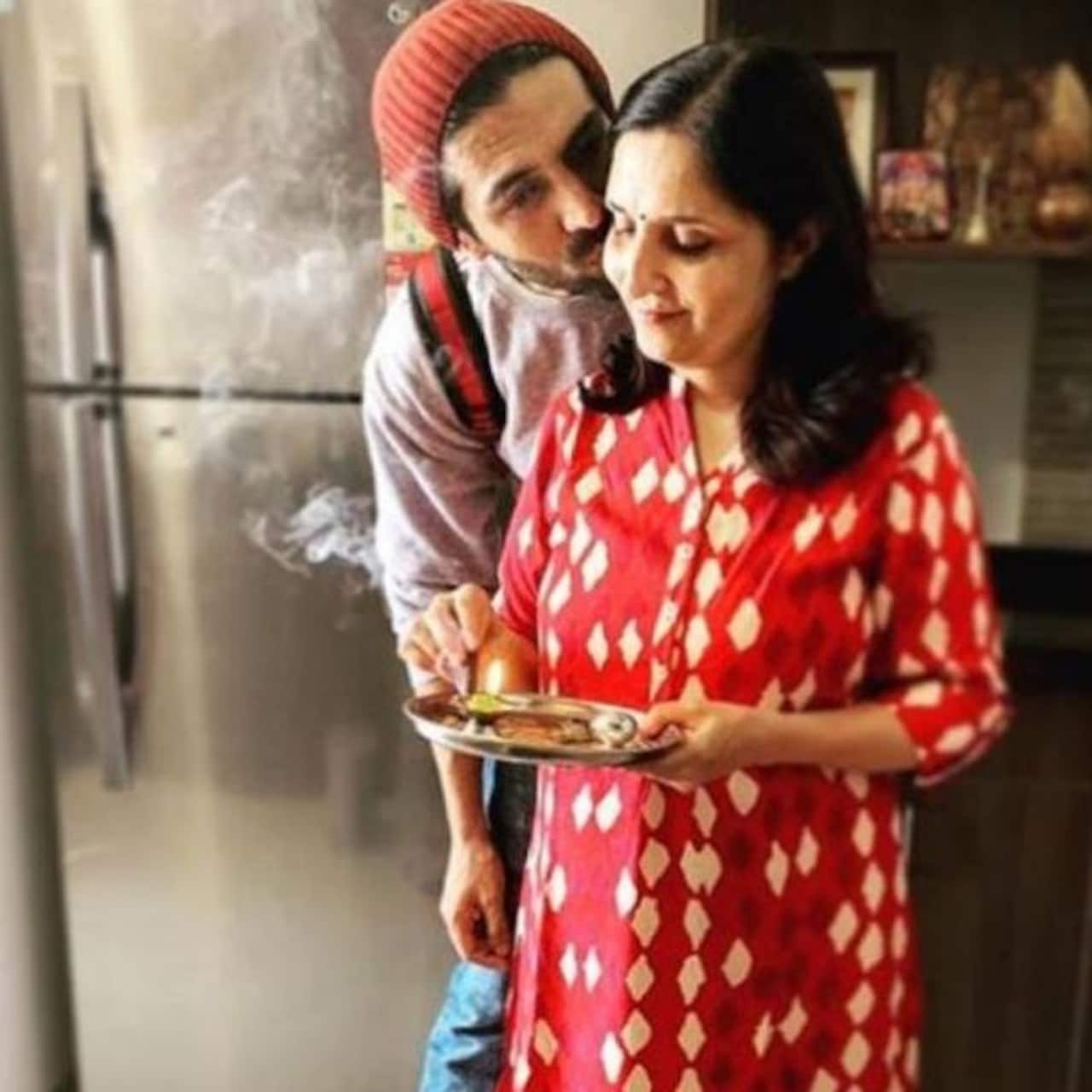 Kartik Aaryan is a proud son as he talked about his mother Mala Tiwari's battle with breast cancer. She was diagnosed with the disease 4 years ago and has been cured since successfully. He took to Instagram to share a video where he recalled how his family dealt with his mother's cancer diagnosis. The event had taken place at a Mumbai hospital as a part of the ongoing National Cancer Awareness Month. Also Read - Tu Jhoothi Main Makkaar: Ranbir Kapoor's role fits Kartik Aaryan perfectly? Here's what fans feel

In the video, Kartik got teary-eyed and struggled to find words to talk about his mother's journey. He was supported by a loud applause from the audience which brought a smile to his face. The video also showed Kartik and his mother dancing with other cancer survivors. Also Read - Subhash Ghai Birthday Bash: Salman Khan, Aishwarya Rai Bachchan, Kartik Aaryan and others make stunning entries at the party

"From going for chemotherapy sessions during the shoot of these songs, to now dancing on stage on the same- The journey has been arduous! But her Positivity, Fortitude and Fearlessness kept us going. Today I can proudly say: My Mom fought the battle against cancer and WON. And for that we are all stronger. I am so so proud of you Mummy and I pay my respects to all the people who could not make it and to all the people who have shown courage fighting this disease," Kartik wrote on Instagram. Also Read - Salman Khan, Aishwarya Rai Bachchan, Kartik Aaryan and more Bollywood celebrities grace Subhash Ghai’s birthday bash

Kartik was recently in the news when Manish Shah, promoter of Goldmines [Telefilms], had called the actor unprofessional for stalling the Hindi-dubbed release of the Allu Arjun-starrer Telugu film Ala Vaikunthapurramuloo to make way for the release of the Hindi remake of Kartik Aaryan-led Shehzada.

The makers of Shehzada, including producers Bhushan Kumar and Aman Gill along with director Rohit Dhawan, then clarified that it was the producers' call and Kartik never asked the makers to intervene or he never threatened to leave the film.