Kartik Aaryan on celebrating Bhool Bhulaiyaa 2 success with audience: 'I am a fan-made star'

Kartik Aaryan, who is currently riding high on the box office success of his latest film, Bhool Bhulaiyaa 2, has credited his success to the audience and said that he is a fan-made star. 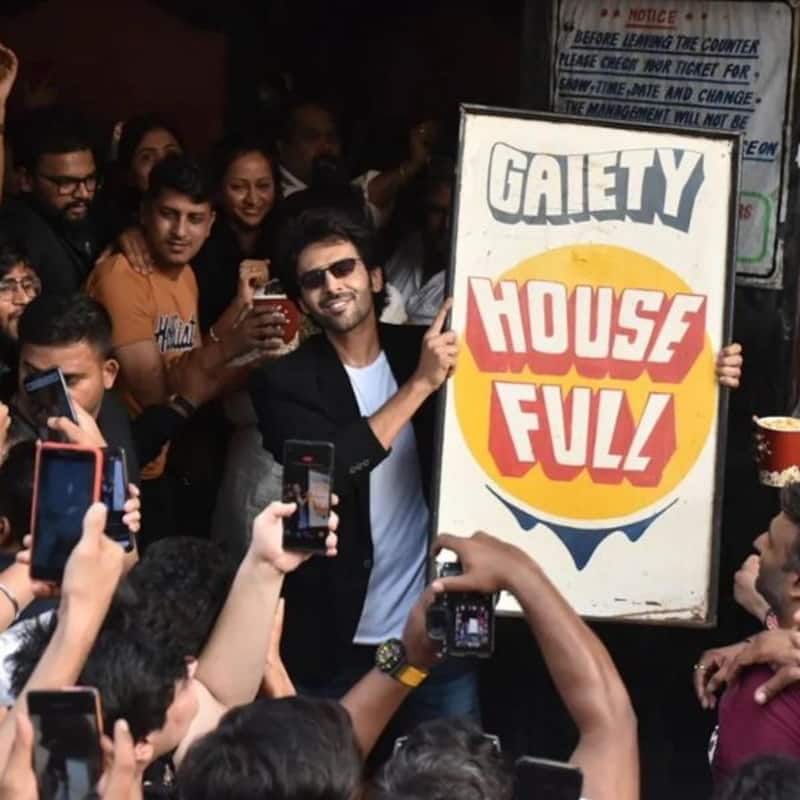 Kartik Aaryan is currently riding high on the box office success of his latest film, Bhool Bhulaiyaa 2, which exceeded expectations with an impressive opening at the box office. The movie, which also stars Kiara Advani, has stood out as one of the biggest opening weekend of the year with a total weekend collection of Rs 55.96 crore. The actor was recently seen at Gaiety Galaxy holding the housefull board amid a sea of fans. He credited his success to the audience and said that he is a fan-made star. Also Read - BTS: Kim Taehyung turns Rooh Baba as ARMY edits the Bangtan Boys into Kartik Aaryan-Kiara Advani-Tabu's Bhool Bhulaiyaa 2 [Watch Video]

"Whatever I am today, its because of all the love and support that my fans have given to me. So when Bhool Bhulaiyaa 2 got such a massive response, they were the first ones I wanted to celebrate it with. I have always said it before that I am a fan-made star, so it was impossible for me to celebrate my big success without them. I cannot express how overwhelming that feeling is, when you are amidst the masses and there is overpouring of love. So I try my best to give that back to them when I can," Kartik said in a statement. Also Read - Koffee With Karan 7: Sara Ali Khan, Janhvi Kapoor took a dig at Kartik Aaryan? A lookback at Sonam Kapoor, Deepika Padukone mocking Ranbir Kapoor on the show

Kartik recently visited the holy city Varanasi. As per reports, it was part of Kartik's vow to visit sacred spots if his film tastes success. The young superstar had the crowds raving in the holy city as he visited the Kashi Vishwanath temple on Tuesday and performed the Ganga aarti in the evening. Earlier, Kartik Aryaan had visited the Bangla Sahib Gurudwara in Delhi and later offered prayers at the Siddhivinayak temple in Mumbai. Also Read - Koffee with Karan 7: Shah Rukh Khan, Salman Khan, Kangana Ranaut and more celebs who haven't confirmed but whom we'd love to see on Karan Johar's show

Bhool Bhulaiyaa 2 follows the story of Ruhan, a fraud psychic who is brought in to deal with the apparent return of Manjulika in the Thakur palace, but he unintentionally aggravates problems. With the movie premiering now, Kartik also has Captain India, Freddy, Shehzada, and Sajid Nadiadwala's untitled next in the pipeline.