Kartik Aaryan OPENS UP on being compared with Shah Rukh Khan and called the KING; says, 'Maybe I'll take...'

Kartik Aaryan has the wittiest reply when compared with Shah Rukh Khan and getting his title- King of Bollywood. 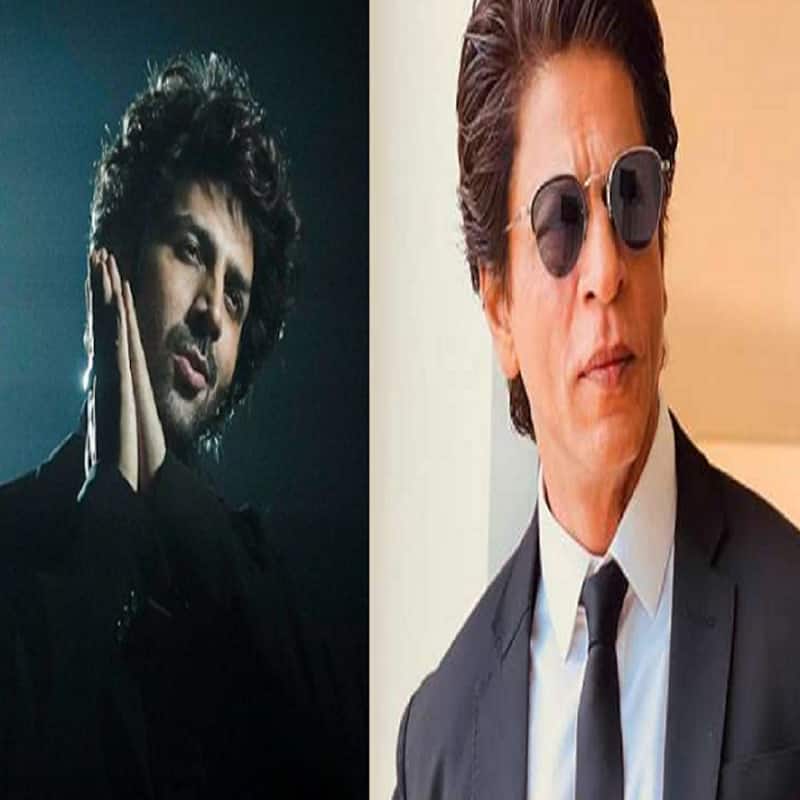 Kartik Aaryan, the fan-made star, is now getting the title of KING. The Bhool Bhulaiyaa 2 star is being compared with Bollywood's superstar Shah Rukh Khan and being called the KING! The actor who is enjoying all the love and fame after the massive success of his film Bhool Bhulaiyaa 2 spoke about the comparison with Shah Rukh Khan. Also Read - Trending Entertainment News Today: Shehnaaz Gill on being trolled for PDA with Salman Khan; Parineeti Chopra describes Priyanka Chopra-Nick Jonas' daughter Malti Marie

In an interaction with Siddharth Kannan, he was questioned about being called the new KING of Bollywood, to which he said, "Whenever I get these titles, of course, I feel good. I don’t think I want to accept the term king, I still have a long way to go, so it’s early to say that". Also Read - Trending OTT News Today: The Gone Game season 2 trailer, Richa Chadha trains in Kathak for Heeramandi and more

He further joked and had the wittiest reply to this title and said, "Maybe I’ll take prince. I think I’m just happy with all the love." He even mentioned how he feels so blessed when the crowd waiting for him to have his one glimpse, "This feeling is more than any title". Kartik Aaryan is indeed a superstar for his fans and slowly he is becoming the reigning star of Bollywood.

While talking about his film, has earned 150 crore and it's one of the most successful films of Kartik at the box office so far. The actor who is right now recuperating after being positive for COVID took to his Instagram and posted his happiness about the film reaching this milestone.

While Bhool Bhulaiyaa 2 has earned 200 cr plus worldwide and this is the biggest achievement for the actor. Kartik has come a long way in his career. While just a few months ago he was surrounded by a lot of negativity but he rose like phoenix. Indeed Kartik showed he is unstoppable and the negativity wouldn't stop him from winning and how. The actor will be seen next in Shehzada along with Kriti Sanon.