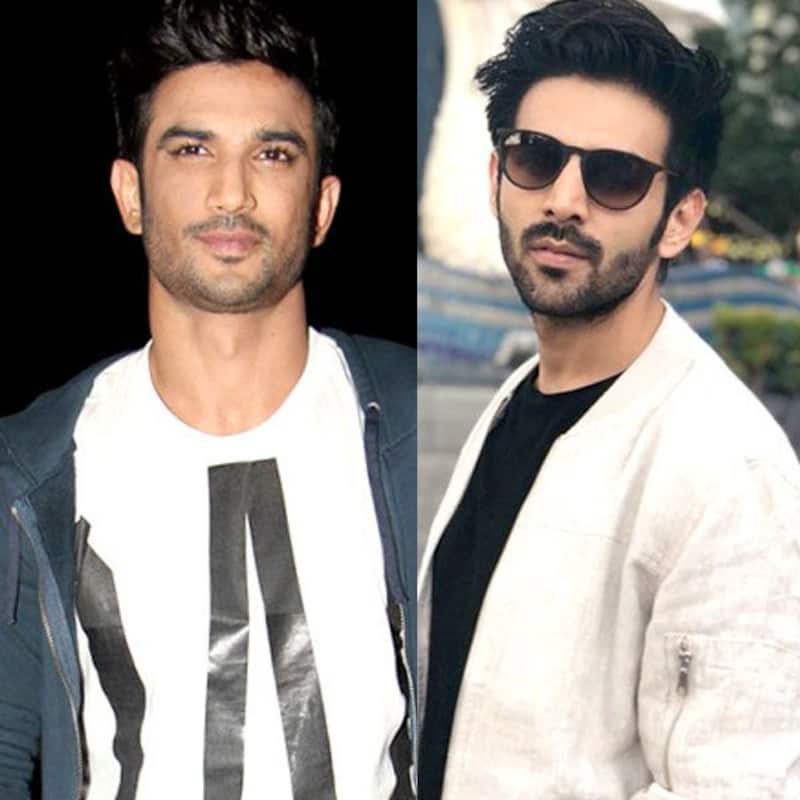 Kartik Aaryan and Kiara Advani's Bhool Bhulaiyaa 2 is coming in theatres on May 20, 2022. The actors are now busy with the promotions. Kartik Aaryan and Kiara Advani did a press conference some days back. Kiara Advani wore a red shimmering dress with a tomato red jacket. It was quite short. Kartik Aaryan looked very handsome in a beige suit. He was also the perfect gentleman when he gave cover to her when she wanted to get up. With a dress that is a bit short, there is always the risk of getting captured in the wrong manner. Kartik Aaryan made sure that Kiara Advani was safe from such an issue. This reminded fans of Sushant Singh Rajput. Also Read - Alia Bhatt to Katrina Kaif: Bollywood actress' real bond with their mother-in-laws revealed

During the promotions of Raabta in 2017, late Sushant Singh Rajput did the same for Kriti Sanon. She was in a mini skirt and he made sure that the camera did not get any wrong angles. Seeing this gesture of Kartik Aaryan, fans were reminded of that incident. A fan wrote, "Copied...Sushant Singh Rajput," while another person said, "Sushant ban rha tha kya." Others appreciated Kartik Aaryan's kind, caring and respectful nature. Fans are also crazy about the bonding of Kiara Advani and Kartik Aaryan. Also Read - Bigg Boss 16, Weekend Ka Vaar: Salman Khan slams Manya Singh for calling Sreejita De 'TV actress'; viewers call former Miss India runner-up arrogant

Like Sushant Singh Rajput, Kartik Aaryan is also perceived as an outsider in Bollywood. When the news of his unprofessional behaviour emerged, public rallied behind Kartik Aaryan for support. The young star has one of the best track records in the industry. He is one of the stars who has escaped the fury of the #BoycottBollywood gang. Kartik Aaryan did a great job in Dhamaka too. He has a good line-up of movies like the Hindi remake of Ala Vaikunthapurramuloo titled Shehzada and others. Also Read - Goodbye actress Rashmika Mandanna gave Amitabh Bachchan an adorable name on the sets, any guesses? [Exclusive]