Kasam- Tere Pyar Ki 21st February 2018 Written Update Of Full Episode: Tanuja warns Abhishek that she would leave him the moment he chances to love her

Kasam- Tere Pyar Ki 21st February 2018 Written Update Of Full Episode: Abhishek sees Tanuja and Rishi together as he gets pissed and reveals to Tanuja that Rishi is cheating her 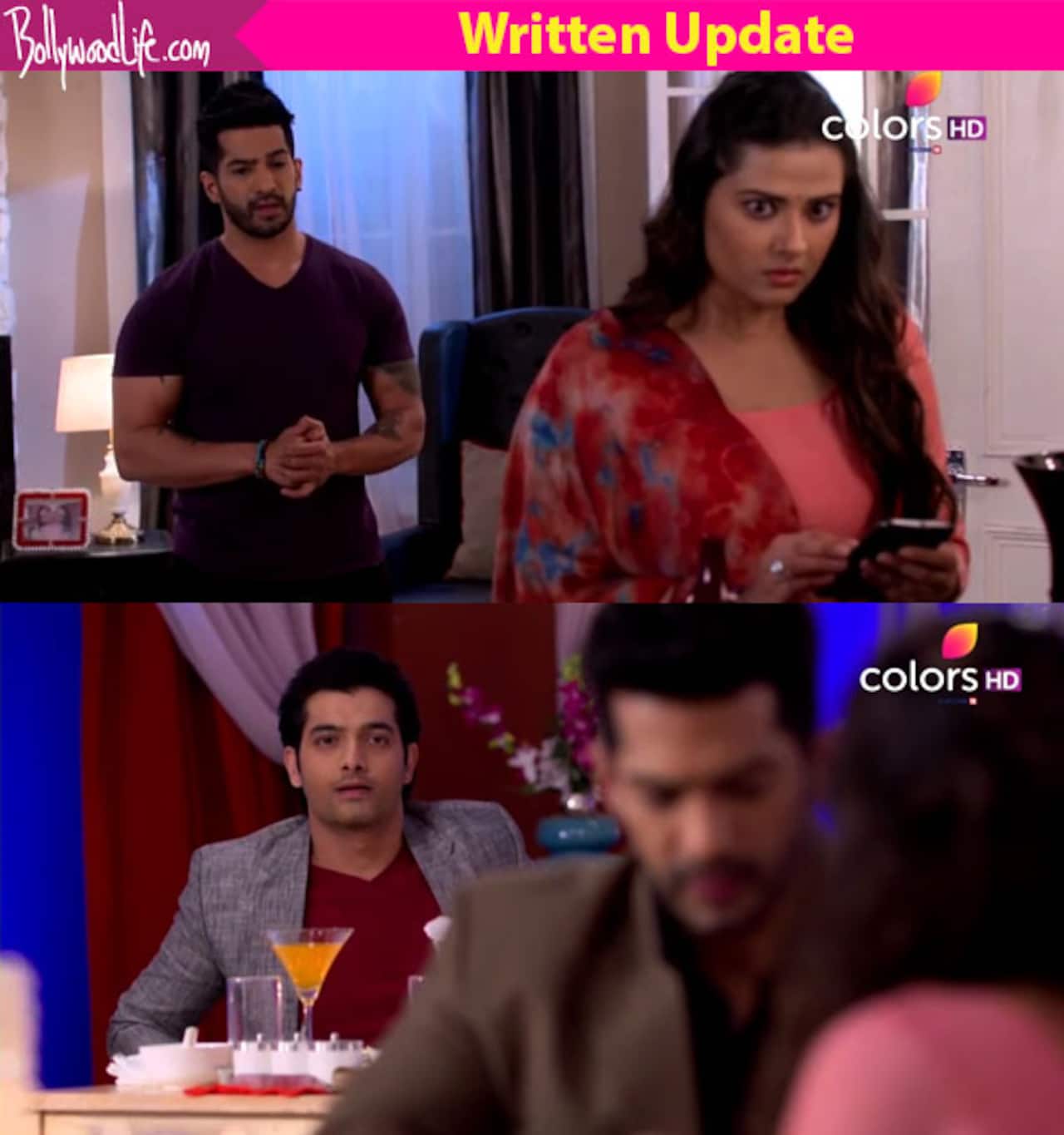 Kasam- Tere Pyar Ki starts with Rishi (Sharad Malhotra) blackmailing Tanuja(Kratika Sengar) about being with her in the washroom to Abhishek if she does not agree to do the interiors of the office. Tanuja says that Natasha has learnt the skills of blackmailing from Rishi. Later Tanuja asks him when he will change. As Abhishek comes back Rishi tells him that Tanuja has agreed to do his interiors. Rishi after that walks away. Abhishek asks Tanuja why agreed to Rishi. Rishi takes a table across from Tanuja so he can watch her. Abhishek sits right infront of Tanuja and makes her do the paperwork. Rishi though keeps pestering Tanuja by sending her messages and also signalling her from across the table. Tanuja asks him to stop orelse she would disagree to do the interiors for him. Tanuja then requests Rishi to leave and he agrees to leave.

Rishi sends Tanuja icecream and she remembers him asking to have icecream with her. Tanuja and Abhishek then reach the bedi house to get Natasha. Abhishek asks Tanuja to go get Natasha and that it would be better he does not go in. Natasha has drawn pictures of Tanuja and Rishi with herself and Tanya as she wants to sees Rishi as her dad. Rano walks in and scolds Natasha for this and says that it is Abhishek who is her dad not Rishi. Tanuja walks in right then and she shouts at Rano. She asks Natasha that she can call Rishi her dad if she wants to. Later Tanuja warns Rano to be patient with Natasha or she would forget who Rano is to Rishi. Biji says that Tanuja should have done this long back and then she would not have to separate from Rishi. Rishi who is silently watching this is overwhelmed. Also Read - Bipasha Basu, Alia Bhatt, Priyanka Chopra and other celebs who welcomed home little princesses in 2022 [View Pics]

Tanuja and Abhishek discuss Rano as Tanuja says she does not want to talk about it. She also adds that Abhishek would only understand this when he falls in love. Abhishek says he has fallen in love and that too with her. Tanuja scolds him for joking and says that she does not want him to even says such a thing for a joke and that if that happens she will leave the house and break all ties with Abhishek. That night Tanuja chances to meet Rishi in her backyard. Rishi thanks her for fighting for their daughter with Rano and says he hoped she would have fought like that for them too. Tanuja says that she had to think of everyone's happiness then but now she is a mother and she cannot bear her daughter to get hurt. Tanuja asks Rishi to leave as she does not like Abhishek speaking bad about Rishi. Also Read - Sherdil Shergill: Before Dheeraj Dhoopar bagged the role; THESE 5 handsome hunks rejected the role opposite Surbhi Chandna

Tanuja walks away as she says he should go. Rishi says he would pick her up the next day. Tanuja adds that she knows Rishi is not bad as she always says he is. Abhishek watches them together and gets angry. Tanuja walks back to her room and feels for Rishi again. She thinks why Rishi cannot be like this always. Rishi is elated that he has finally been able to get love back between them. Abhishek walks into Tanuja's room. Abhishek says that he wants to speak to her about something. Abhishek then tells Tanuja that he found that Rishi had someone in his washroom today. Abhishek adds that Rishi uses girls. Tanuja gets irriated by this and says she knows who was in the washroom.