Kaththi movie review: A treat for all Vijay fans! 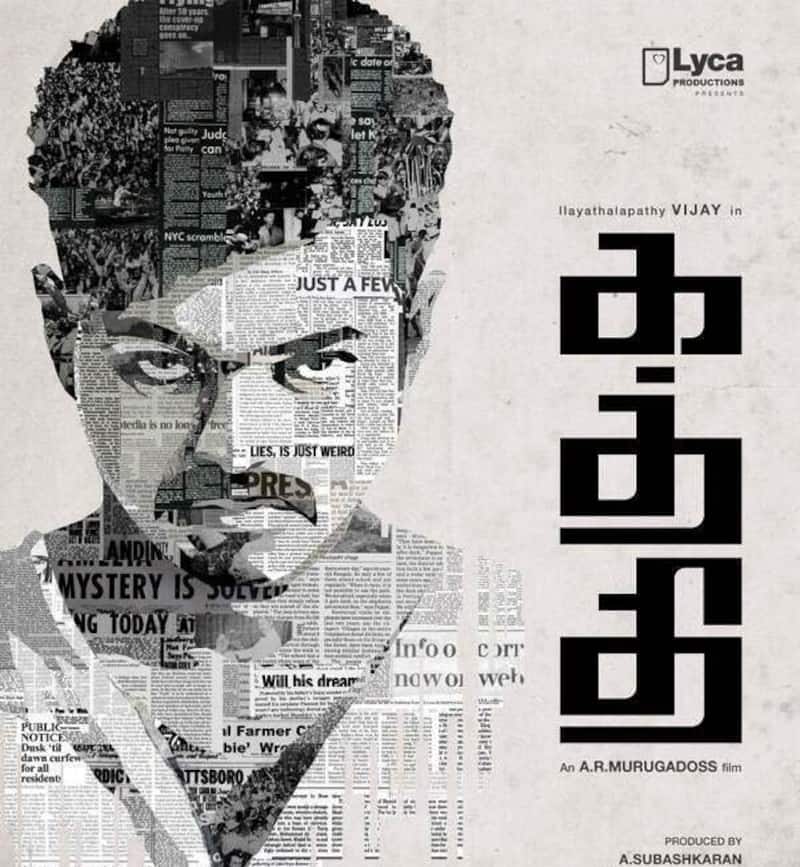 What’s it about Also Read - Tiger 3 actor Salman Khan to Akshay Kumar: Celebs who broke their engagement due to various reasons

For those who love Vijay, Kaththi is a treat because it features the actor in two roles – Kathiresan and Jeevanandham. Vijay features in two roles - as social activist Jeevanandham and petty thief Kathiresan. The roles are opposite in character – Jeevanandham only thinks of society and wants to give back to it whereas Kathiresan is self-centred and only wants to make money for himself. Also Read - Samantha Ruth Prabhu back in action after sharing Myositis diagnosis; stuns in black for Yashoda promotions

The movie takes off with Kathiresan escaping from prison in Kolkata and coming to Chennai where he meets Jeevanandham by a quirk of fate and ends up taking his place. Jeevanandham is fighting to save the farmlands of his village people from the corporate honchos (i.e. Neil Nitin Mukesh) who wants to buy it for a plant and use the water resources available. Kathiresan ends up taking Jeevanandham’s place and how he ends up saving the farmlands forms the rest of the story. Also Read - Akshay Kumar only Bollywood star in Top 10 Most Popular Male Actor list; Vijay, Allu Arjun and others rule

Sathish plays his friend while Samantha is his romantic interest. Bollywood actor Neil Nitin Mukesh is very good-looking and makes for an impressive corporate villain. One must commend him for the effort he has made to mimic the Tamil dialogues as the lip sync is near perfect.

Kaththi like the title suggest tries to be razor-sharp in its storyline and editing and does cut like a knife when it comes to its strong social message – in the name of development we are neglecting the famers who provide us our daily sustenance.

Vijay has tried to make the two roles very distinct by being subdued and underplaying Jeevanandham while he’s over-the-top as Kathiresan. In fact, it is the emotional scenes that he essays as Jeevanandham that actually stand out in the film (like the scene where he’s beaten up by the cops and stripped to his underwear).

Samantha has essayed her role - as the pretty girl next door type - well (whatever there was of it). One must commend Neil Nitin Mukesh for the effort he has made to mouth the Tamil dialogues as the lip sync is near perfect.

Anirudh has done a great job with the BGM – the first he’s done for a big star. His songs are very different from the usual Vijay songs and has given a freshness to Vijay as well.

A R Murugadoss has made a film with a strong social message – the plight of famers in India today - and roped in a mass hero like Vijay to essay the protagonist. Both have done a good job.

Kaththi does have its loopholes and logic is defied at many points. For instance, Kathiresan is considered intelligent enough to escape from prison but he’s been caught by the cops 18 times. In another instance, Kathiresan takes Jeevanandham’s place in an old age home in Chennai as its manager and yet the cops can’t seem to locate him.

When it comes to the romance track between Samantha and Vijay, the director is not able to carry it off effortlessly. The romantic angle is not well etched out and Samantha just seems to be a prop in the film with some scenes in the first half and some in the second.

Despite such flaws, AR Murugadoss has managed to stick to the basic storyline and made an entertaining film with a social message.

If you are a Vijay fan then you’ll obviously love this film! But even if you are not, watch this film because it is one of the best films in Vijay’s career. He has done plenty of inane masala films and deserves a pat on the back for experimenting with Kaththi. This is perhaps the first time he has done a film with a strong social message relevant to India today. And A R Murugadoss must be applauded for getting the actor into this new zone.