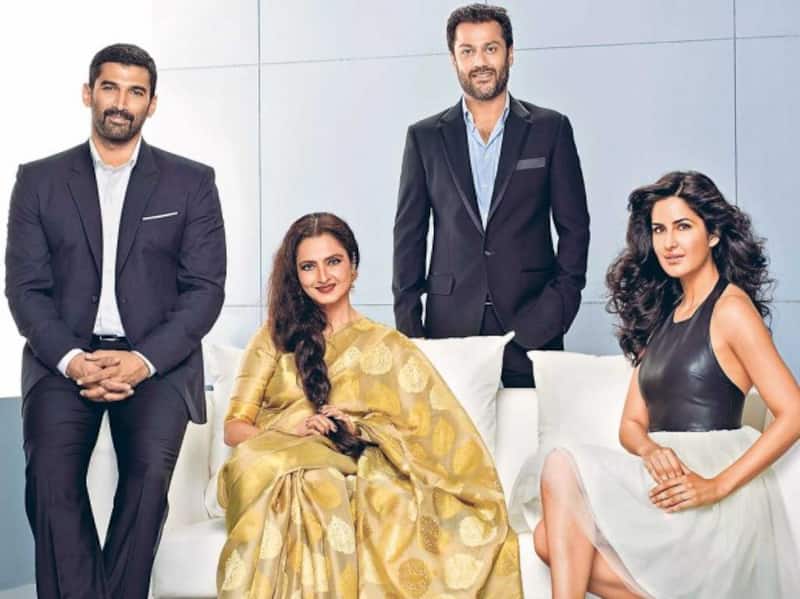 The film has been making news thanks to it's unique set of actors, which also includes Bollywood's evergreen beauty Rekha

Fitoor is a love saga directed by Abhisek Kapoor who made Kai Po Che that did fairly well. The romantic film is about a love triangle involving a Kashmiri boy Noor (Aditya Roy), his lady love Firdous (Katrina Kaif) and the Begum (Rekha). Also Read - Aashiqui 3: Kartik Aaryan meets Anurag Basu and Bhushan Kumar; fans urge to get Shraddha Kapoor on board

Fitoor shooting started in the famous Nishat Garden on the banks of the Dal Lake in summer capital Srinagar as Katrina arrived at the sets wearing a burqa in typical Kashmiri style in the morning. The movie is running behind schedule, as it was scheduled to hit the floor last year, sources in the film unit said. Also Read - Malaika Arora to Kareena Kapoor Khan: Celebrities who have been subjected to false pregnancy rumours

"The film unit has been in the Valley for the last three days and we are working overtime to complete the shooting schedule," a source said. "Fitoor" is not only the first Bollywood movie being shot in Kashmir after last year's floods, but it is also the first to be shot here this year. The arrival of the "Fitoor" film unit is believed to be a good omen for this year's tourist season in Kashmir. Bollywood and Kashmir have had an intimate and mutually beneficial relationship for decades since 1960s. This was interrupted due to the separatist violence in the Valley that started in early 1990s.

As the situation improved over the years, Bollywood has again returned to its choice locations in Kashmir. Bollywood blockbusters of bygone years like Shammi Kapoor-Saira Bano starrer "Junglee", Shammi-Kapoor-Sharmila Tagore romantic bonanza "Kashmir Ki Kali", Rajesh Khanna, Shammi Kapoor, Hema Malini super hit "Andaz" and Yash Chopra's "Silsila" are some of the memorable films those were shot in Kashmir.