All eyes were on Katrina Kaif and Ranbir Kapoor yesterday as they came together in front of the media for the first time after their breakup. All this while there were speculations being made whether Ranbir and Katrina would ever come together for the promotions of Jagga Jasoos, their (supposedly) last film together. However, they DITCHED all such rumours and went on to clarify that they will be promoting the film together. So finally when it happened yesterday.. when they were under one roof, sharing the same stage, sitting next to each other at the song launch of Galti Se Mistake from Jagga Jasoos, we captured three moments from the event that throw light on the fact that there is still some awkwardness between the ex - lovers. Of course, both Katrina and Ranbir have got over the break up, that's pretty much evident but what's also noticeable is the awkwardness. Why we say so? At the event yesterday, there were certain instances where both Ranbir and Katrina did talk to each other or try and joke around, but there was absolutely no eye contact. When Katrina said something, Ranbir looked down or elsewhere and when he said something she looked somewhere else. So there was absolutely NOT eye contact between them most of the times. Also Read - THESE fresh pairs are set to impress the audience with their chemistry on the silver screen 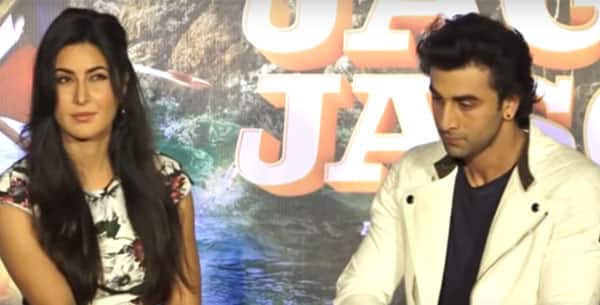 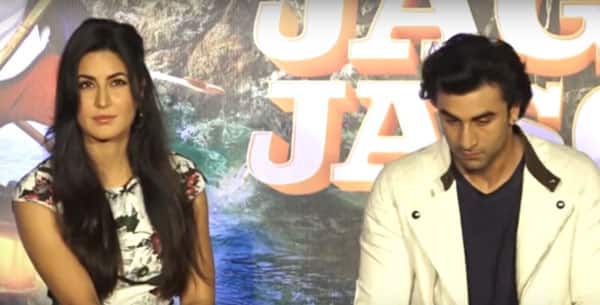 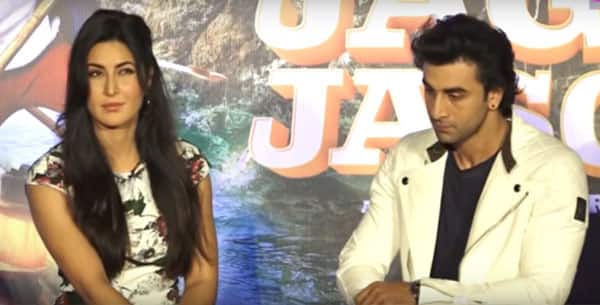 
Post their breakup, neither Katrina nor Ranbir have spoken about their relationship. Of course it's all in the past now, but people sure are curious to know the reason behind their split. Let's see if either of them just accidentally open up about it during promotions..

Directed by Anurag Basu, Jagga Jasoos is slated to release on July 14, 2017.