From feeling sorry for Salman Khan on being dumped again to sending congratulatory messages in advance to Katrina Kaif and Vicky Kaushal, people have let their imagination run wild free.

Katrina Kaif and Vicky Kaushal had been playing hide and seek with the media for a long time now apparently to keep their relationship a hush-hush affair. The two have been spotted together on several occassions but so far, they have somehow avoided getting clicked together by the paparazzi. A few days ago, they tried to dodge the media at the Shershaah screening as well. And now the latest rumour suggest that Katrina and Vicky have got engaged in a secret roka ceremony. Also Read - Throwback Thursday: When Salman Khan went down on his knees to propose Katrina Kaif with the song Mujhse Shaadi Karogi playing in the background

While there is no official confirmation about VicKat's rumoured engagement, netizens have been sharing their reactions on social media which are nothing but hilarious. From feeling sorry for Salman Khan on being dumped again to sending congratulatory messages in advance to the couple, people have let their imagination run wild free. Also Read - These Bollywood movies STREAMING on ZEE5, Jio Cinema, Netflix and more OTT platforms were banned in Pakistan for bizarre reasons 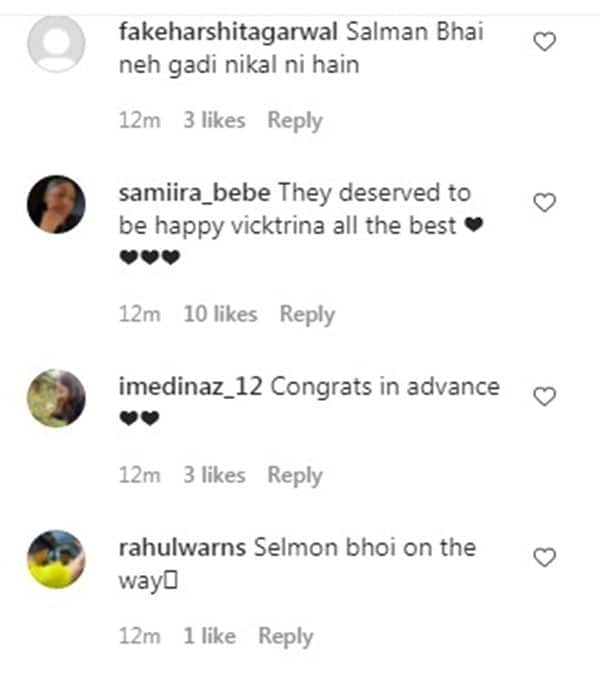 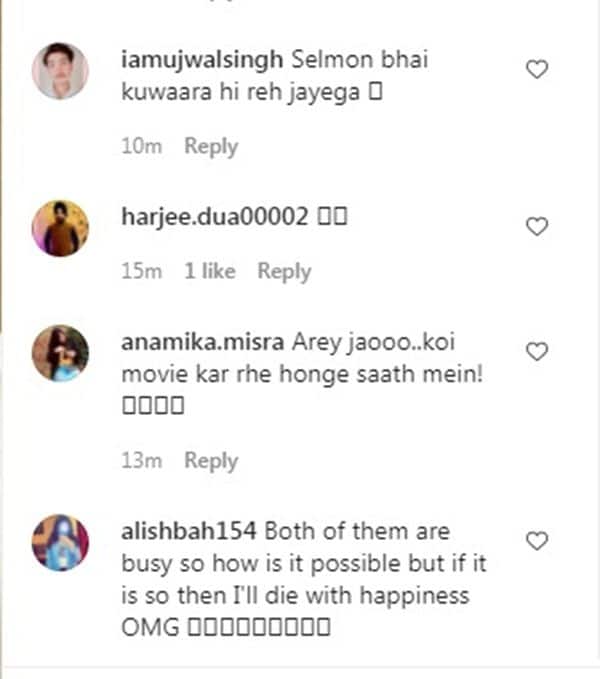 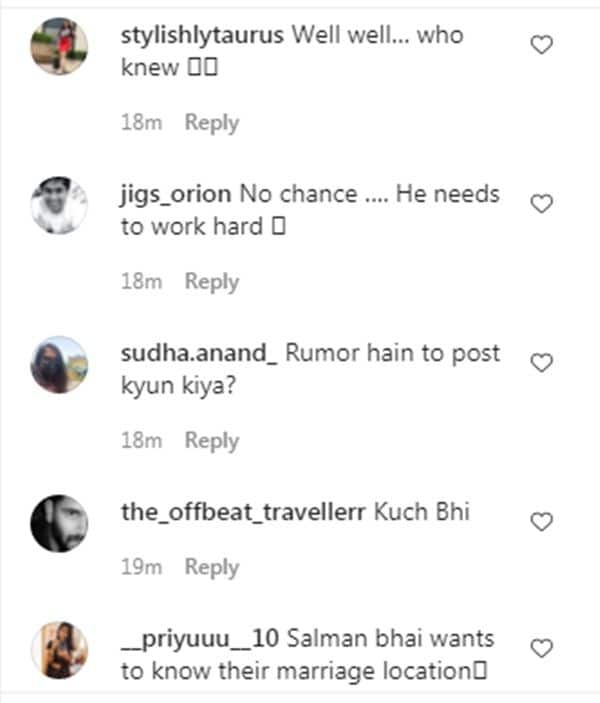 Though the two have been quite secretive about their relationship, earlier reports had also suggested that the two are eagerly waiting to make their relationship official. It was also being said that Katrina and Vicky plan to get engaged by the end of this year.

Amid the ongoing rumours, Sonam Kapoor's brother and actor Harsh Varrdhan Kapoor dropped a bomb about Katrina and Vicky's relationship and confirmed that the two are dating. In an appearance on Zoom's By Invite Only, Harsh Varrdhan was reportedly quizzed which Bollywood relationship rumour he believes to be true, to which the actor allegedly replied, "Vicky and Katrina are together, that's true... Am I going to get in trouble for saying this? I don't know. I think they're quite open about it."

It remains to be seen whether Katrina and Vicky will take the online route to make their relationship official.

Meanwhile, Katrina and Salman have resumed shooting for Tiger 3. They are heading to Russia to shoot the international leg of the spy thriller which was put on hold due to the pandemic. The 45-day gruelling schedule is filled with action sequences, and will see Salman and Katrina shoot in at least 5 international destinations including Austria and Turkey.

Tiger 3 is the third part of the spy thriller franchise starring Salman Khan with Katrina Kaif. The first instalment Ek Tha Tiger directed by Kabir Khan released in 2012. The second Tiger Zinda Hai released in 2017 and was directed by Ali Abbas Zafar.