Katrina Kaif shimmered at the green carpet of IIFA Rocks 2017 but she definitely didn't catch our eye! Everything about her look is over the top and too shiny.

Katrina Kaif shimmered at the green carpet of IIFA Rocks 2017 but she definitely didn't catch our eye! Everything about her look is over the top and too shiny. Now we're very much used to the actress keeping a safe palette whenever she has to make an appearance. There's never a lot o fuss and when there is, it's usually worth it. However, that clearly isn't the case with her outfit for the night. Her intention seems legit as she wanted to do something different than her usual safe choice. But it seems to have backfired like anything. Although, when we saw her picture on her Instagram, it gave us a feeling that maybe this is going to be good. The minute we saw her on the red carpet though, all those hopes were crushed into bits. Well, everything about the outfits screams, bad choice! Also Read - Guess The Price: Katrina Kaif's bright silk dress is lot more affordable due to THIS reason

Let's talk about her ensemble, since that did make us cringe the most. The garish red ruffled saree certainly didn't deserve to make an appearance at the green carpet. Be it IIFA Rocks or any award function, the outfit doesn't complement the actress in any way. Not just her, this ensemble should be exterminated and the sooner the better. The shimmer of the golden blouse and the bright red ruffles were one of the worst combinations we've ever witnessed. Lately we haven't really seen Katrina in her best fashion zones. Remember the whole makeover she underwent last year? Can we please get that bold Katrina back? Oh but the nightmare doesn't end there. Do you see the golden earrings she has accessorised with the look? How can you miss it, it's right on your face! Ditching them would've been a better option. Also Read - Deepika Padukone, Alia Bhatt, Kareena Kapoor Khan and 7 more Bollywood beauties who left their education mid-way for a career in Bollywood 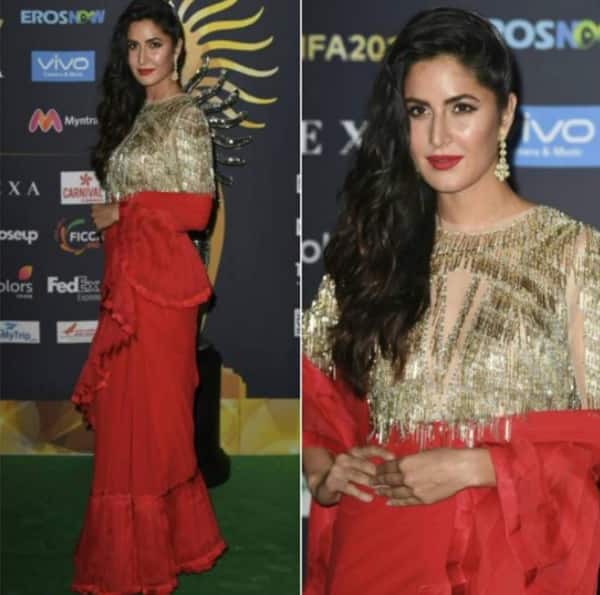 There's so much that has gone wrong in this look that no matter what we suggest, there's no saving Katrina! To be honest, we now wished the actress opted for a safer look than give us such a drab outing. She is wearing an Abu Jani Sandeep Khosla creation and has been styled by Tanya Ghavri. While usually her stylist does a very good job, this time she didn't think twice before making Kat waltz about in that outfit! Despite the hair and makeup being on point, the outfit has totally ruined the chances of any brownie points she could've received from us. Did you notice that the golden blouse is actually peek-a-boo? Look closely. Not that it makes much of a difference. 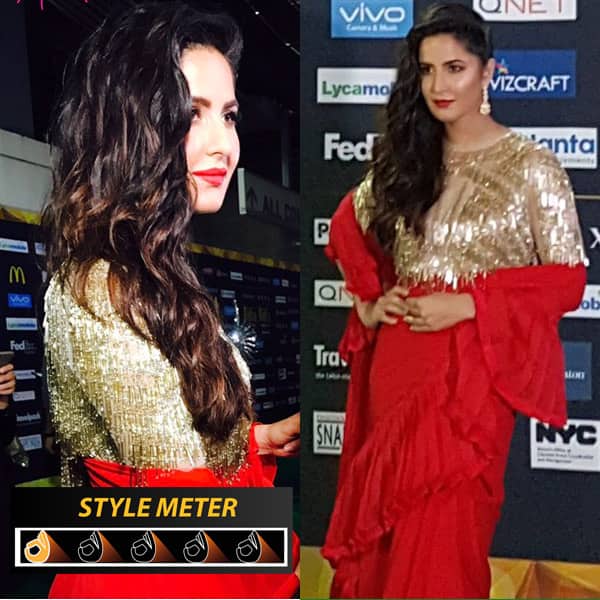 In fact, it further exemplifies our distaste towards this outfit. She could've done so much better. Especially after her lovely attire at the press conference of IIFA, we had our hopes very high. Now we just hope that she makes up for this at the main awards event.