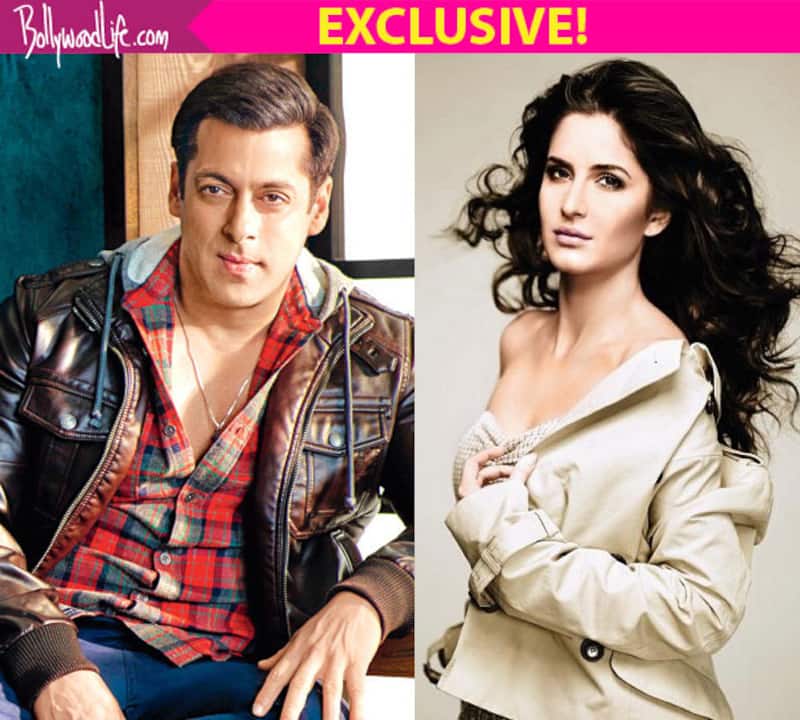 Yes, you heard that right...

Salman Khan and Katrina Kaif together have rocked the silver screen. One of the most loved jodis of Bollywood, the duo has not reunited after Ek Tha Tiger. Salman who has always spoken highly of Katrina's dedication and hard work still stands in support of the Fitoor heroine. And finally the duo will reunite for a project. Unfortunately fans of the two actors have been eagerly waiting for the two to come back together. For that we will have to wait for some more time, for now we have some good news for you all. Salman Khan and Katrina Kaif have united for a film, the ex-lovers will not be sharing screen space. Read on for more details... Also Read - Shah Rukh Khan, Aamir Khan, Salman Khan and more biggest superstars of Bollywood and their first salaries

A source revealed some EXCLUSIVE details of Salman-Kat's this project, which is in a very nascent stage right now. "Salman has collaborated with Karan Johar for a film. And if all goes as per the plan, Katrina Kaif and Sushant Singh Rajput will play the lead roles," said the source. Of course we all know that Sushant who is currently in news for his alleged split with girlfriend Ankita Lokhande was to star opposite Katrina in Fitoor. The actor walked out of Abhishek Kapoor's movie coz of Shekhar Kapur's Paani, which has gone to the back burner. Also Read - Kareena Kapoor Khan to Aishwarya Rai Bachchan: Bollywood actors who were labelled as MOST arrogant

While fans will be disappointed at not having Salman - Katrina together on the silver screen. The fact that Katrina managed to bag this project only speaks volumes about the duo's great bond. For the longest time there were speculations that Salman was not willing to work with Katrina and had turned down ad film and movie offers that featured his ex. But now this news of Katrina working in a movie backed by Salman just puts end to all rumours suggesting that the duo won't work together. Also it would be interesting to see Kat team up with Sushant, after all a lot was spoken about this fresh pairing, right? Watch this space for more hot Bollywood scoops and updates... Also Read - Before Shruti Haasan, Katrina Kaif, Kiara Advani and more Bollywood actresses proudly flaunted their bloated faces