Katrina Kaif is pregnant? Here's the truth behind her and Vicky Kaushal's doctor visit

Katrina Kaif and Vicky Kaushal were spotted outside a doctor's clinic and once again the pregnancy rumours of the Tiger 3 started doing the rounds. 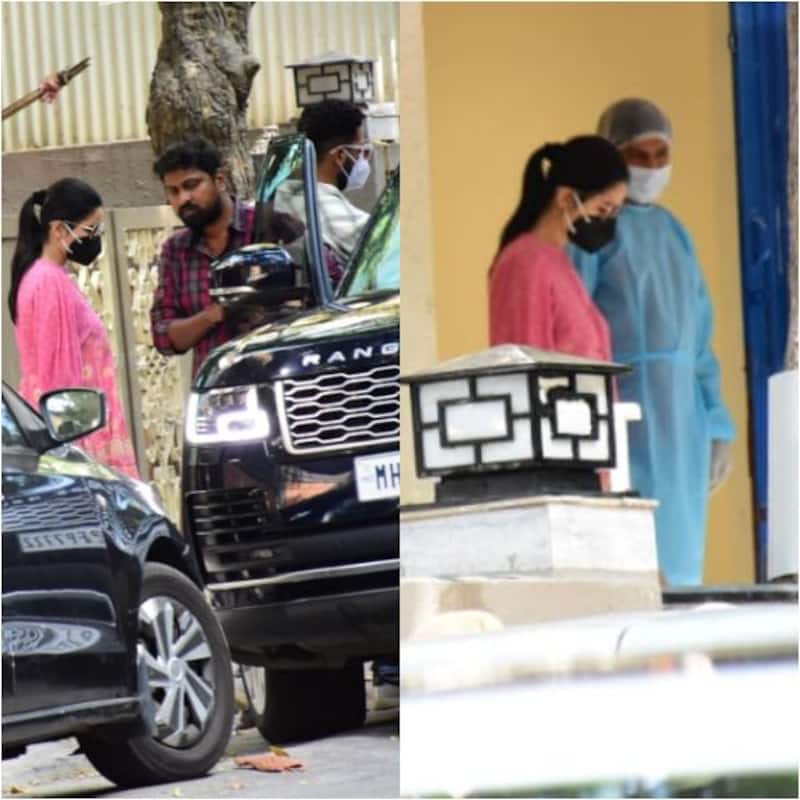 Katrina Kaif and Vicky Kaushal were spotted outside a doctor's clinic and obviously once again the Tiger 3 actress pregnancy rumours spread like a wildfire. Vickat fans are celebrating that the power couple of tinsel town is soon going to become parents. But seems like the celebration is too early. Why you ask? A close source to the couple claims that Katrina Kaif's recent visit was not her dentist checkup and it is nothing related to her pregnancy. While the source didn't claim that she is not pregnant. Also Read - Heart of Stone first look: Arjun Kapoor and more Bollywood celebs REACT to Alia Bhatt's Hollywood debut; here's what they said

Katrina Kaif and Vicky Kaushal got married in December last year amid their close friends and family. While a few months ago the pregnancy rumours about the actress started doing the rounds. In fact, her latest appearance at the airport confirmed that she is excepting her first child as her fans could spot the baby bump. While the pregnancy rumours have been doing the rounds for quite a time now, not Vicky and Katrina have released an official statement if they are expecting their first child or not. Also Read - Richa Chadha and Ali Fazal wedding to be a hatke affair: Will not follow Katrina Kaif-Vicky Kaushal footsteps [Exclusive]

And this latest visit of the couple was a routine dental checkup. While Vicky on Koffee With Karan 7 too had said that Katrina has got her wisdom tooth removed when she said on the call that she is having ice cream after Sidharth Malhotra claimed she is lying as Katrina doesn't eat ice cream. Well pregnant or not Vicky and Katrina's appearance together often makes their fans swoon and how.

On Karan Johar's show also Vicky Kaushal highly spoke about his wifey Katrina that now she is her mirror and she keeps him grounded. He is also very well settled with her now. Vicky Kaushal and Katrina Kaif's love story had started on Karan Johar's Koffee couch almost two years ago.