Katrina kaif is getting hotter by the day and what's also making headlines is her growing proximity with Sidharth Malhotra. These pictures will make you wish they were a couple!

They look incredibly HOT together, we have to agree!

Katrina Kaif's 'revenge bod' as the media likes to call it, is creating storm. She has suddenly become one woman everyone wants to turn into. She is looking like a doll and we are loving it. If breakup does that to you, we wonder why people lose control of themselves when it happens. Deepika Padukone too became so focused on her work after her breakup with Ranbir Kapoor that today she is the tenth highest paid actress in the world. We don't know if Ranbir can take credit for any of it but it seems the moment he decides to let go off a good girl, they become perfect woman. Katrina is getting hotter by the day and what's also making headlines is her growing proximity with Sidharth Malhotra. They couldn't keep their hands off each other at the wrap up bash of Baar Baar Dekho and now we have the pictures from the promotions of the film where the actress is clinging to the actor who is enjoying all the attention as well. Also Read - Happy birthday Katrina Kaif! 7 songs of the glam queen that make us hit the dance floor

Katrina Kaif made quite a fashion statement recently when she stepped out to talk about her September release Baar Baar Dekho. In a check pant suit, she was looking ravishing. Everything she wears these days, looks as if it was made just for her and nobody else will fit in. Sidharth on the other hand is pretty dashing here. But what we couldn't get over is the chemistry between the duo. Fresh out of a successful tour, Sid and Kat's closeness has only increased. Look how Katrina is hugging Sidharth. It's damn cute. If they ever decide to get romantically involved, it will be one hell of a hot couple. Look at these pictures and you will know. Also Read - 5 times Sayani Gupta mesmerised us with her unconventional style statements 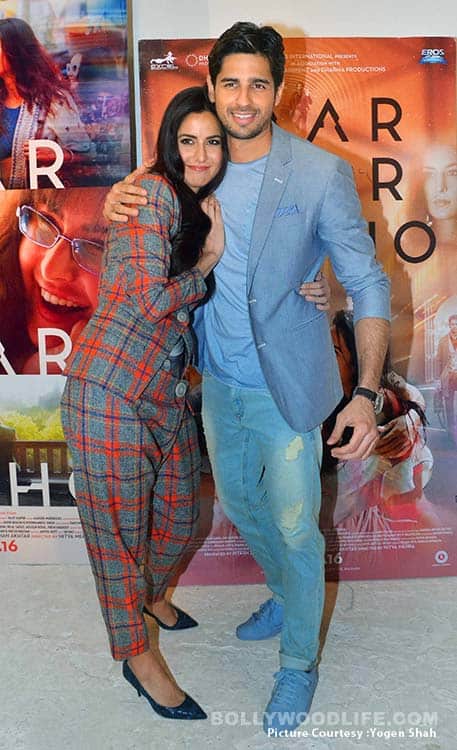 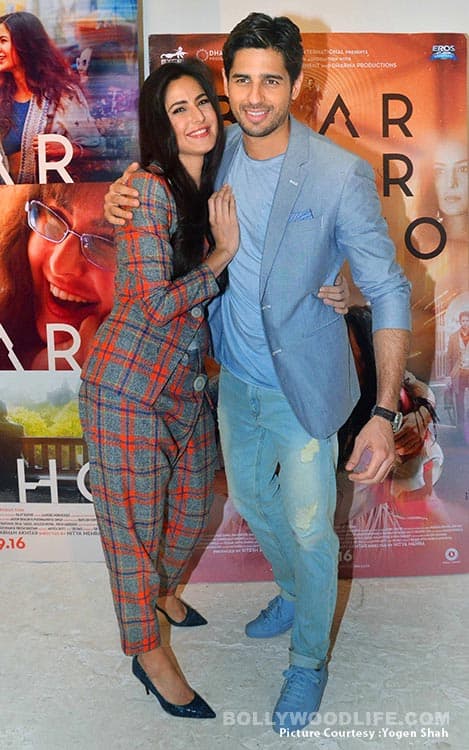 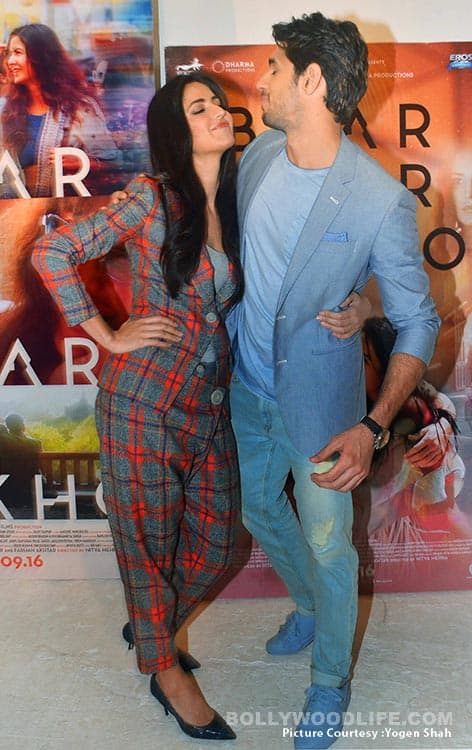 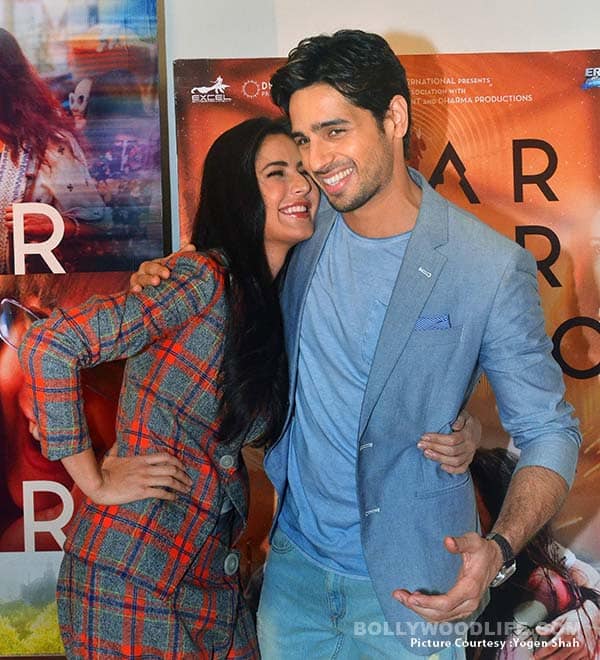 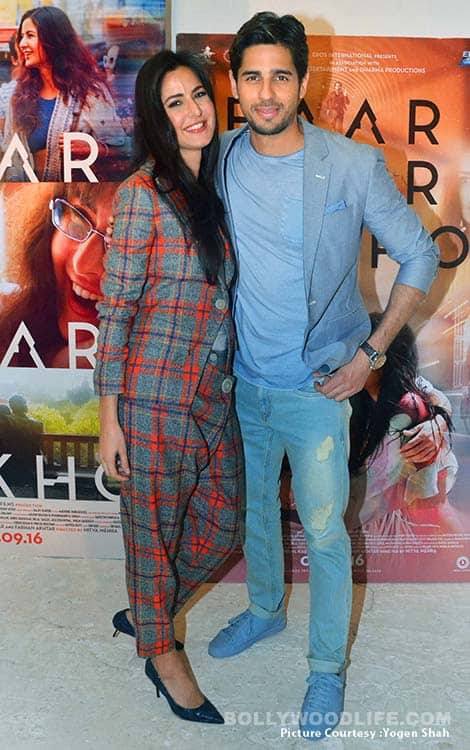 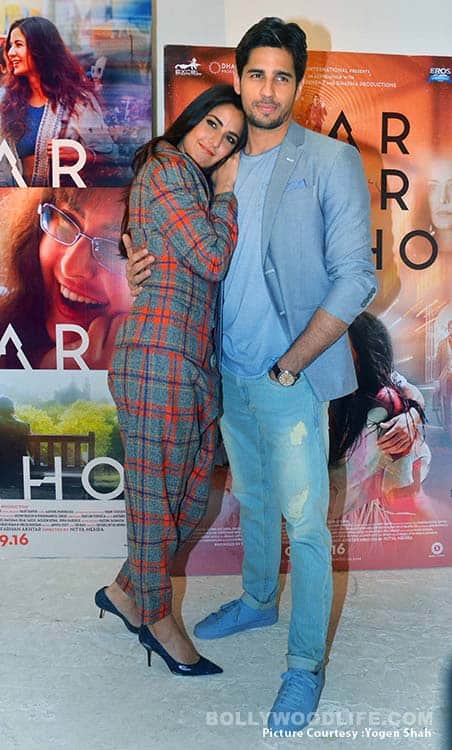 Also Read - It's Expensive! Sayani Gupta's orange bikini look will cost you as much as a high end smartphone

Tell us if we are wrong. We told you how Kat and Sid landed in Mumbai together before Alia Bhatt, Sid's rumoured girlfriend. Katrina Kaif, Sidharth Malhotra and Karan Johar who were a part of The Dream Team tour returned to the city after their tour ended few days back. The team which also comprised of Alia Bhatt,Varun Dhawan,Parineeti Chopra and Aditya Roy Kapoor were seen performing across various cities in US including Houston, San Jose, Orlando, Chicago, New Jersey and Los Angeles. During the tour, Sidharth even carried Katrina in his arms even in the backstage.

So what happened was in one of their performances in Houston, Sidharth’s finishing move was to lift Katrina up in his arms. If that was not enough to make you fanboy about the on-screen couple, Sid proceeded to carry Katrina in his arm to the backstage as well. So damn cute.