Katrina Kaif or Kangana Ranaut - Whose bow game is on point?

Cuter the lady, cuter the bow!

It is the two fashionistas of Bollywood, whose style sensibilities are polar opposite. While Katrina believes in minimal and subtle fashion statements, Kangana always dresses to stand out of the crowd. While Katrina is something of a conformist in the fashion department, Kangana is a baller, a risk-taker and a Bohemian with the outfit choices. But we saw a rare sighting where Kangana and Kat were spotted wearing something similar. Yeah, we know they weren't spotted wearing the same outfits but there was a minor detail - that of a bow on their t-shirts - that was the same. Also Read - Worst dressed: Even Sonam Kapoor, Kareena Kapoor Khan couldn’t make these drab outfits work! 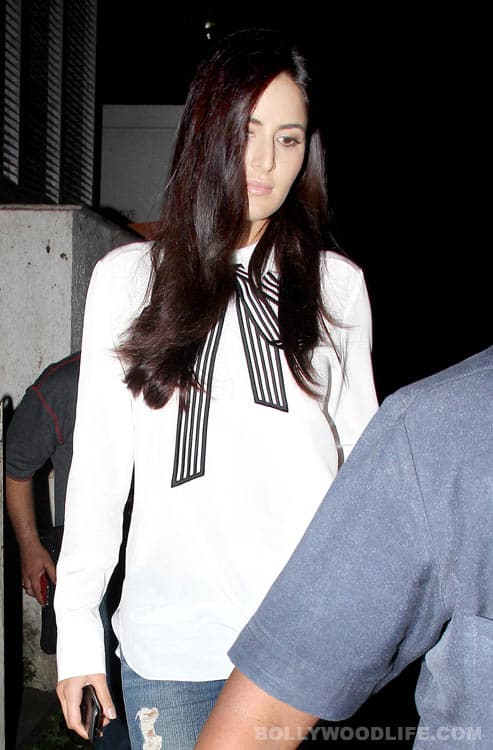 While Kat was spotted at Royalty, in Bandra wearing Stella McCartney, Kangana was spotted a few days back at Mehboob studio wearing the bow detail t-shirt with a funky printed skirt. Obviously Katrina's look was more understated (even though we are DIGGING her shoes) Kangana looked like the Bohemian one and she was totally working the look. She wore sneakers with the skirt, a choice not a lot of Bollywood babes have made! Both Kat and Kangana didn't accessorize, which worked. Also Read - Worst dressed: From Sahher Bambba to Priyanka Chopra, these B-town beauties can do better for fashion's sake

Both Katrina and Kangana pulled off the bow detail on their respective clothes but in their own unique ways!