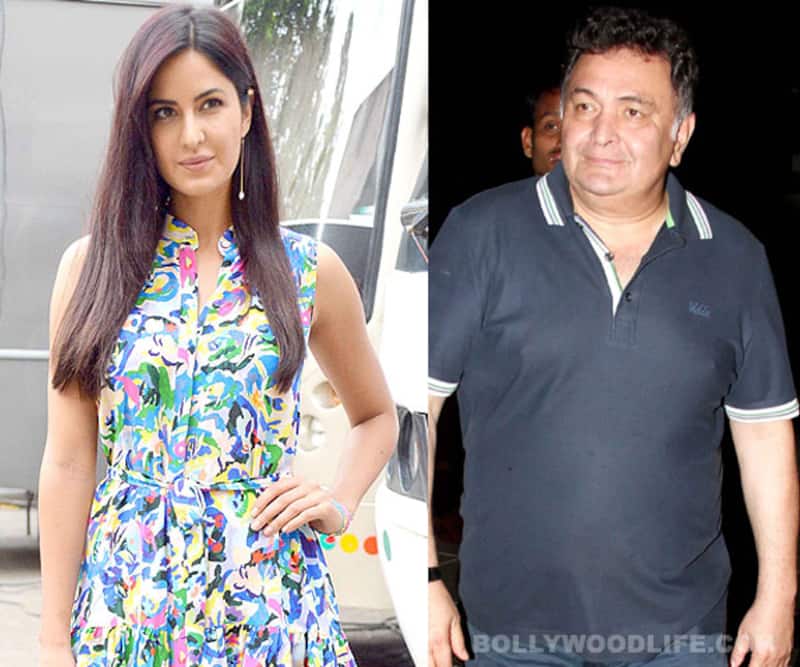 Read on to find out why the actress said this about her boyfriend's dad!

Bollywood actress Katrina Kaif heaped praise on Rishi Kapoor, father of boyfriend Ranbir Kapoor, and called the veteran actor a living legend."I have worked with Rishiji (Rishi Kapoor) in Namastey London and he was super kind to me. I think he is a wonderful, fascinating, eccentric, person. He is a living legend and I feel happy when I see him," said Katrina . Also Read - Trending Entertainment News Today: Disha Patani sparks lip and nose job speculations; Urfi Javed's reaction on Alia Bhatt's pregnancy grabs eyeballs and more

The couple started dating each other during the shooting of Ajab Prem Ki Ghazab Kahani in 2009. Photographs of Ranbir and Katrina holidaying in Ibiza went viral in 2013, confirming their relationship. Though the two starts are often seen together, they have not uttered a word on their relationship. The 32-year-old actress, who is also seen bonding with the Kapoor family, was all praise for the clan. Also Read - Animal: Rashmika Mandanna reveals she got Ranbir Kapoor starrer because of her act in THIS blockbuster film

"We haven't spent much time together as everyone is busy with their own work. I have lot of fondness and respect for everyone," Katrina said. Asked about their impending marriage, the "Dhoom 3" star said, "There are no plans of marriage yet. I don't understand why people are rushing ... hurried for us (Ranbir and I) to get married. Marriage has to happen when the time is right for both the people." Also Read - Koffee With Karan 7: After Ranbir Kapoor, RRR stars Ram Charan, Jr NTR refuse to appear on Karan Johar's show [View Pics]

Katrina, who will be next seen in Kabir Khan's Phantom opposite Saif Ali Khan, said she does not understand why her personal life makes more news than professional. "I wish it would not have happened. Recently I was there at a seminar where successful people from all walks of life had come to speak about their work. There we were celebrating excellence and everyone was asking me about boyfriend and my personal life," Katrina said. "We talk so much about women empowerment, pay equality and all that and we are still asking a professional successful women about her boyfriend isn't that contradictory," Katrina said.