Bollywood's hottest couple Katrina Kaif and Vicky Kaushal will be celebrating their first wedding anniversary on December 9. The two have jetted off to an undisclosed location and are enjoying their holiday in the mountains. 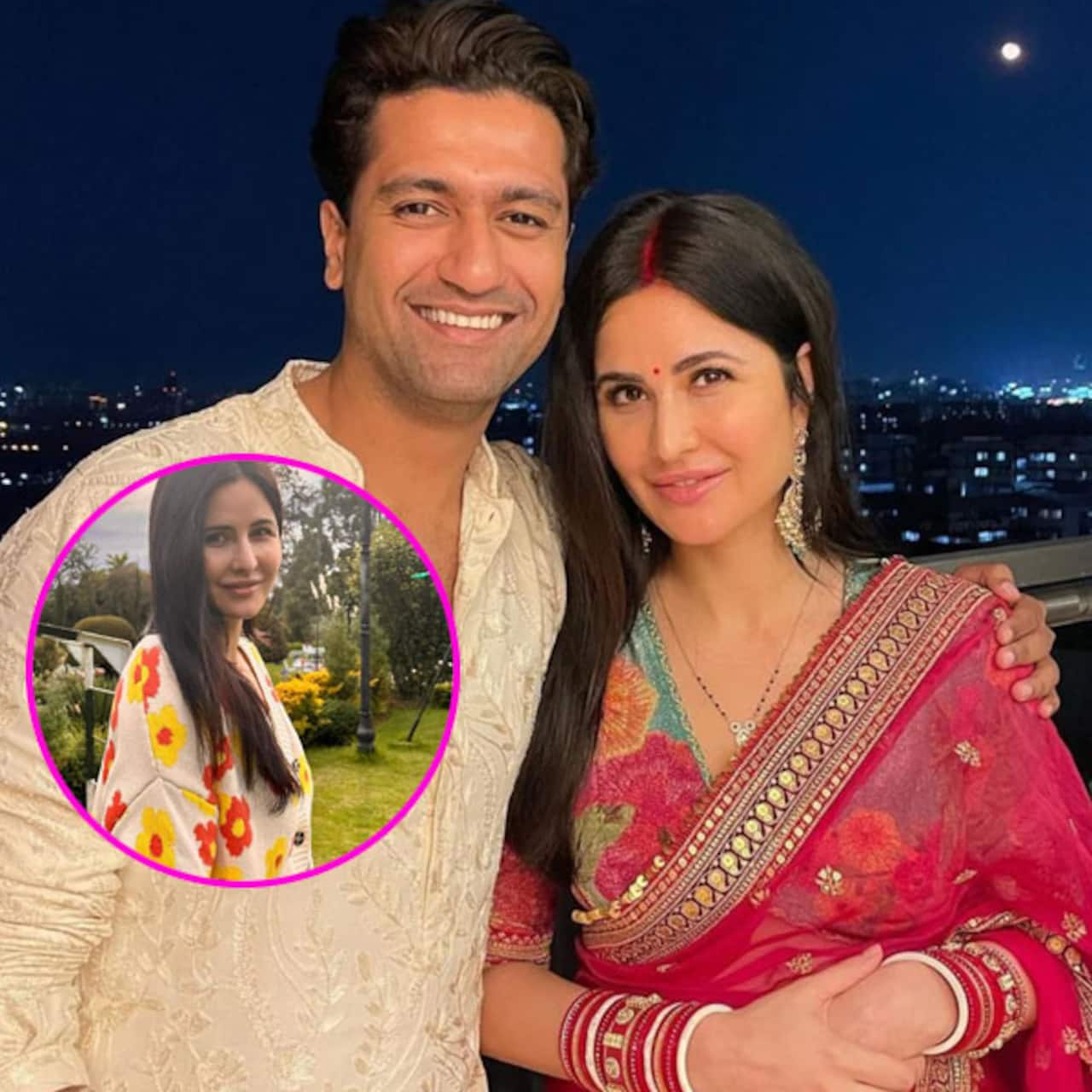 Bollywood actress Katrina Kaif is having a ball with her time with her husband Vicky Kaushal in the mountains. The head-over-heels couple is busy spending their time and enjoying themselves to the fullest. The gorgeous actress recently treated all her fans with some ravishing pictures of herself which were clicked by her handsome husband. In the pictures, Katrina can be seen s]posing in the garden and looked beautiful in a floral sweater that she paired with jeans. She completed her look with no make-up look and left her tresses open. She posed amidst a breathtaking view and captioned the post as, 'Pahadon mein...... (camera emoticon): Husband.' Also Read - Katrina Kaif full wedding look out, looks like a queen in Sabyasachi red bridal lehenga | Watch Video

Earlier, Vicky shared a video of himself on his Instagram and revealed that his wife begged him to not post lip-syncing videos. He can be seen singing a song and dancing on Kyaa Baat Haii 2.0 from his upcoming film Govinda Naam Mera. He captioned the post as, 'My wife begs me not to put up such videos, but I can't help it. Hopefully one day she'll say... "KYAA BAAT HAII!!!' Also Read - Vicky Kaushal And Katrina Kaif Are Not Getting Married In December, Duo Clarifies | EXCLUSIVE

Katrina and Vicky jetted off to an undisclosed location ahead of their first wedding anniversary which is on December 9. The two walked down the aisle in Rajasthan in the presence of their friends and family members. Also Read - Exclusive! Katrina Kaif and Vicky Kaushal shoot for something exciting - find out what

On the work front, Katrina Kaif will be seen in Tiger 3 alongside Salman Khan. She also has Merry Christmas alongside Vijay Sethupati and Farhan Akhtar's Jee Le Zaraa alongside Priyanka Chopra and Alia Bhatt. Katrina was last seen in Phone Bhoot alongside Siddhant Chaturvedi and Ishaan Khatter. Talking about Vicky Kaushal, he has Govinda Naam Mera with Kiara Advani and Bhumi Pednekar. Their film will release on December 16, 2022.