Katrina Kaif wishes hubby Vicky Kaushal on his birthday, 'YOU make everything better'; his REPLY will win your hearts

Katrina Kaif wishes hubby Vicky Kaushal on his birthday with a romantic picture from their New York vacation. Read on to know more... 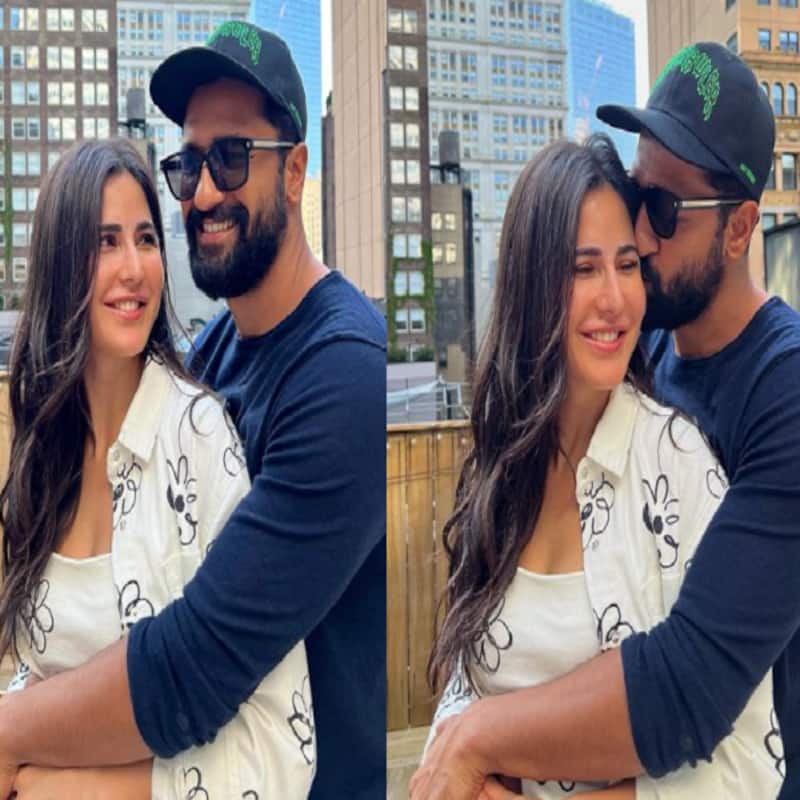 Katrina Kaif and Vicky Kaushal's pictures from their New York vacation had gone viral. The latter is celebrating his first birthday post marriage with wifey Katrina Kaif. While everyone is showering love and wishes on the actor on his special day, his wifey too shared a sweet birthday post for him, and the Sardar Udham actor's reply is winning hearts. Kat took to her Instagram and shared the pictures from their New York vacay and wrote, "New York Wala Birthday
I Simply put ……………… YOU MAKE EVERYTHING BETTER." The couple is clearly deeply and madly in love with each other. Well, Vicky Kaushal's reply shows he is head over heels in LOVE with his wifey. He replied, "Shaadishuda Wala Birthday!!!" Aren't they just super cute? Also Read - Ankita Lokhande wears a plunging neckline dress but looks uneasy; netizens say, 'Uncomfortable hoti hein aur pehen na bhi zarur hai'

Vicky and Katrina got married in the dreamiest way possible in December last year. Their wedding pictures still leave their fans swooning over them. Ever since the wedding, they have been sharing a lot of pictures on social media with each other, and their fans are loving this social media PDA. Katrina and Vicky indeed are made for each other and they made us believe in love all over again. Also Read - Trending TV News Today: Charu Asopa wants divorce from Rajeev Sen, Taarak Mehta Ka Ooltah Chashmah gets new Nattu Kaka and more

Happy Birthday you star boy! Vicky Kaushal is currently waiting for the release of his next film Govinda Naam Mera which also stars Bhumi Pednekar and Kiara Advani. For now, he is enjoying his New York vacation with his beloved wife Katrina Kaif.