Katrina Kaif's reaction on Ranbir Kapoor moving out of their love nest is every bit LEGIT! 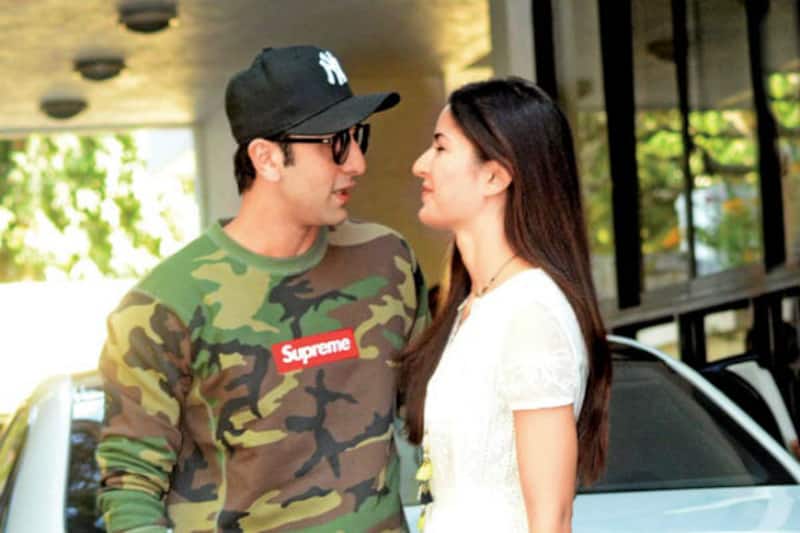 And she nails it every single time. Bow down lady...

The buzz around Ranbir Kapoor and Katrina Kaif's break up doesn't seem to die down any time soon. People want to know every little thing about the estranged couple right from where they are staying right now to when was the last time they met. More so, because neither of the two have even announced their break-up as yet, although Katrina is still doing her little bit by reacting to the rumours at Fitoor promotions. However, wait until you hear her latest reaction on being asked if Ranbir and she have actually moved out of their Bandra love nest or no. Also Read - Prabhas-Kriti Sanon, Ranbir Kapoor-Alia Bhatt and more couples who fell in love while shooting for a film together

So this reporter tried acting smart by putting the same question differently, to get a clarification on their break-up. And there she was. Like a boss, Katrina took that question and said, "Have I moved out of the house? I guess you should try these cookies. They are tasty!" Such a smart ass! This is exactly how Katrina has been conducting herself through all her media interactions post break-up. Also Read - Latest entertainment news: Alia Bhatt, Ranbir Kapoor planning to reveal daughter Raha's face; Varun Dhawan hints at Kriti Sanon-Prabhas relationship and more

Even in an earlier interview, Ms Kaif was heard clarifying why she will NOT speak about her personal life as she added, "It takes me two lines to say ‘I don’t talk about my personal life’, but if I start speaking about it, I will have to say 10 sentences, or maybe 20 or two pages to discuss each and every situation as it comes. It is for this and many other reasons that I choose to not discuss it at all." Also Read - New dad Ranbir Kapoor takes his fancy E-bike worth Rs 1,46 lakh for a ride; observes full precautions in post-Covid times [VIEW PICS]

Nevertheless, it can be noted that Katrina and Ranbir are indeed living separately. Where Ranbir has rented a new apartment in Bandra with his family. Katrina has moved back to her old house on the other side of Bandra. We wonder if there is any sign of reconciliation in this relationship. What do you think?