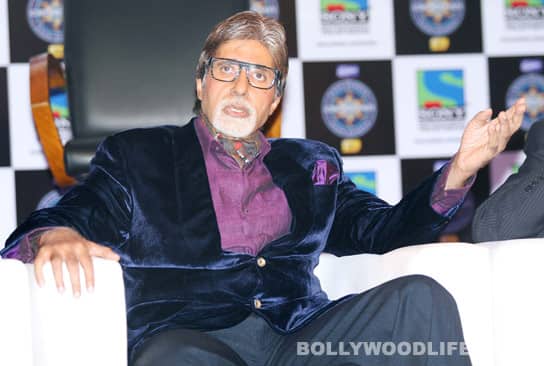 Tonight's episode of Kaun Banega Crorepati 5 will be full of colours, fun and frolic. Through its platform, the show wants to revive the folk art of puppetry from Rajasthan. Puppeteers present an array of puppet dances on the show. The game show starts with the first contestant, Vinod Kumar from Jharkhand. He has a very strange wish - he wants to buy a big house in which he can park 10 cars of his own! Also, Vinod wishes to spend an entire day with Amitabh Bachchan in his bungalow, to which the Big B replies that he himself never spends more than an hour in his house because of his busy schedule! Later, Vinod smartly quits the game and takes home Rs 6,40,000. The second contestant on the hot seat is Jalaj Tiwari from Jhalrapatan, Rajasthan. She is a dentist by profession. She believes that she can make people smile even when she is crying. She has a sad story that she reveals on the show. She is an unfortunate mother who has been longing to hear her daughter call her 'mommy'. Her daughter suffers from a rare disease. This brings tears in her eyes and our loving host Big B immediately comforts Jalaj's tears. Also Read - Bigg Boss 15: From Amitabh Bachchan to Shilpa Shetty – Before Salman Khan, THESE Bollywood celebs hosted the controversial reality show

All this and more coming your way on KBC 5, on Sony Entertainment Television channel on October 18 at 8.30pm Also Read - Chunky Panday opens up on the startling similarities between his OTT short film Tap Tap and his career; says, 'I had no work after giving India's biggest hit, Aankhen' [EXCLUSIVE]