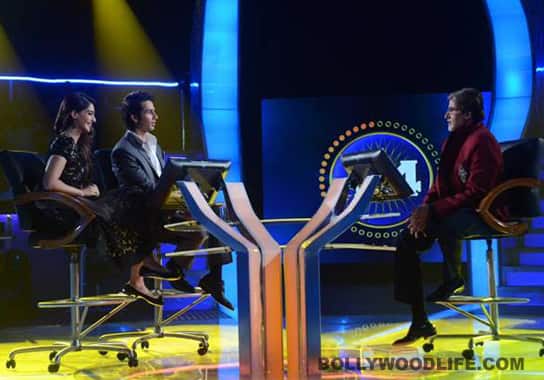 The two stars are on the hot seat this Ganesh Chaturthi

It's time for a different 'mausam' (season) tomorrow, September 1, on Kaun Banega Crorepati 5 and not just because it's Ganesh Chaturthi. Amitabh Bachchan will begin the episode by remembering Lord Ganesha and then introduce us to the celebrity contestants - Shahid Kapur and Sonam Kapoor. The two will talk about their upcoming film Mausam on the show and reveal interesting facts about their first film together. Shahid and Sonam also decide to donate their winnings to Umeed – a charitable organisation started by the wife of an Air Force officer. Incidentally, Shahid plays an IAF officer in Mausam. Shahid and Sonam also discuss every question before they give their answer. They will also recite a dialogue from the movie!
Also Read - Bigg Boss 15: From Amitabh Bachchan to Shilpa Shetty – Before Salman Khan, THESE Bollywood celebs hosted the controversial reality show

KBC 5 airs Mondays to Thursdays at 8.30pm on Sony Also Read - Chunky Panday opens up on the startling similarities between his OTT short film Tap Tap and his career; says, 'I had no work after giving India's biggest hit, Aankhen' [EXCLUSIVE]

Also watch: Shahid and Sonam at their diplomatic best on KBC 5
Also Read - BREAKING! Director Rakeysh Omprakash Mehra opens up on his next with Farhan Akhtar; says, 'Will put Bhaag Milkha Bhaag and Toofan together' [EXCLUSIVE]