#KeralaFloodRelief: Here’s how much have South Indian actors contributed to the Chief Minister’s Relief Fund

From Thalapathy Vijay to Ram Charan, most of the top stars of South Indian film industries have donated to the cause.

God’s own country, Kerala, has been going through a tough phase for the last few days after heavy rains caused floods across most districts in the state. With support from the Indian Navy and the State Government, life in the state is now coming back to normal. And to help resurrect the state, many actors, including Bollywood stars, have donated generously to the Chief Minister’s Relief Fund. From Thalapathy Vijay to Ram Charan, most of the top stars of South Indian film industries have donated to the cause. Here’s the list of South Indian actors, who have donated to the Kerala Chief Minister Relief Fund: Also Read - Sonu Sood REACTS on gifting Rs 3 crore swanky car to son Ishaan on Father's Day

Rajinikanth
The superstar has generously donated Rs 15 lakh to the CMRF during these tough times. Rajinikanth was one of the first actors from South India to have come forward for this cause. The veteran actor has also been urging his fans to do all they can to help the people of Kerala. Also Read - Kajal Aggarwal's sister Nisha wants the actress to have a baby soon for THIS reason 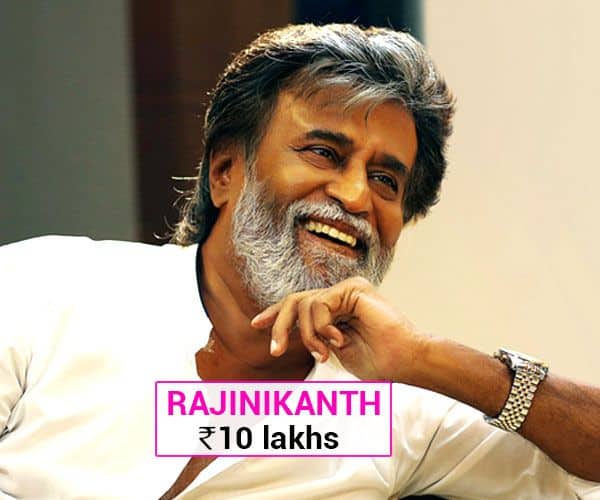 Kamal Haasan
The versatile actor, too, joined his contemporary, Rajinikanth, and contributed Rs 15 lakh, besides sending many relief materials to the state. Kamal Haasan has also been vocal about lending help to Kerala as the host of Bigg Boss' Tamil show. 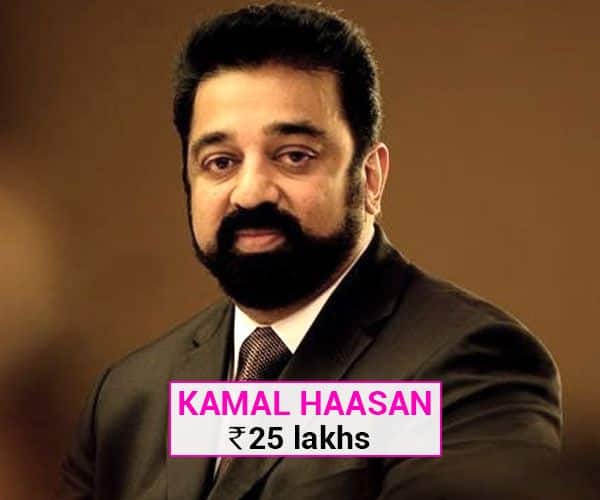 Thalapathy Vijay
The Mersal actor won a million hearts after he announced that he would donate Rs 70 lakh to the CMRF of Kerala. Vijay has also been co-ordinating with his fan clubs across Tamil Nadu and Kerala, and arranging for help. 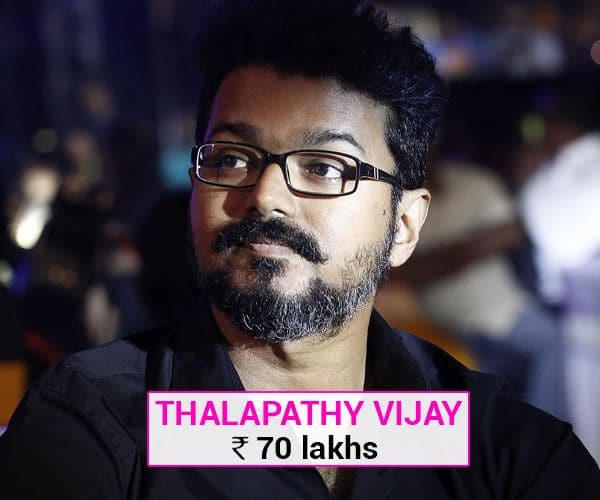 Vikram
Chiyaan Vikram, as he is fondly called, contributed Rs 35 lakh to the Chief Minister Relief Fund of Kerala, which will be used for the resurrection of the state. Vikram has also said that he will further do many more things to help the people of Kerala. 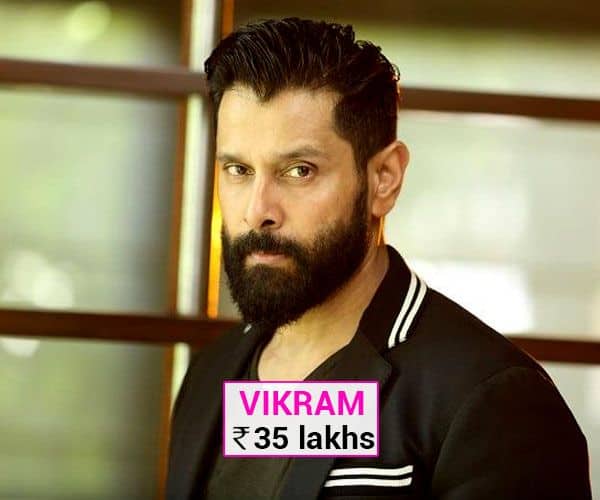 Suriya and Karthi
The actor brothers, Suriya and Karthi, handed over a cheque of Rs 25 lakh to the Chief Minister, PInarayi Vijayan, and have pledged their support to the state of Kerala. It is also being reported that Suriya has personally spoken with a few fan clubs and has requested them to do whatever they can. 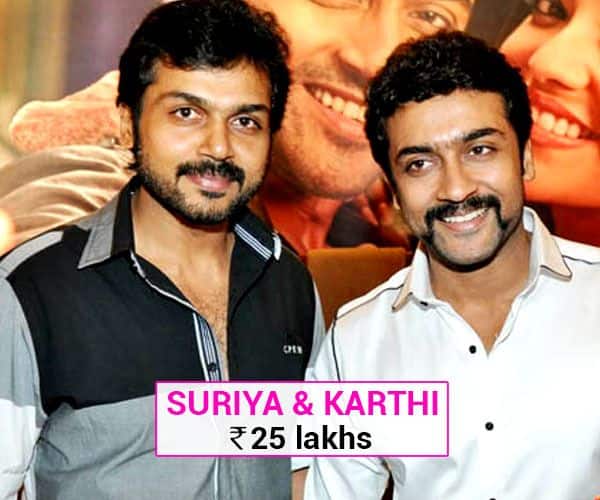 Ram Charan
The Rangasthalam actor stepped up to the cause and donated Rs 25 lakh for the cause. Ram Charan sent over the cheque to the CMO of Kerala and has also said that he would want to do more to help them stand back. 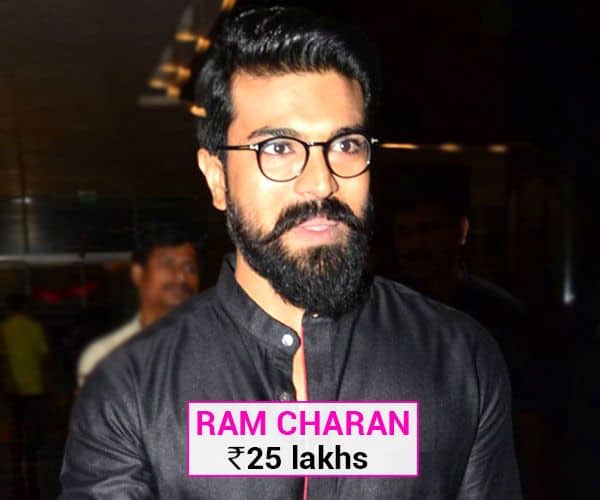 Chiranjeevi
The megastar of the Telugu film industry showed once again as to why he is hailed a hero by his fans and rose to the occasion when required. Chiranjeevi donated Rs 25 lakh to the CMRF and has also urged his fans to donate to help the people of Kerala. ALSO READ: #KeralaFloodRelief: Thalapathy Vijay donates Rs 70 lakhs through his fan clubs for the victims. 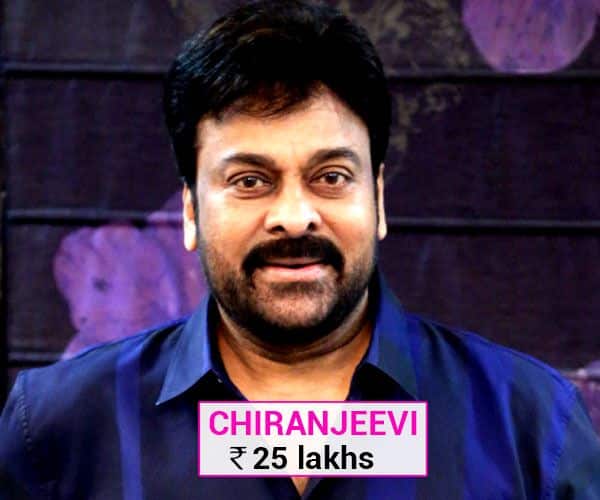 The superstar of Telugu cinema, who is known for his charity works, donated Rs 25 lakh to the state of Kerala and once again proved why he is the most favourite to many. Mahesh Babu also said that his foundation would put in their best efforts to help the people of Kerala. 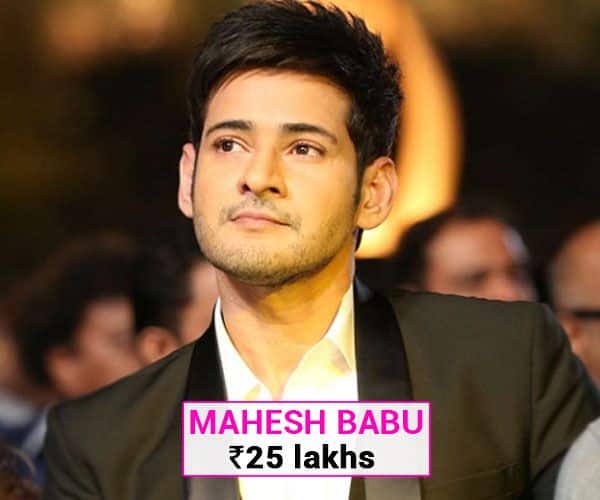 The king of Tollywood donated Rs 28 lakh to the CMRF as soon as he came to know about the natural calamity in the state. Nagarjuna's wife, Amala, hails Kerala and the family has a strong connection with Kerala. 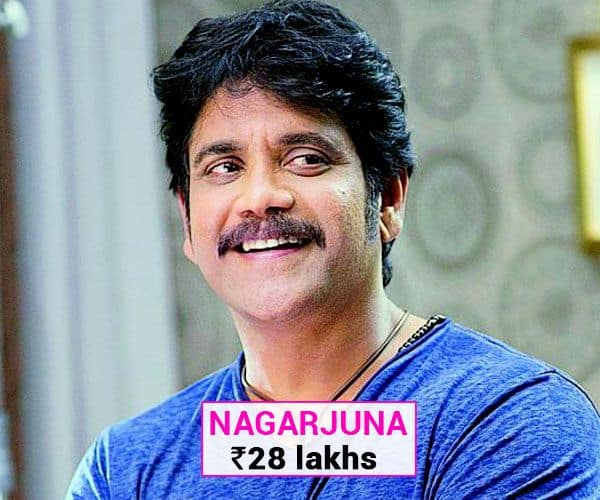 The 'Darling' of Indian cinema too chipped in with his share of support and sent a cheque for Rs 25 lakh to the CMRF of Kerala. Prabhas enjoys a huge following in Kerala and Baahubali is one of the biggest hits in the state. 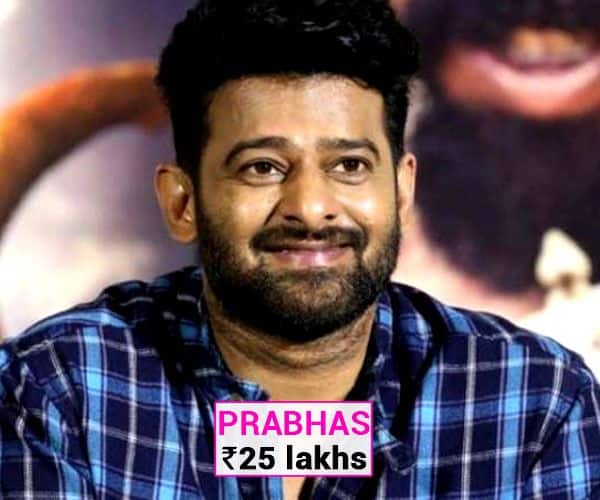 The 'Stylish Star' shares a special bond with Kerala because of the kind of following he enjoys in the state. Allu Arjun's films are all dubbed into Malayalam and many of them are blockbuster hits there. Fondly called a 'Mallu' Arjun, the actor donated Rs 25 lakh to the resurrection of the state. 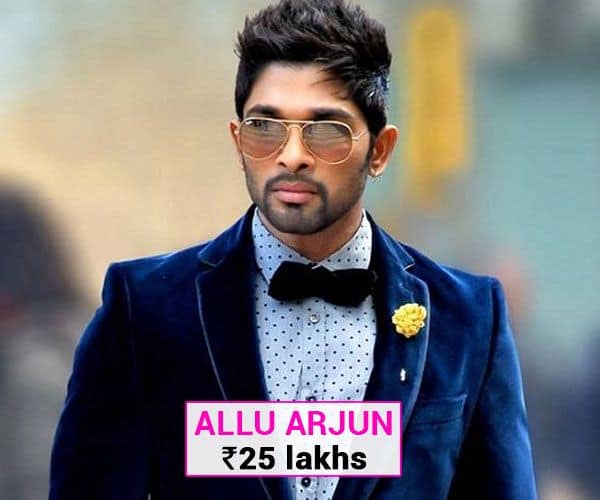 Known to be a gentle and warm person, the young Nandamuri actor too joined the forces and handed over a cheque for Rs 25 lakh to the Chief Minister of Kerala. 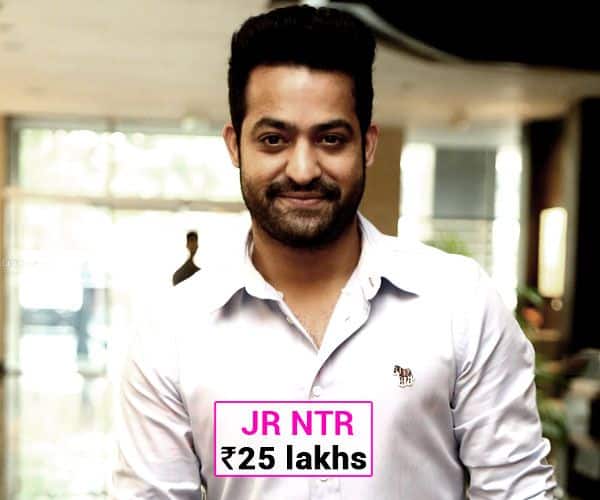 Keerthy Suresh
A half Malayali, Keerthy Suresh has a strong connection with Kerala and the actress is doing all she can to help. Besides donating Rs 10 lakh to the CMRF, Keerthy is also is said to be personally travelling to a few villages and handing over relief materials. The Mahanati actress is being lauded and compared to Savitri, who was known for her generosity. 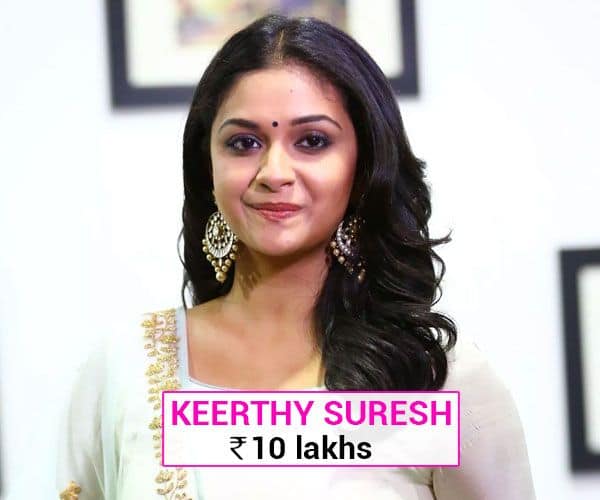 Vijay Deverakonda
The Rowdy man once again proved why he is the favourite of millions by donating to help the people of Kerala. Vijay donated Rs 5 lakh and has also said that he will soon take further steps to help more. 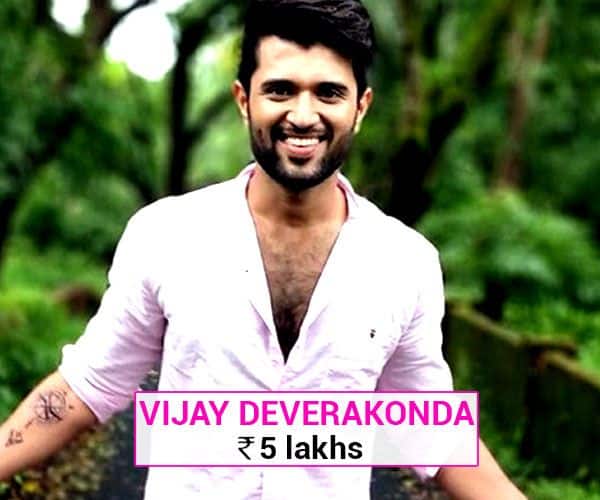 Dhanush
Like his father-in-law, Dhanush, too, lent a helping hand and donated Rs 15 lakh to the CMRF and is organising a few activities through his fan clubs to help the people of Kerala. 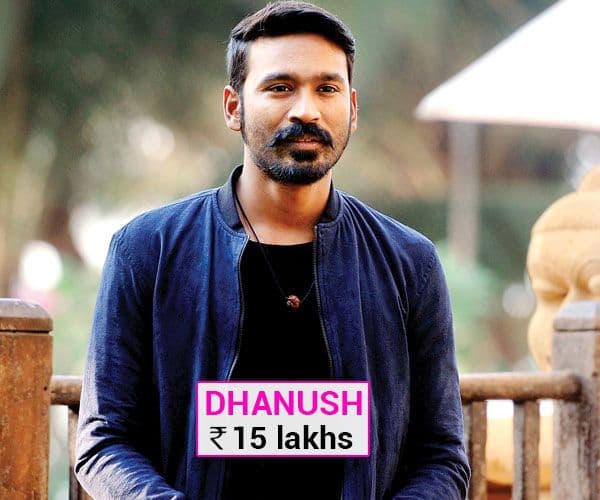 Vijay Sethupathi
He is fondly called Makkal Selvan, meaning the son of people. And the Vikram Vedha actor didn’t think twice before rising to the occasion. Vijay Sethupathi donated Rs 25 lakh for the cause winning many more hearts. 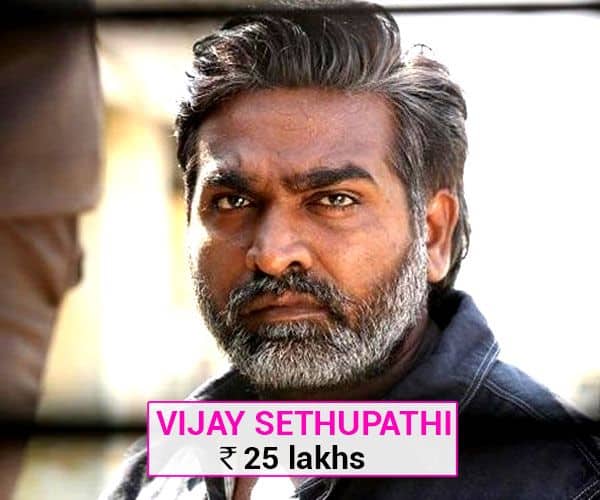 Dulquer Salmaan
The heartthrob of Kerala, Dulquer, is doing everything possible in his capacity and co-ordinating many activities to help the stranded people. Dulquer has also donated Rs 25 lakh to the CMRF to help rebuild the state. ALSO READ: #KeralaFloods: Malayalam actor postpones his wedding to help stranded people in affected areas. 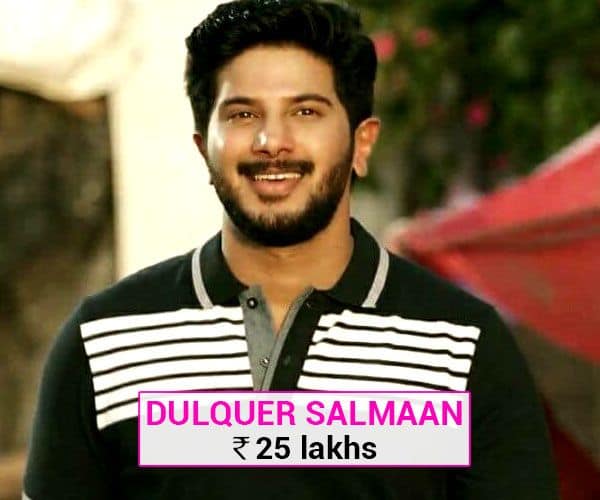 Mammootty
The megastar of Malayalam cinema stood by his people and donated Rs 25 lakh generously to help the state government. Mammootty is also working with Association of Malayalam Movie Artists (AMMA) to get more support for the people. 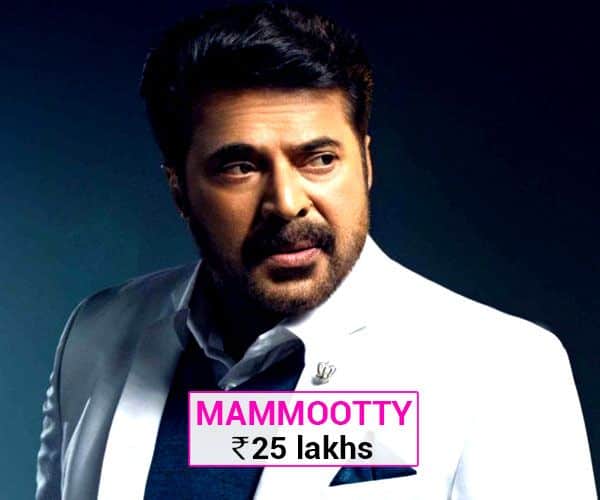 Mohanlal
Another legendary actor of Malayalam cinema, too, was right there when the state needed him the most and did his bit. Mohanlal donated Rs 25 lakh and as the President of AMMA, he is also planning many more things through the association. 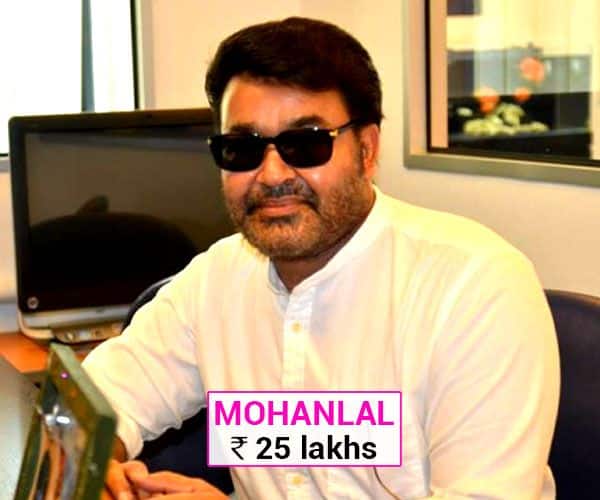 Nayanthara
Fondly called as Lady Superstar, Nayanthara is from Kerala and the top star did all she could do help people of the state. Besides donating 10 lakhs, Nayan is also planning to start few charity activities which would help collect more funds, reports reveal. 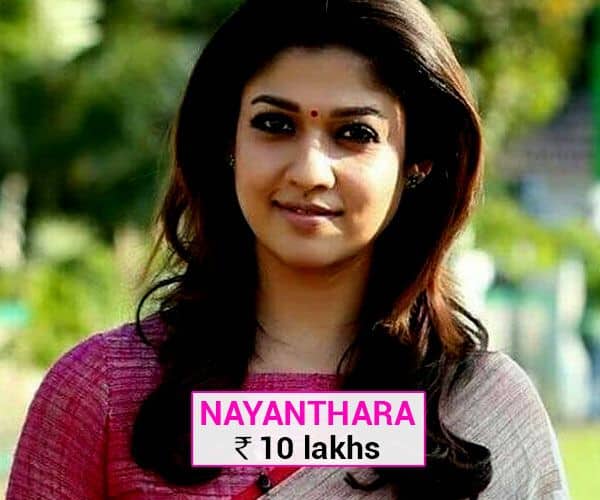 Vishal
The actor and TFPC President, who always is the first to step up, has also done hit part for the cause. Vishal donated Rs 10 lakh to the CMRF and has promised to do more over the coming days. 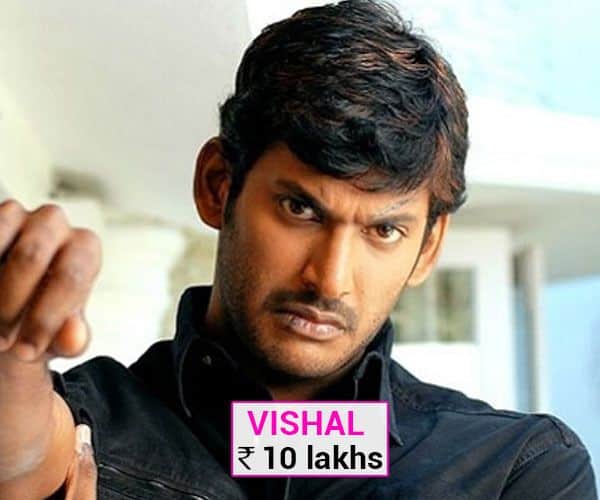 Besides these actors, many other celebrities from various walks of life, too, have contributed to the Kerala CMRF to help the state.