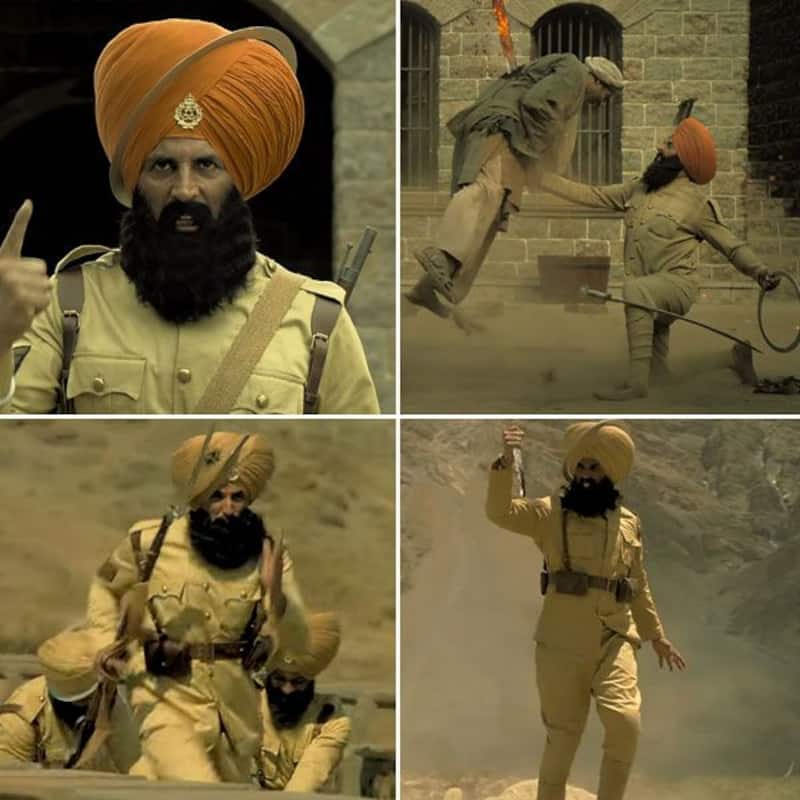 The second track from Akshay Kumar starrer Kesari has been released. After Sanu Kehndi, another Punjabi number, Ajj Singh Garjega has hit the web. The video starts with Kumar's dialogue on the importance of the Kesari colour. The song is heavily picturised on the battle between the Sikh soldiers and the Afghanis. In about two minutes, Ajj Singh Garjega plays out a brutal battle with blood-stained swords. Crooned by Jazzy B and composed by Chirrantan Bhatt, Ajj Singh Garjega is a powerful track. Check out the song here first... Also Read - Ram Setu superstar Akshay Kumar goes back to his safest bet, a film with Priyadarshan to recreate box office magic

Kesari will open in theatres on March 21, on the festive day of Holi. The movie is based on the Battle of Saragarhi where 21 soldiers went to war against 10,000 Afghans in September 1897. It also stars Parineeti Chopra in a key role. The Anurag Singh's directorial is produced by Karan Johar, Hiroo Yash Johar and Apoorva Mehta among others. Also Read - Ayushmann Khurrana, Tiger Shroff, Akshay Kumar and more Bollywood stars who slashed fees for SHOCKING reasons