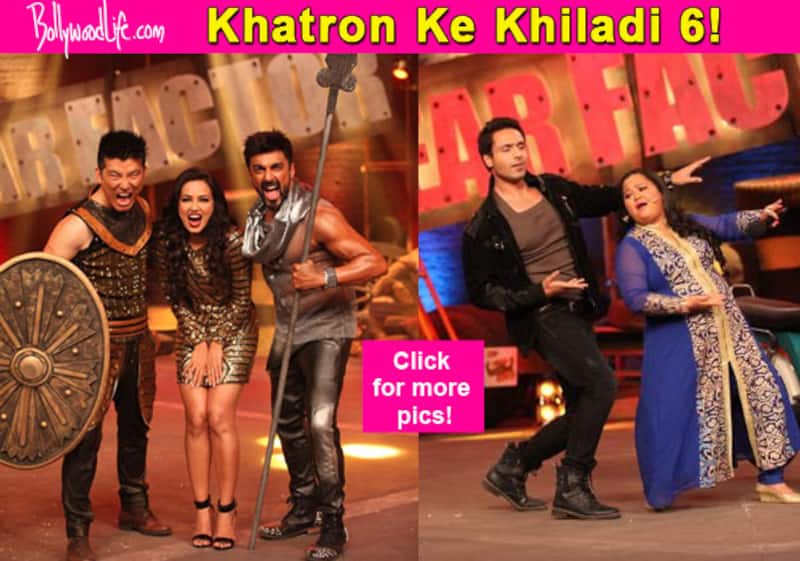 Rohit Shetty's action-packed reality show is finally coming to an end. The sixth season of Khatron Ke Khiladi will air its grand finale this weekend. And as the name suggest, the finale is going to be grand! Because there’s going to be more to it than announcing the winner... Also Read - From Shweta Tiwari to Shweta Basu Prasad: 7 TV actresses who underwent drastic transformation after their split

To start with, we'll be treated to some great performances by the contestants. While Meiyang Chang and Ashish Chowdhry will shake a leg on hit Bollywood numbers, Jee Karda and Jash-e-Ishq, Nandish Sandhu, Hussain Kuwajerwala and Siddharth Bhardwaj will perform on Rafta. Also Read - Rithvik Dhanjani reveals being single for past three years post split from Asha Negi [Exclusive]

Next in queue are the girls- Ridhi Dogra, Asha Negi and Rashami Desai- who are going to set the stage afire with their sizzling dance on Yaar Na Mile. Also Read - Bharat Jodo Yatra: Pooja Bhatt to Rashami Desai — Celebs who joined Rahul Gandhi in his mission

Now what’s a show without a girls vs boys face-off? So we have that too!

And lastly, in the most hilarious act, Iqbal Khan will be seen dancing with comedian Bharti Singh. Oh poor chap! Of course where there’s Bharti, there are also going to be a lot of jokes and laughs and fun. So gear up for it!