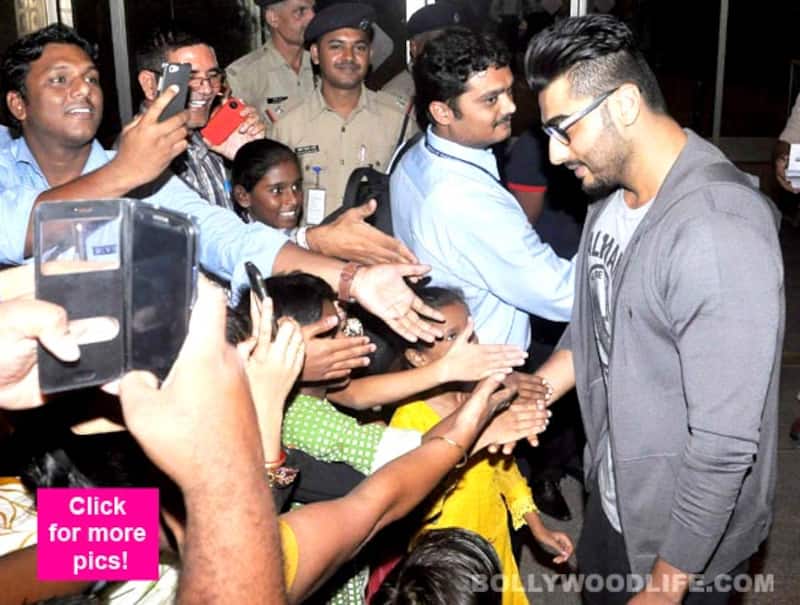 Guys, it’s time to say bye-bye to your fears and dive into action and adventure. The seventh season of Khatron Ke Khiladi is going to start and host Arjun Kapoor along with contestants Tanishaa Mukerji, Jay Bhanushali and Mahhi Vij and Sana Saeed were seen at the airport leaving for the Latin American nation. Arjun Kapoor seemed in a good mood as he shook hands with a few fans at the airport. He was dressed in comfy travel wear carrying a small backpack. Tanishaa lived up to the concept of airport style sporting leather pants and a coral top. However, Mahhi Vij and Sana Saeed seemed to be in the sexy Latina mood already. The former was seen in tiny shorts and tee while Sana opted for a playsuit. With the flight time from India to Argentina being more than 20 hours, we wonder how they will beat the in-flight chill. Also Read - Ek Villain Returns Trailer: Netizens aren’t happy with Arjun Kapoor’s casting; Disha Patani’s hot avatar grabs attention [View Tweets]