Khatron Ke Khiladi logo is out and the tagline reads, 'Jigar pe trigger'

Check out the logo here...

Last week, Bigg Boss 12 logo got leaked and this week we get to see the logo of Khatron Ke Khiladi season 9! As we know, every year, the logo changes and gets a unique tagline packs the flavour of season's dangerous stunts and action. The show will be going on air next year but the shoot has already mid way in Argentina and we have been keeping you posted about all the happenings and the eliminations. Well, the logo and the tagline of the show have finally been released and it will make you more eager for its premiere. Also Read - Khatron Ke Khiladi 11's Shweta Tiwari's daughter Palak looks smoking hot in strapless floral mini dress – view pics

While the logo stays the same, this time's tagline is 'Jigar Pe Trigger' that reinstates that this season will indeed make our heart beat faster. And why not, with the names of the stars who got eliminated, we can understand the stunts will be too difficult to perform.

After Khatron Ke Khiladi 9, Zain Imam to be seen in a romantic action-thriller?

Check out the logo here... 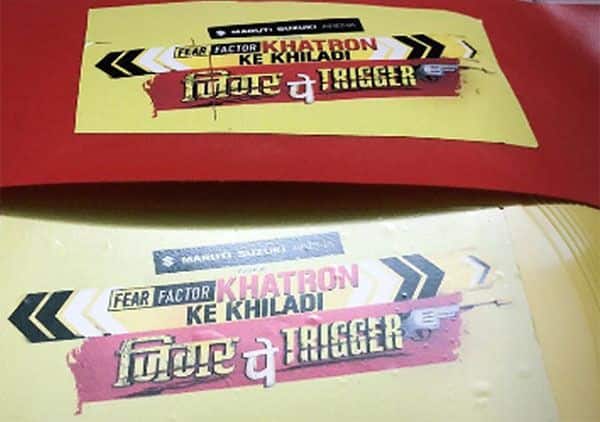 Meanwhile, the latest one to get eliminated from the game is Zain Imam. Rumours are rife that the actor will be soon seen in a romantic action-thriller after this. On the other hand, Aditya Narayan and Aly Goni have entered the show again as wild card entries. Vikas Gupta returned to the bay after suffering a shoulder injury.

Are you excited for this season? Tweet to us @bollywood_life. For more scoops and updates, stay tuned to BollywoodLife.