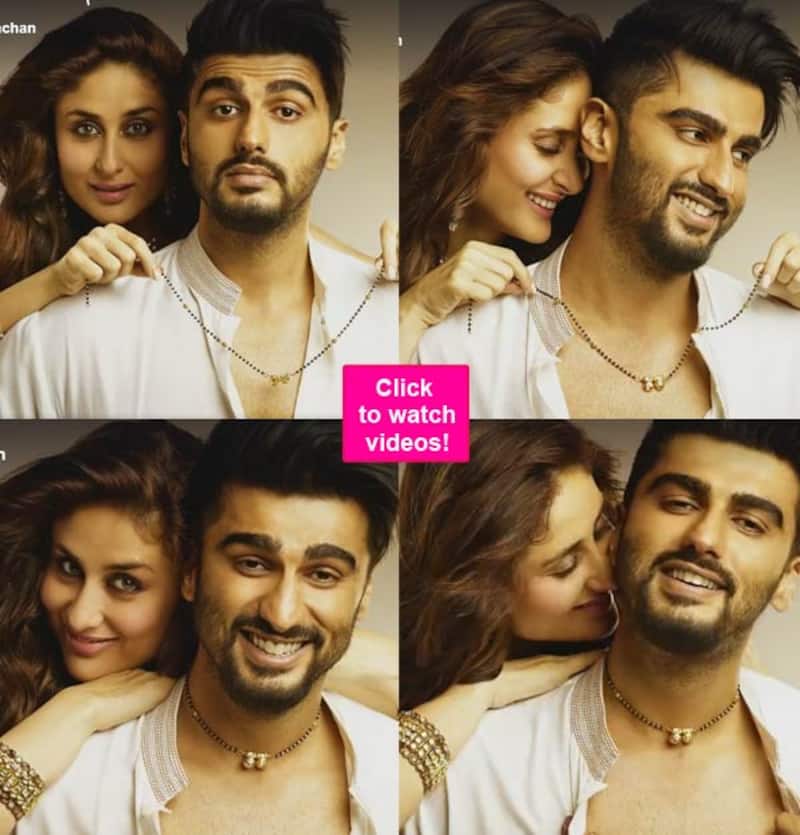 Big B recently released the motion poster of the film through his social media handle!

If an R. Balki film is coming in the forefront then you can definitely count on him to make your day with fresh and interesting cinematography. The director whose project Ki and Ka came under the spotlight much before its release date due to Arjun Kapoor and Kareena Kapoor Khan’s new pairing, has an intriguing way of presenting his film to you. Also Read - Arjun Kapoor reacts to boycott trends against Bollywood: 'Kaafi keechad jhel liya...ab…'

In the motion poster, released by Amitabh Bachchan, wo is making a special appearance in the film along with wife Jaya Bachchan, Kareena is seen tying a mangalsutra around Arjun’s neck. In real life it may be offensive to some people and communities but in R.Balki’s world all is fair in love and war. The motion posters sees many crazy snapshots of the two and ends on a note, ‘releasing on fools day’. Cute eh? Also Read - Kareena Kapoor Khan, Shilpa Shetty, Bipasha Basu and more B-Town beauties who embraced motherhood in their 40s

Kareena plays a career-oriented wife while Arjun essays the role of a homemaker in the film. Yes the roles have reversed, about time don’t you think? The film will give some interesting insights about the set gender roles in our society and we are looking forward to the same. This film went on-floors in August 2015 and its last schedule wrapped up in October 2015. Ki and Ka was shot across Mumbai, Delhi and Dubai. Also Read - Sara Ali Khan's sweet gesture for a fan to Tamannaah removing shoes to light a lamp; 5 times B-town actresses left netizens impressed

We are really excited to catch this flick, are you?