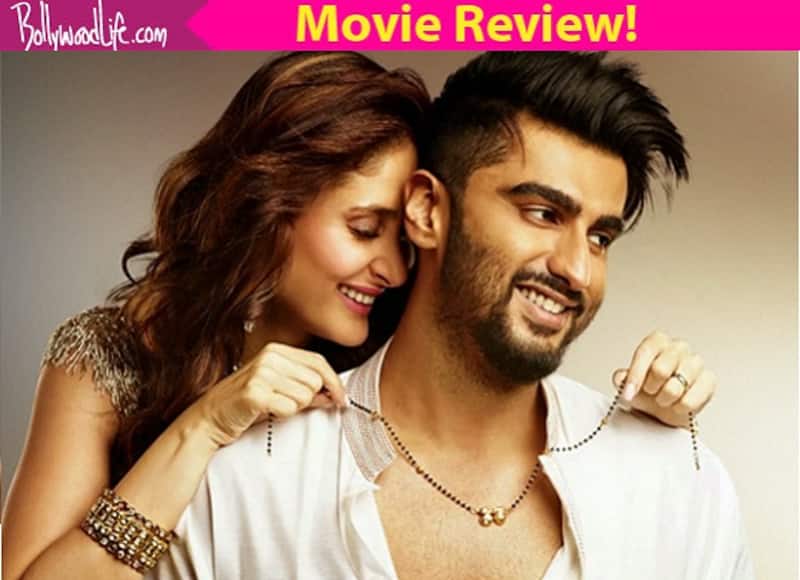 The film is directed by R Balki. Also Read - From Ananya Panday in Liger to Kareena Kapoor Khan in Laal Singh Chaddha; Actresses who weren’t the FIRST choice for their films

Abhimaan in a kitchen. This one line sort of sums up the story of Kareena Kapoor Khan and Arjun Kapoor's Ki & Ka. The irony is that Abhimaan's original cast Amitabh Bachchan and Jaya Bachchan make cameo appearances in the R Balki film. Arjun plays Kabir. He's rich but not a brat. He's jobless but not worried. He's sort of broke but rides on segways and has a strange fetish for railway carriages. Kareena is the ambitious Kia who believes that men are only alive to make women feel like crap. When Ki and Ka cross paths or flights they realise their differences and conflicts are extremely sexy and attractive. They roll under bedsheets, exchange multiple kisses and make us believe that a stay at home husband and a working woman can happily co-exist. It doesn't take too long before the illusion shatters and reality crawls in to bring up its ugly head. Ki and Ka tests your patience but salvages itself in a second half that seems in a rush to reach its end. Also Read - Kaun Banega Crorepati 14: Amitabh Bachchan charged WHOPPING amount for each season; his fees will leave you stunned

Arjun Kapoor proves that with a good role and a director he can pull off anything. Not making his Ka empathetic or a sorry figure he brings out the fine balance of anger and love to his role. Using subtlety and believing that less is more he gives us a convincing performance. Balki is able to create the right friction between his actors to bring out the drama of the sexes. Kareena's final outburst is fantastic and also a sort of painful reminder of why we miss her so much on the large screen. Amitabh and Jaya's cameo is a BIG surprise and the only scene that actually stays with you till the end. Loved how Balki for a moment made us believe we were actually in their living room!

There isn't enough diversity or scope to develop these characters beyond the obvious in the film. And that's a big bummer. We are stuck watching long drawn monologues and back and forth banter between Ki and Ka who argue about their personal beliefs and values. We are never explained why Arjun doesn't want to work. What's driven him up the wall to the extent that he wants to become a stay at home husband? And there's nothing wrong with him making that choice but we wish Balki had given us a better backstory. The songs are a distraction to the lack of a better plot and don't really take the story anywhere.

Ki and Ka is sweet and has its moments, but I couldn't stop myself from saying 'yeh dil maange more!'