Kiara Advani gives befitting answer to scribe on her plans to settle down; Karan Johar asks, 'What about my marriage?'

At the trailer launch of Jug Jugg Jeeyo, Kiara Advani was asked about her plans to settle down and get married and the actress won hearts with her befitting reply to the scribe's question. Karan Johar also didn't shy away from taking a dig at the media person. 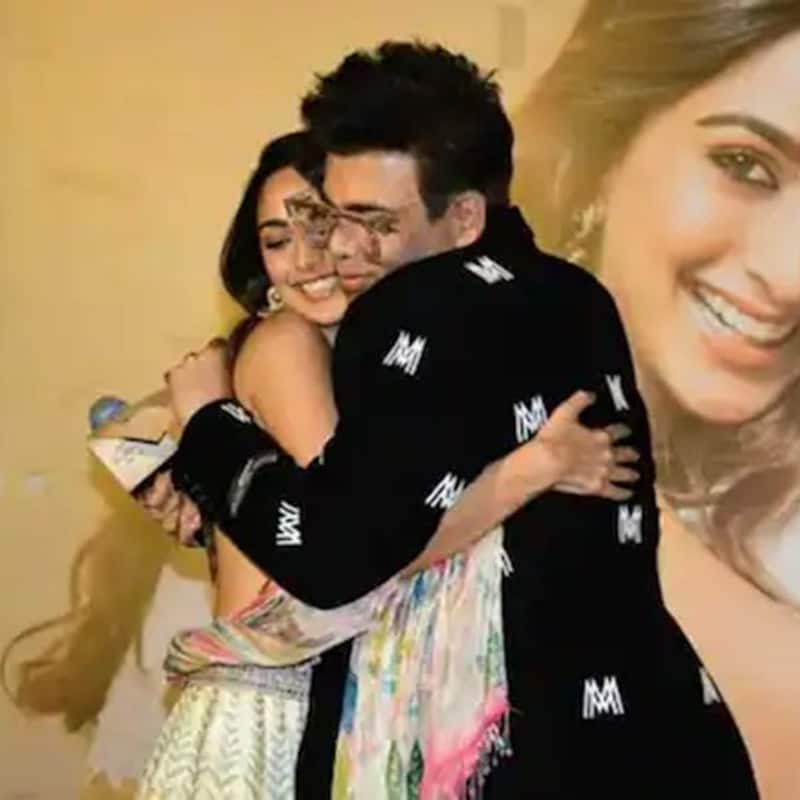 Of late, Kiara Advani has been in the news for her alleged breakup with her rumoured boyfriend Sidharth Malhotra. However, the two showcased their bond on a couple of occasions, which has made their fans believe that all is well between them. At the trailer launch of Jug Jugg Jeeyo, Kiara was asked about her plans to settle down and get married and the actress won hearts with her befitting reply to the scribe's question. Also Read - Before Vijay Deverakonda in Liger, Kichcha Sudeepa, Siddharth and these other actors went completely NUDE in Telugu movies [View Pics]

"Without marriage, I can be well settled, right? I am well settled. I am doing work. I am earning and I am happy," Kiara quipped when she was asked about her marriage plans. Before Kiara's response, Karan Johar didn't shy away from taking a dig at the media person by sarcastically asking if he is not worthy of a question on his marriage. Also Read - Liger: Vijay Deverakonda poses completely nude in latest poster of Puri Jagannadh film; looks like a Greek God

"You didn't ask me about my marriage? I am 50 now. Don't you think I am worthy of marriage? Even, I can get married. Shaadi ko talent nahi, majboori hoti hain. (Marriage is not a talent but a compromise)," KJo said. Also Read - Trending Entertainment News Today: Alia Bhatt smartly hides her baby bump; Sushmita Sen reveals Mahesh Bhatt insulted her and more

For the unversed, Kiara and Sidharth were photographed attending Salman Khan's youngest sister Arpita Khan's star-studded Eid bash. Sidharth was seen in a black kurta pyjama for the party while Kiara was dressed in a white and grey top and pants paired with a long shrug. The two posed for the photographers, Sidharth then joined Kiara to lead her to the party. Recently, Sidharth had accompanied Kiara at Bhool Bhulaiyaa 2 screening.

It is not clear what led to rumours of their split. Sidharth and Kiara were seen sharing screen space together in the film very well received Shershaah. Apart from Jug Jugh Jeeyo and her Friday release Bhool Bhulaiyaa 2, Kiara will next be seen in Govinda Naam Mera and a Telugu film. Sidharth too has a lineup of films such as Yodha, Mission Majnu and Thank God in his kitty.