The proud parents shared the first picture of their new born baby boy, Saint West for the world to see! 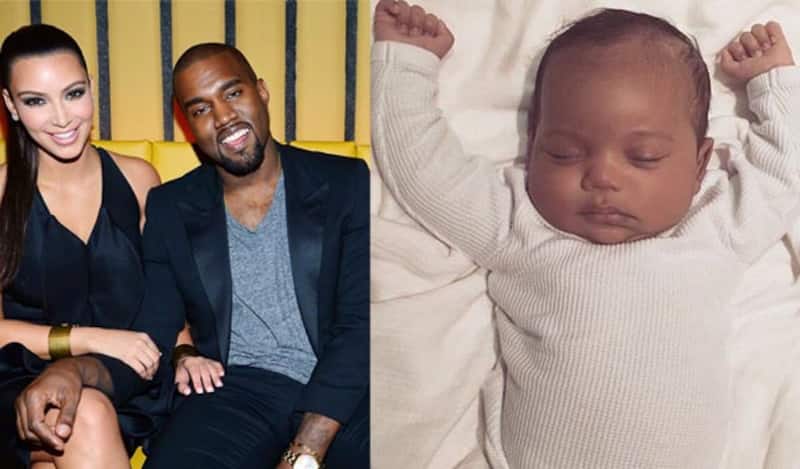 The celebrity parents share the first picture of baby West

It is yet another proud moment for celebrities and socialites, Kim Kardashian and her spouse Kanye West. The proud parents shared the first picture of their newborn baby boy, Saint West for the world to see. Kim and Kanye already have a daughter, called North West, who is just two years old. Also Read - Kim Kardashian sweats out in a nude bikini in the gym; says, 'I do my own heavy lifting' [View Pics]

The famous couple are known all around the world, but not for all the right reasons. The Kardashians and Kanye are famous for controversy. Kim is known for flaunting off her hot bod at every chance she gets. In fact, more than the films and television series she has done, Kim is known for her famous sextape with her then boyfriend Ray J. Also Read - Trending Hollywood News Today: BTS' J-Hope-RM attend Billie Eilish's concert, Jennifer Lopez-Ben Affleck plan a 3-day wedding and more

As for Kanye, he is an artist, rapper and entrepreneur. He is a pretty big name in mainstream music scene but he is known to create controversy wherever he goes. Back in 2004, Kanye had stormed out of an award show as he did not receive an award he felt he deserved. Later in the VMA's in 2015, the rapper had spontaneously gotten on the stage and announced that he will run for president in the year 2020. Kanye has been facing even more ridicule on social media after that incident, if that's possible. Also Read - Move over Kim Kardashian, Urfi Javed – IG model Demi Rose leaves very little to the imagination in her latest bikini pics

The couple had also faced a lot flak for naming their firstborn as North West and felt that her childhood will be destroyed. However, the two have proved to be admirable parents till now. And now that Saint West is also a part of the family, we really hope that the kid has a great childhood.